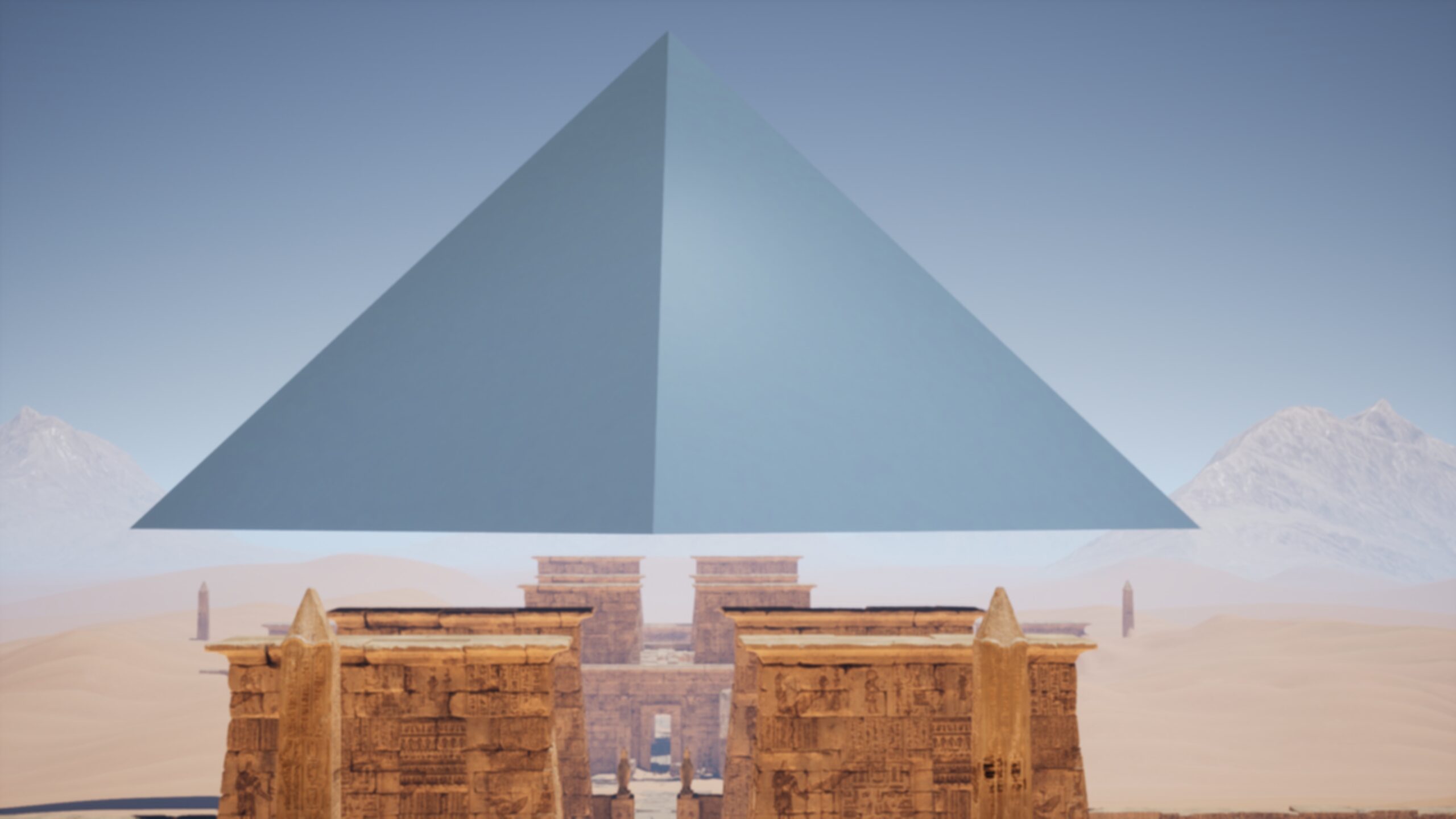 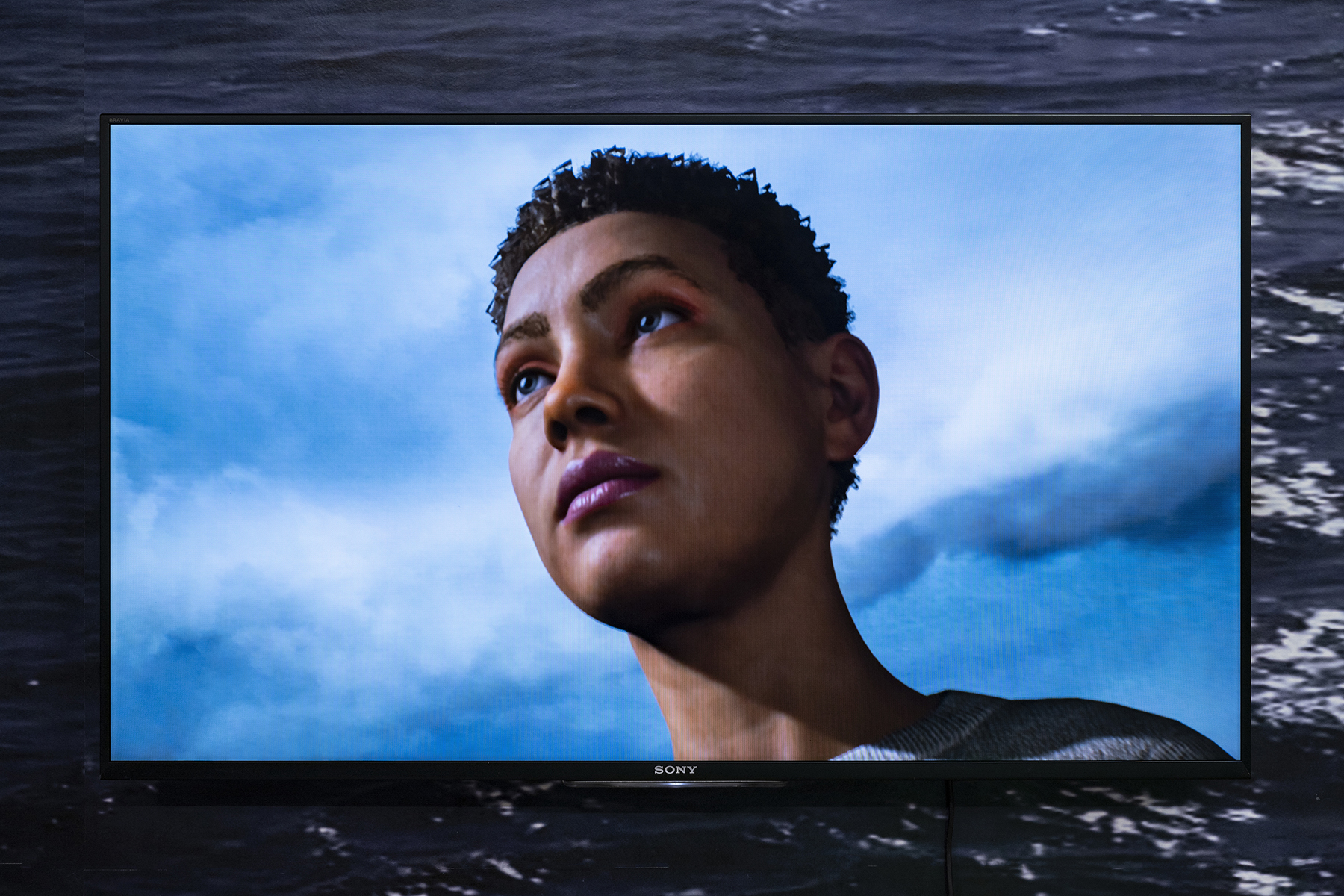 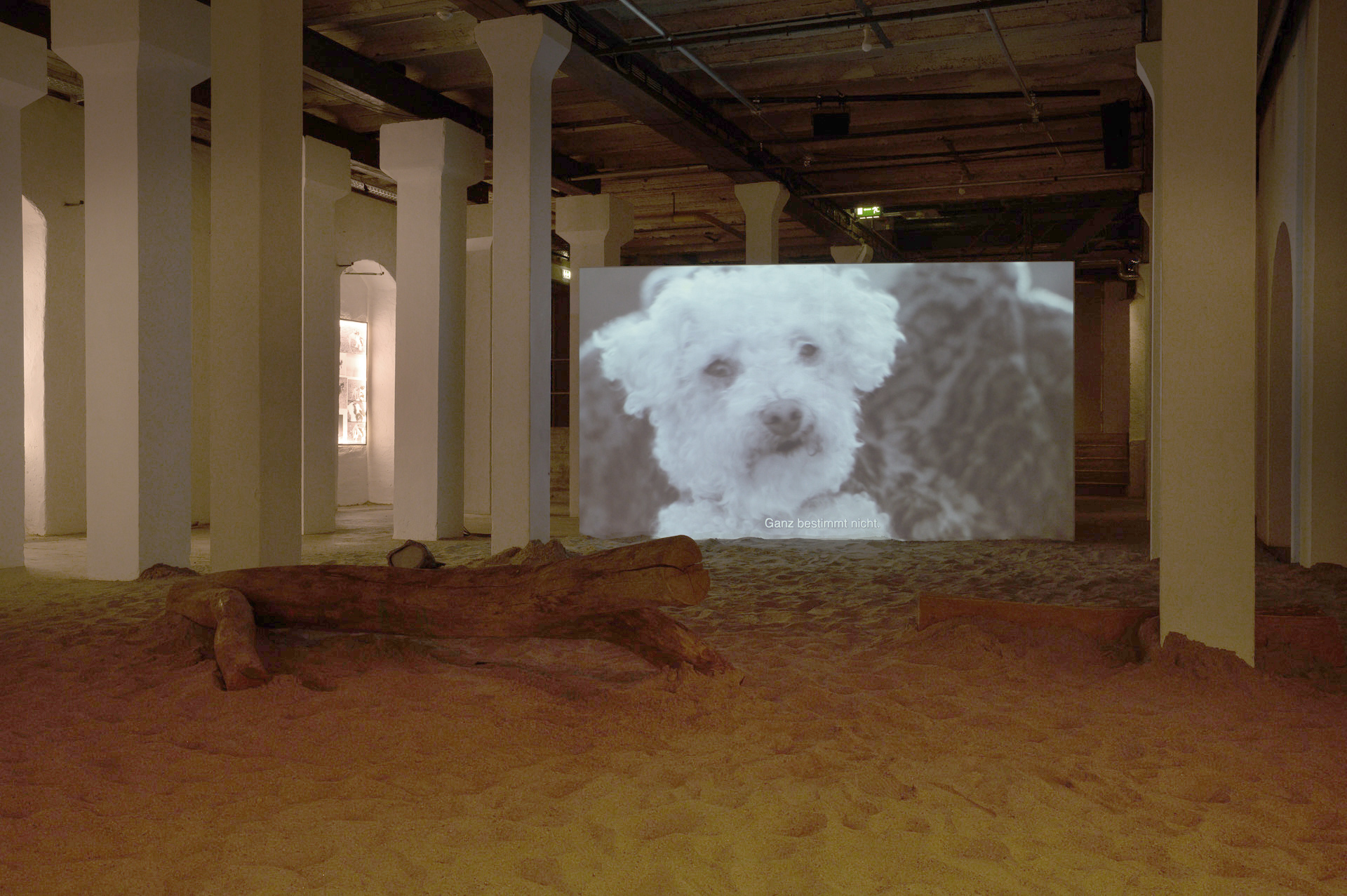 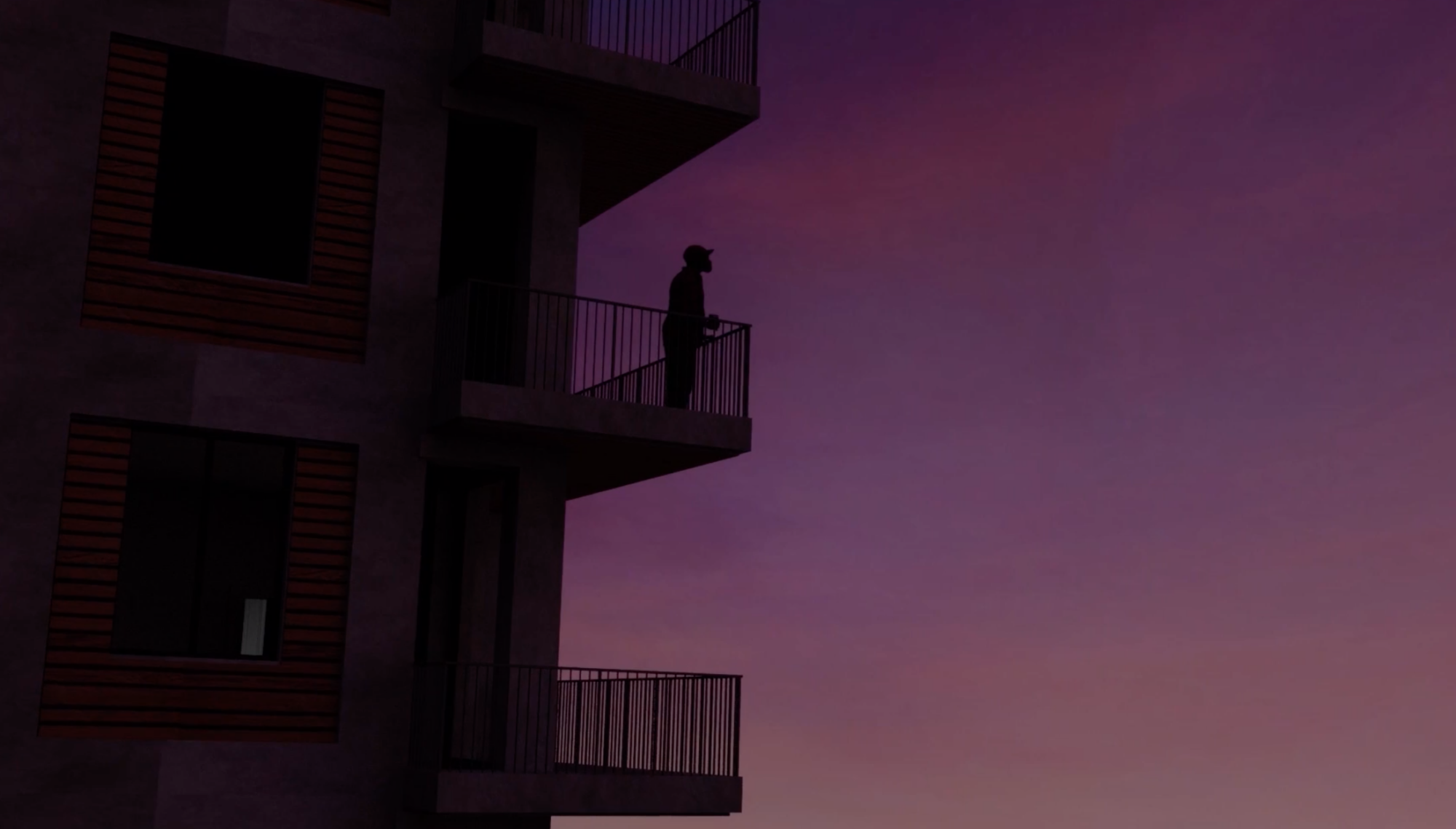 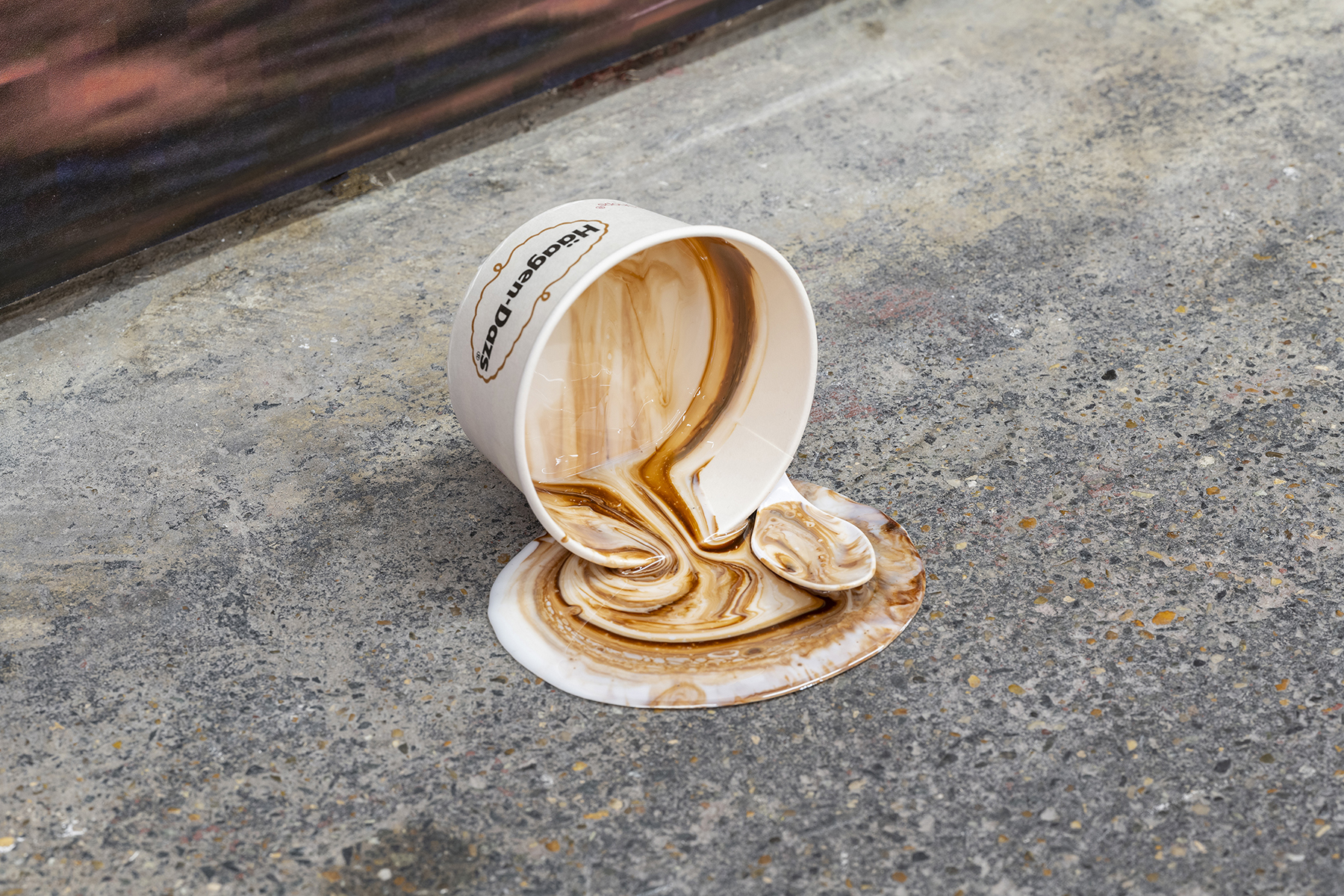 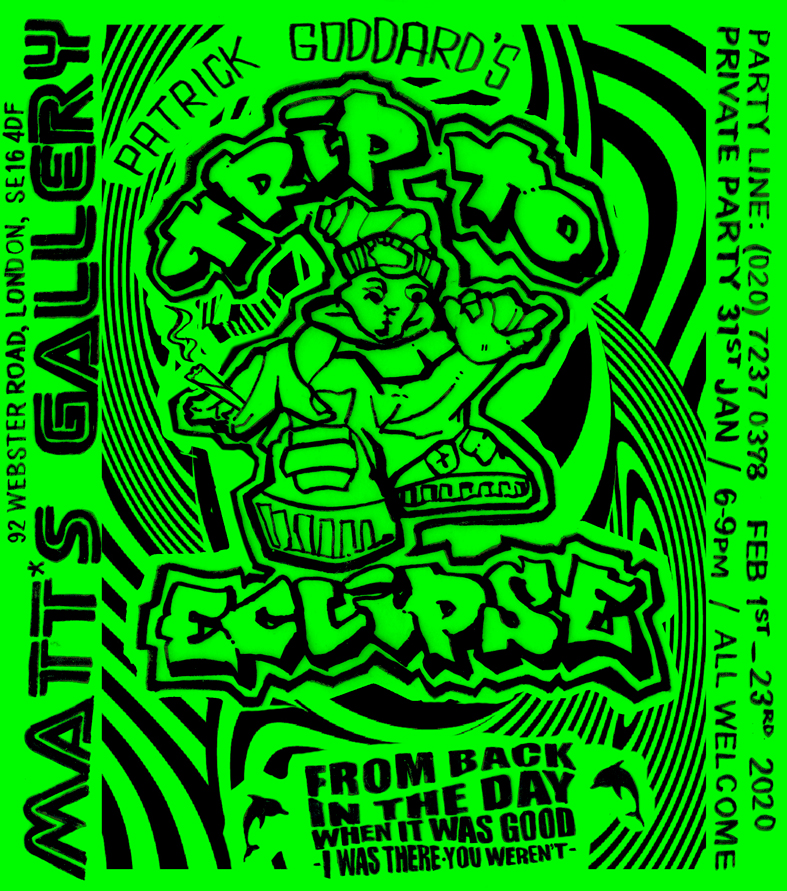 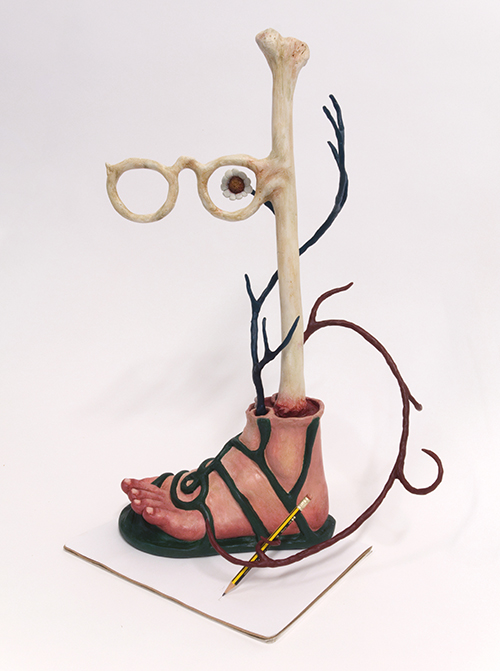 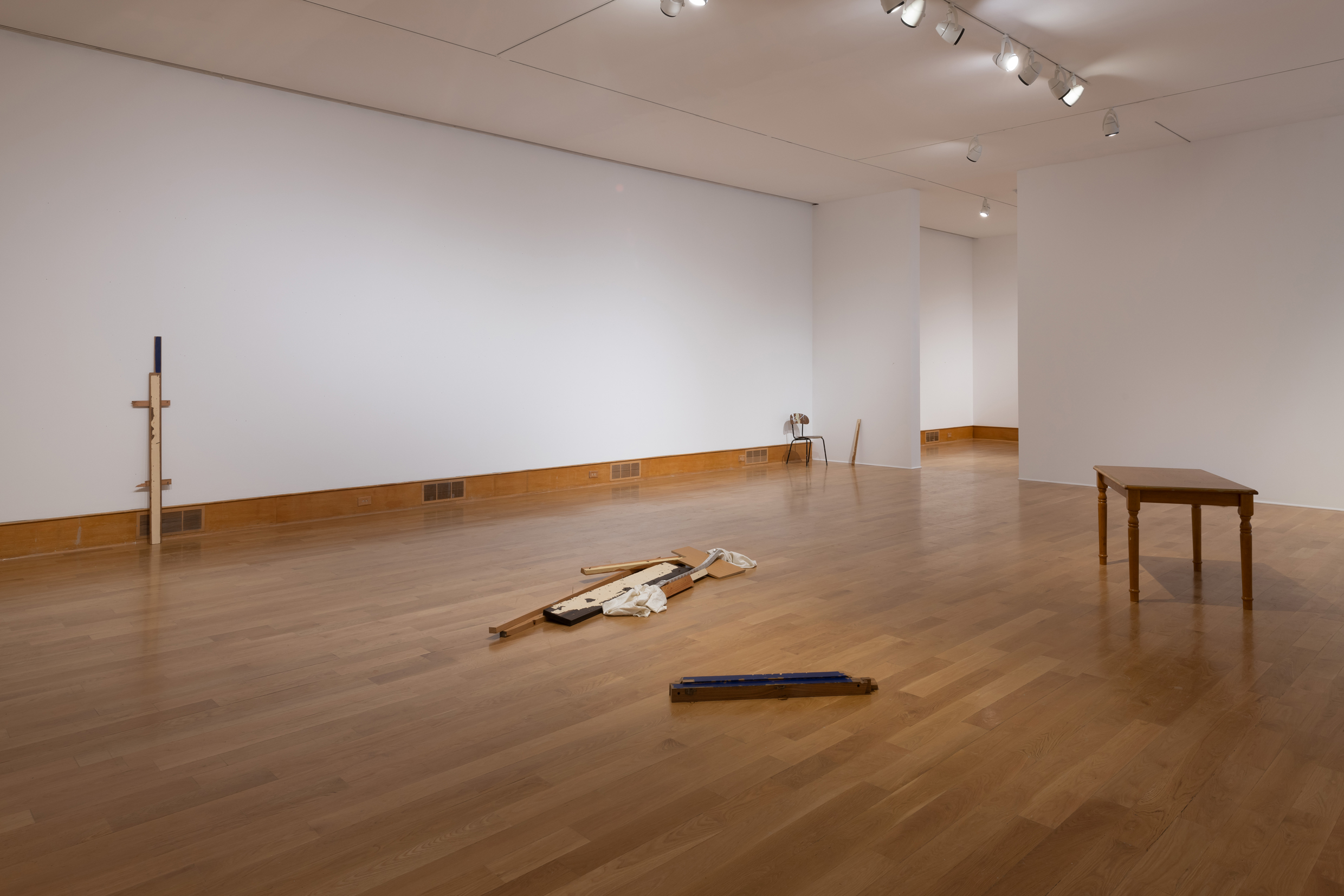 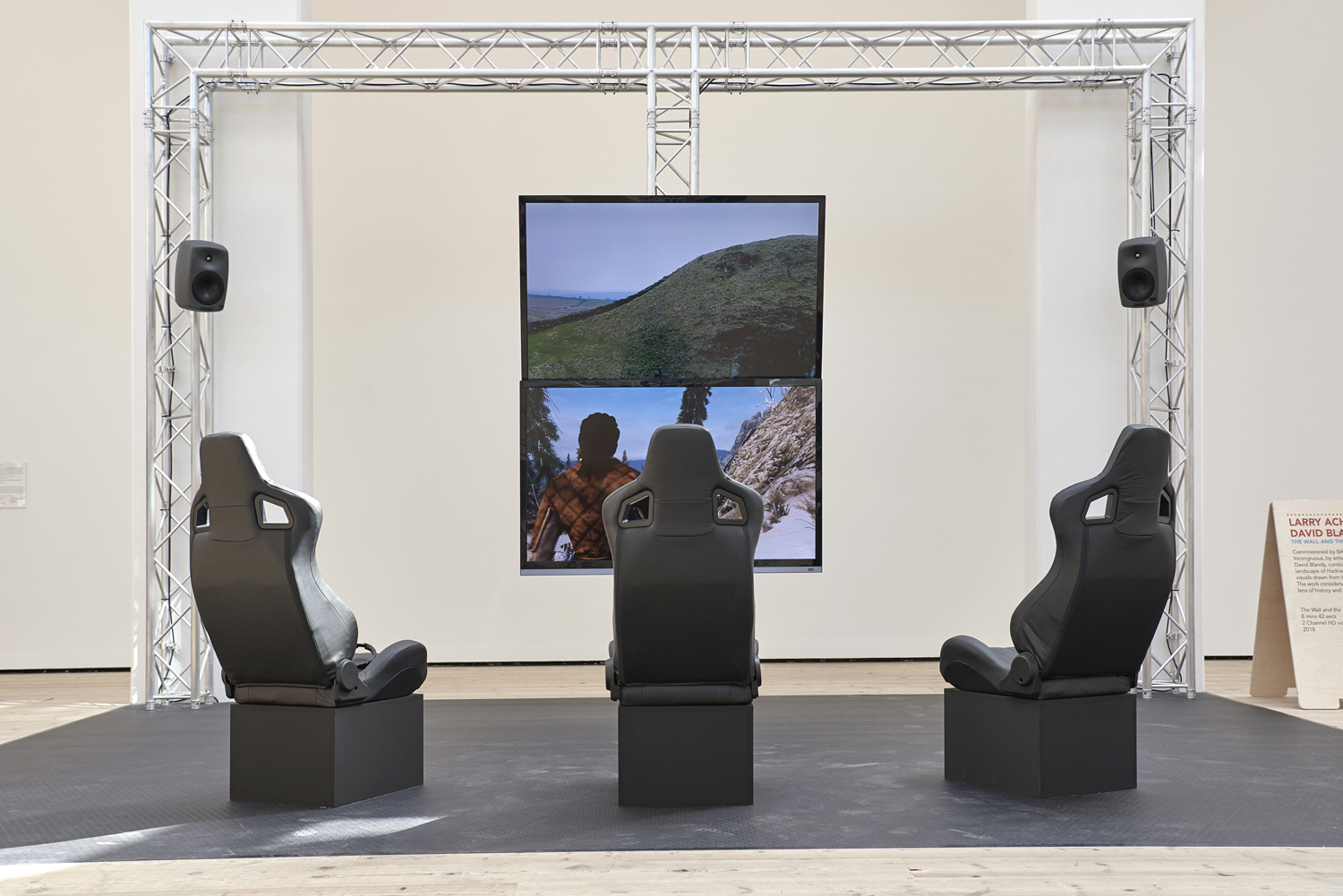 Megan Rooney in Out the Mouth, MAP’s 2017 Commission

Saturday 30 September 2017 from 4pm onwards Megan Rooney will be performing on the west coast of Scotland in Cove Park, Peaton Hill, Argyll and Bute with Emily LaBarge, Quinn Latimer and Laura McLean Ferris. Commissioned and produced by MAP this event activates Megan Rooney’s project Others got wings for flying, … END_OF_DOCUMENT_TOKEN_TO_BE_REPLACED

Questions, Answers & Evasions Thursday 18th May 2017 7pm at Seventeen   The gallery will exhibit The Go Professional Trilogy within their installation environments until 7pm, followed by a Q&A. Additionally the short film Difficulties in Impression Management (Goddard, 2013/16, 14’00”) will be screened as part of the conversation. Patrick Goddard, Tune into Sanity FM! Installation view, 2017

Opening 3rd March, 2017 4th March – 7th May 2017 Andrea Büttner is extending the invitation to her first exhibition at a Swiss institution, from Kunst Halle Sankt Gallen: in dialogue with her work she is presenting an exhibition about Simone Weil borrowed from the Friedensbibliothek/Antikriegsmuseum Berlin (Peace Library/ Anti-War … END_OF_DOCUMENT_TOKEN_TO_BE_REPLACED

Seventeen NYC will be closed Thursday 24th & Friday 25th November 2016 for Thanksgiving Holidays. The gallery will be open on Saturday & Sunday on regular hours.

David Blandy and Larry Achiampong will present their film ‘Finding Fanon Part Three: Prologue’ at Tate Modern on Tuesday 6th December, 19:30-20:30, with live music and spoken word. Incorporating music, spoken word and large-scale video projection, the performance reflects on how the politics of race affect relationships in an age of technology and … END_OF_DOCUMENT_TOKEN_TO_BE_REPLACED

A glass is empty of everything but simple passage

Seventeen will present a solo booth by Jon Rafman at Frieze London 2016. The work will be comprised of a large sculptural installation with a virtual reality component. Find us at booth G24. For visitor information see: https://frieze.com

Uriel Orlow at The Showroom, London

Uriel Orlow: Mafavuke’s Trial and Other Plant Stories A major new commission which explores the botanical world as a stage for politics at large through film, photography, installation and sound. Working from the dual vantage points of South Africa and Europe, the project considers plants as both witnesses and actors in … END_OF_DOCUMENT_TOKEN_TO_BE_REPLACED

https://vimeo.com/176254725 Alongside Ed Fornieles and Matt Goerzen, Hannah Perry is showing new installations and films at Arsenal, Montreal. For more information about the exhibition I feel we think bad see www.arsenalmontreal.com

Graham Dolphin at the Tyneside Cinema

Sophie Michael’s solo exhibition,  Trip (the Light Fantastic), will be on display at Art Now at Tate Britain from 11th July to 30th October 2016. See www.tate.org.uk/visit/tate-britain/display/sophie-michael-trip-light-fantastic for more information.

Oliver Laric’s solo exhibition Photoplastik transforms the Secession’s main hall into a sculptural grand assembly, bringing together works across the ages from antiquity to the present. Most of the 3D-printed objects bear a close relationship to Vienna, where Laric took his 3D scanner to public settings as well as renowned institutions … END_OF_DOCUMENT_TOKEN_TO_BE_REPLACED

Uriel Orlow will have a solo exhibition at the Castello di Rivoli, curated by Marcella Beccaria. The exhibit, titled Made/Unmade, runs from 26th June to 25th October 2015. For more information see www.castellodirivoli.org

Uriel Orlow will be exhibiting at Kunsthaus Zürich in the exhibition Europe – The Future of History from 12th June to 6th September 2015. The exhibition features over 60 artists including works by Joseph Beuys, Max Ernst,  Peter Fischli & David Weiss, Martin Kippenberger and Paul Klee. Orlow will also hold an artist’s talk on Wed … END_OF_DOCUMENT_TOKEN_TO_BE_REPLACED

John Hansard Gallery will hold a solo exhibition by Uriel Orlow  from 3rd March to 25th April 2015. More information about the exhibition, titled Unmade Film, can be found at their website here.

Oliver Laric has a solo exhibition at The Hirshhorn in Washington, DC from 30th May to 5th October 2014.  For more information see www.hirshhorn.si.edu

Oliver Laric has a solo project at Entrée in Bergen, opening Thursday 22nd May, 2014. For more info see www.entreebergen.no

Sophie Michael will be screening work in Film Program In Which There Appear Colour Bars, Greek Pop Songs, Didactic Eye-makeup, Etc as part of the Images Festival. The festival is the largest festival in North America for experimental and independent moving image culture. For further information see http://www.imagesfestival.com/calendar.php?event_id=1264

Oliver Laric’s project at The Collection, Lincoln is now online. Laric was awarded the Contemporary Art Society Annual Award in 2012, with a project that involves scanning works from the museum collection and publishing the resulting 3D models online. These digital models are available to download and use, free from … END_OF_DOCUMENT_TOKEN_TO_BE_REPLACED

Jon Rafman presents the world premiere of his latest film I dig, you dig, and it, the worm, digs too (2013). The film explores personal and cultural histories and identities through the eyes of a virtual anthropologist researching online communities and subcultures – primarily located in Second Life and multi-player … END_OF_DOCUMENT_TOKEN_TO_BE_REPLACED

A talk by Uriel Orlow at ICA, London

Uriel Orlow will be giving a talk at ICA, London on 27th September. For further informatiion and to book tickets see their website: http://www.ica.org.uk/39011/Talks/Culture-Now-Uriel-Orlow.html

David Blandy has a solo exhibition, Anjin 1600: Edo Wonderpark at Create London at the Rose Lipman Building from 13th September-26th October 2013. For further details see http://www.createlondon.org/event/anjin-1600-edo-wonderpark-david And for a related interview with Blandy in Time Out see http://www.timeout.com/london/art/meet-the-artist-david-blandy

A talk by David Raymond Conroy

As part of his current solo exhibition at Modern Art Oxford, David Raymond Conroy is presenting a talk, this Thursday 5th September. For more information see their website http://www.modernartoxford.org.uk/whats-on/ppe-or-i-am-blind-and-it-is-spring/about/

Uriel Orlow will be exhibiting new works as part of Monday Begins on Saturday, the first edition of Bergen Assembly. For more details see en.bergenassembly.no

Uriel Orlow has been shortlisted for The Jarman Award 2013. The winner will be announced at a special event on 6 November at the Whitechapel Gallery and will receive combined prize money of £10,000 as well as a film commission for Channel 4’s short-form arts strand, Random Acts. The 10 strong … END_OF_DOCUMENT_TOKEN_TO_BE_REPLACED

David Blandy will be exhibiting Background at Aspex Gallery, Southsea. Preview: Thursday 18 July 2013, 6-8pm. Artist Talk: Wednesday 14 August, 6pm. “For this exhibition David has commissioned his father to produce a series of pastel landscapes, based on appropriated images. This employment of virtual scenes produced by a third, … END_OF_DOCUMENT_TOKEN_TO_BE_REPLACED

David Raymond Conroy has a solo exhibit at Modern Art Oxford, starting 30 July. The show will be a series of works designed to test and question the value judgments made on a day-to-day basis when encountering everyday items. In PPE or It is spring and I am blind, Conroy layers … END_OF_DOCUMENT_TOKEN_TO_BE_REPLACED

4th June 2013 6.30pm – 8pm Free David Raymond Conroy has been invited to give a talk at Nottingham Contemporary, as part of the series presented alongside Mark Leckey’s curated exhibition, The Universal Addressability of Dumb Things. The talk, I know that fantasies are full of lies (Take II), takes … END_OF_DOCUMENT_TOKEN_TO_BE_REPLACED

Oliver Laric – A Different Kind of Order: The ICP Triennial

David Raymond Conroy is featured in Rickroll, organised by Open File at Spike Island. As notions of public space have shifted with the advent of the internet, social codes have been separated from their ‘real worldʼ counterparts. This evening of screenings and performances explores forms of emerging online interaction, memes and virtual … END_OF_DOCUMENT_TOKEN_TO_BE_REPLACED

In conversation with Thomas Bayrle. For further information see: http://moussemagazine.it/articolo.mm?id=911

Jon Rafman at The New Museum

Jon Rafman has a work on view as part of the New Museum’s online curatorial program. For more information and to view the work see www.newmuseum.org/

David Raymond Conroy will be contributing to Jerusalem II and will give a new talk Do You (cover) at the Showroom Cinema, Sheffield on Saturday at 11.15 am. For further info see http://www.tillwehavebuilt.com/index.php/chapterii/

Susan Collis has several works on show as part of the exhibition Lifelike, initiated by The Walker Art Centre, at New Orleans Museum of Art until 27th January 2013. For more information see www.noma.org/exhibitions/detail/53/Lifelike