Skip to content
Dolphin’s recent practise is characterised by works such as Bench, 2009 and Sink, 2011, who take their form from a wooden bench that sits in Viretta Park, Seattle and a pair of sinks in the laundry house of the Vallegrande hospital in Bolivia, respectively.

One of the wooden benches in Viretta Park, Seattle overlooks the site of Kurt Cobain’s suicide, the now demolished garages at the rear or his former home. In the absence of a formal site, this object has become an impromptu memorial to the deceased rock star, through the cumulative addition of small, heartfelt but perhaps ultimately throwaway tributes scratched into the wood by the hundreds of fans visiting the spot. The pair of concrete sinks in Bolivia, which are also covered with text, are the slabs upon which Che Guevara’s corpse was displayed to the world press the day after his execution on October 10, 1967. The display took place to prove that he had been captured and killed by CIA assisted Bolivian rangers, and the location attracts visitors who leave their mark on the sinks and the surrounding surfaces. 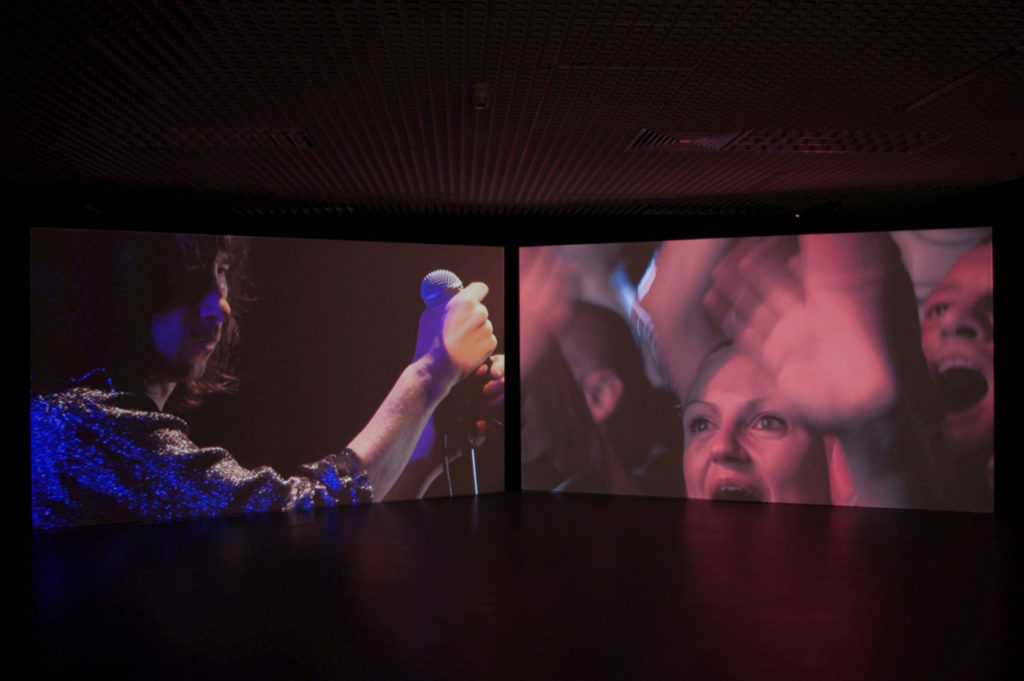 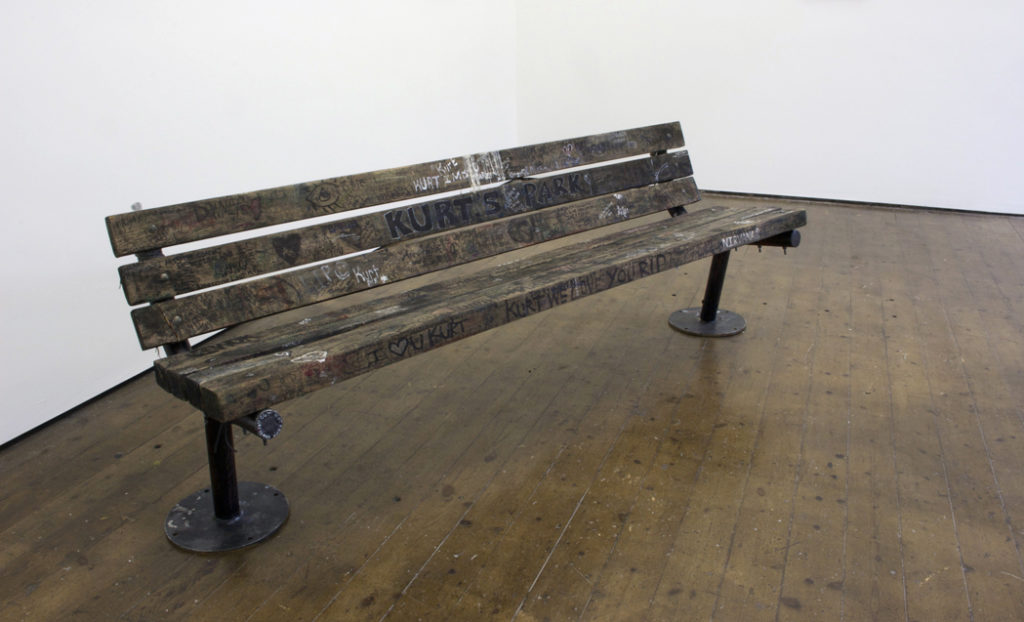 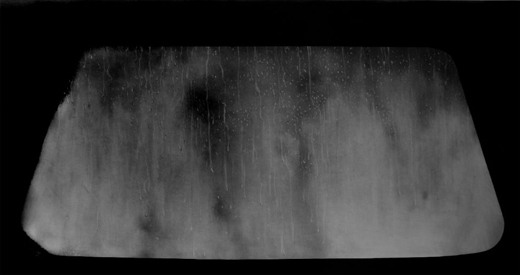 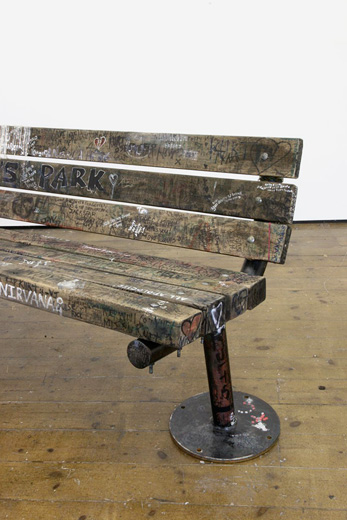 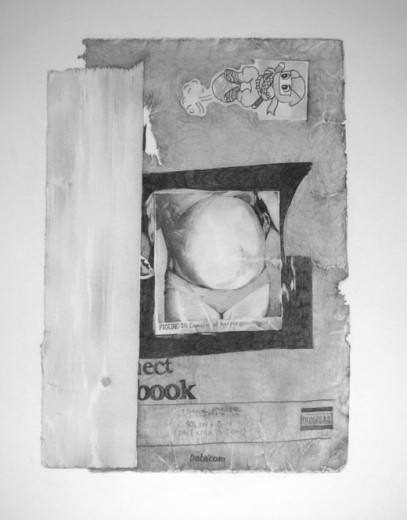 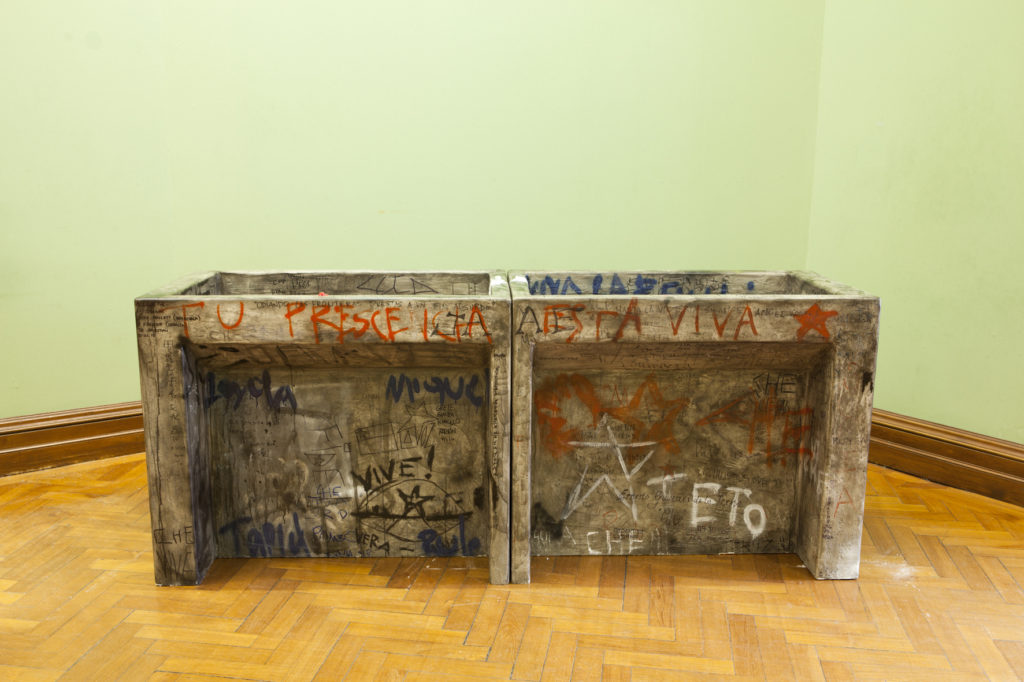 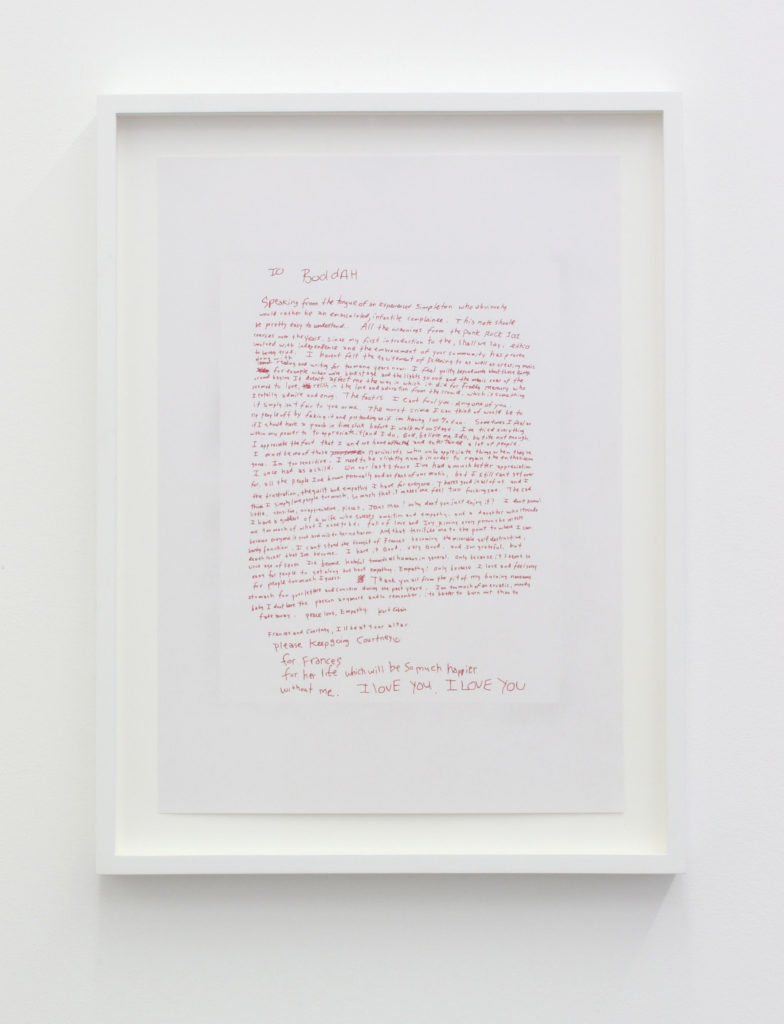 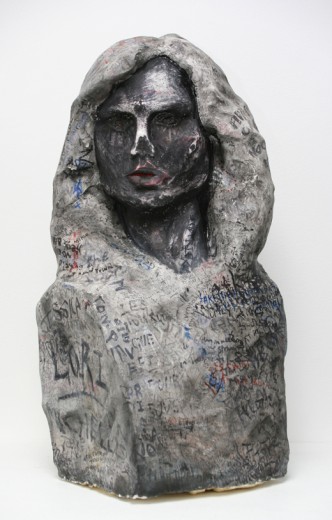 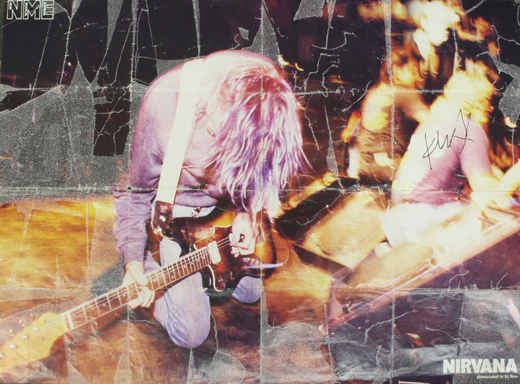 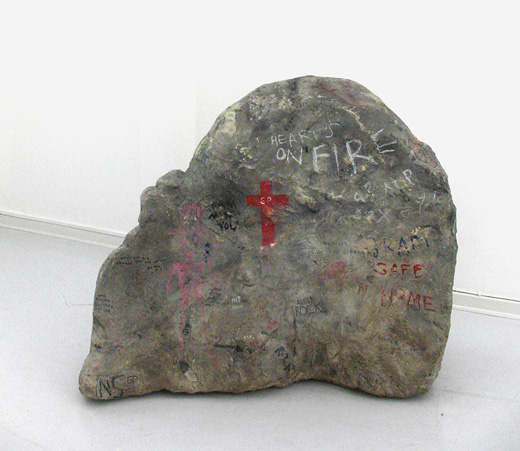