Through a squat door in a rudimentary wall the audience is led into an animal cage enclosure, dimly illuminated by a red heat lamp. Animal Antics is presented in an all new installation complete with tyre swing and hay bale seating, and the film is set accordingly in a zoo, sometime in the near future when the ‘wild’ has entirely ceased to exist. We follow two protagonists – Whoopsie, a talking pedigree lapdog and her owner Sarah – as they navigate the caged animals. Between an absurdist comedy and a reflection on our relation to non-human animals, the film combines some beautiful ­– if melancholic – shots of the zoo’s inhabitants with sharp dialogue between the dog and her increasingly beleaguered human companion.

Animal observations, jokes, bickering and childish games are played out and in turn serve as commentary on the Anthropocene, the nature of language and the spectacle. Furthermore, the dog Whoopsie’s view of other animals slowly reveals itself to be fascistic – the film coming to serve as a parable for the rise of the alt-right and the totalitarianism at the root of all taxonomies.

Alongside the installation and film is wall-based work, Plague (Downpour), a 200 part sculpture comprised of lead cast frogs tumbling from the sky. This plague of amphibians, uncontrollable and biblical in scope, is situated as the animal antithesis of the captive or pedigree pet, subjects examined in the film. Locusts to coronavirus, bacterial diseases to jellyfish swarms; plagues are the unwanted invasion of the non-human. Unaesthetic, unromantic, untamed: within the exhibition and Goddard’s wider practice the plague serves as a counterpoint to the Zoo, a beastly return of the repressed. 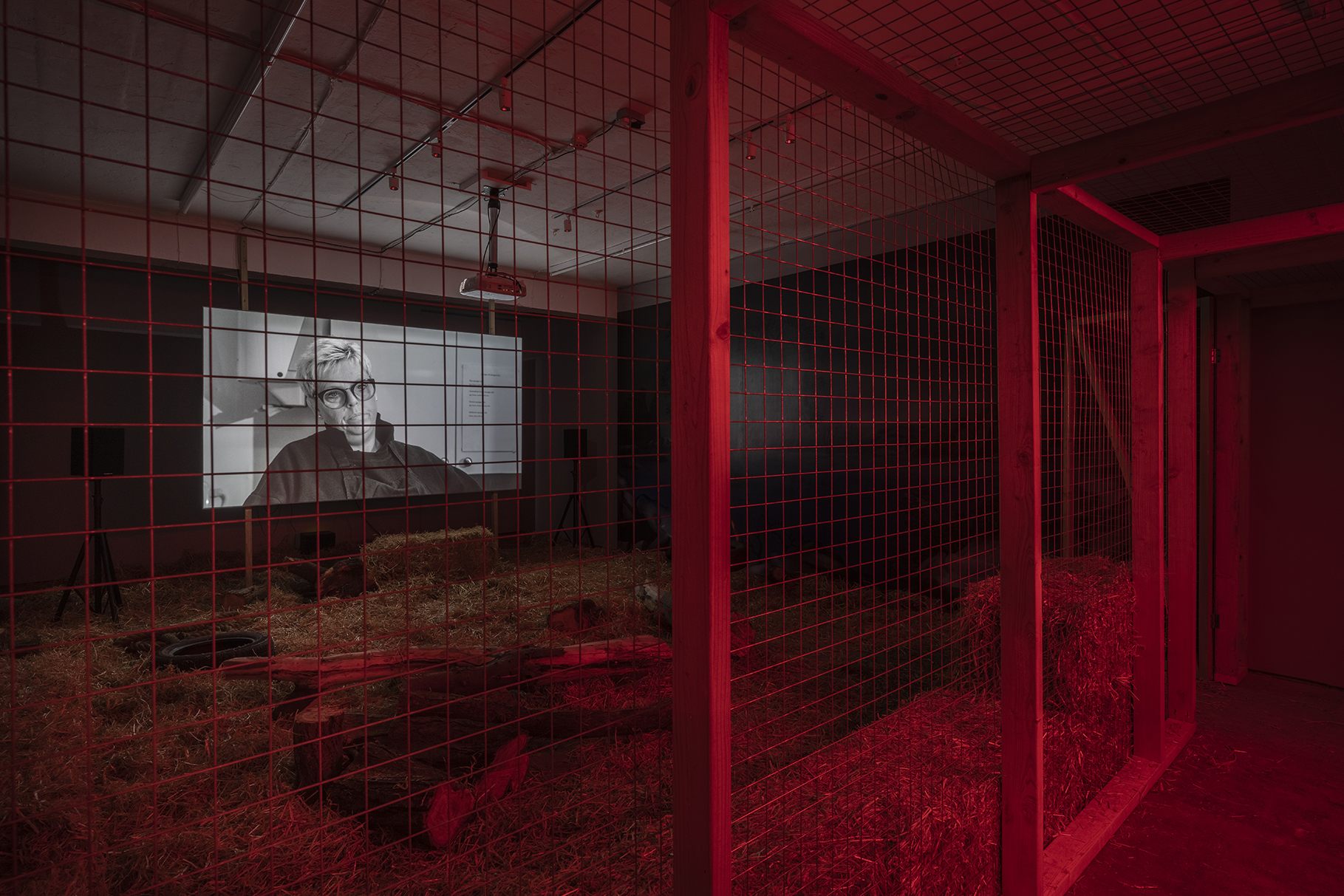 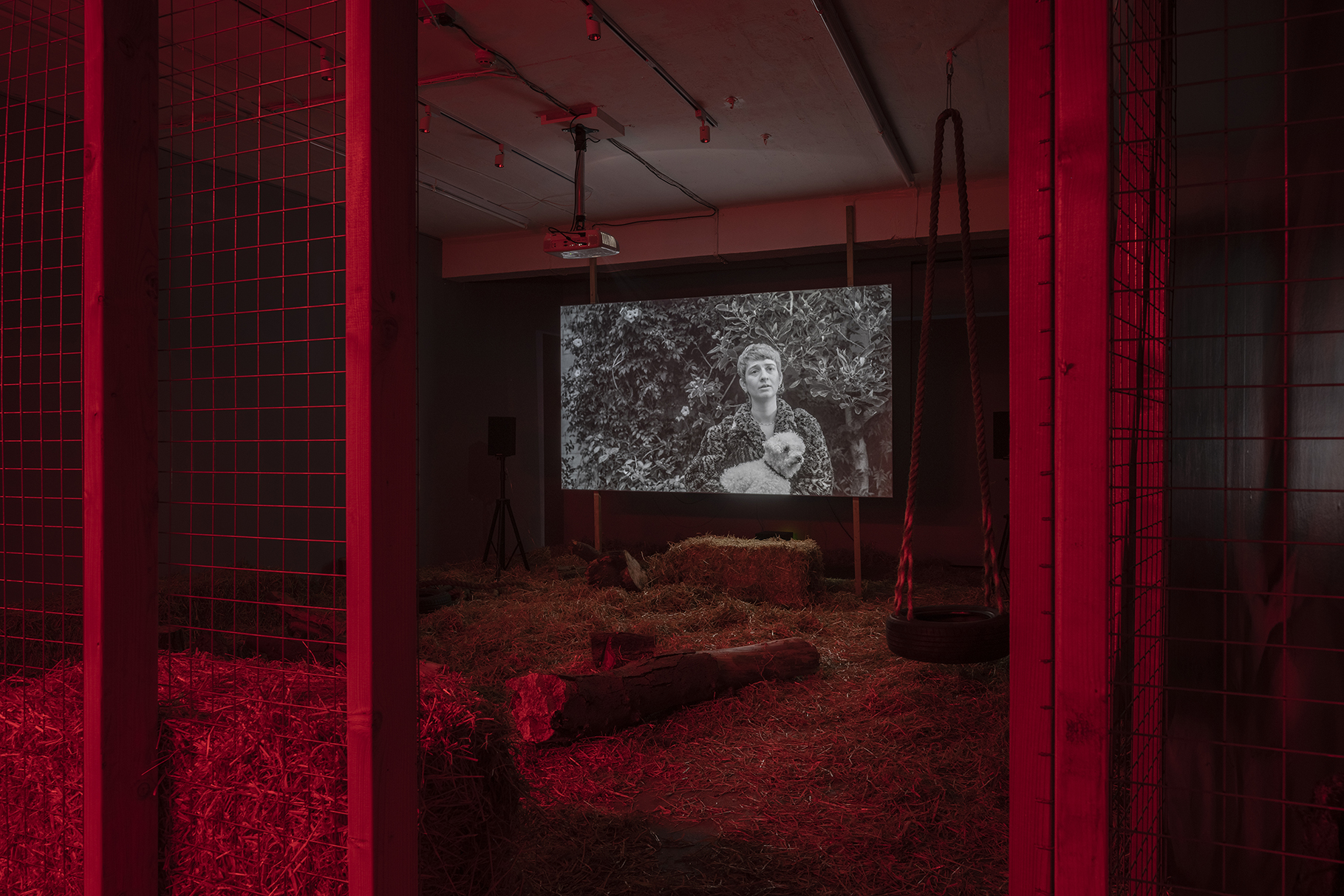 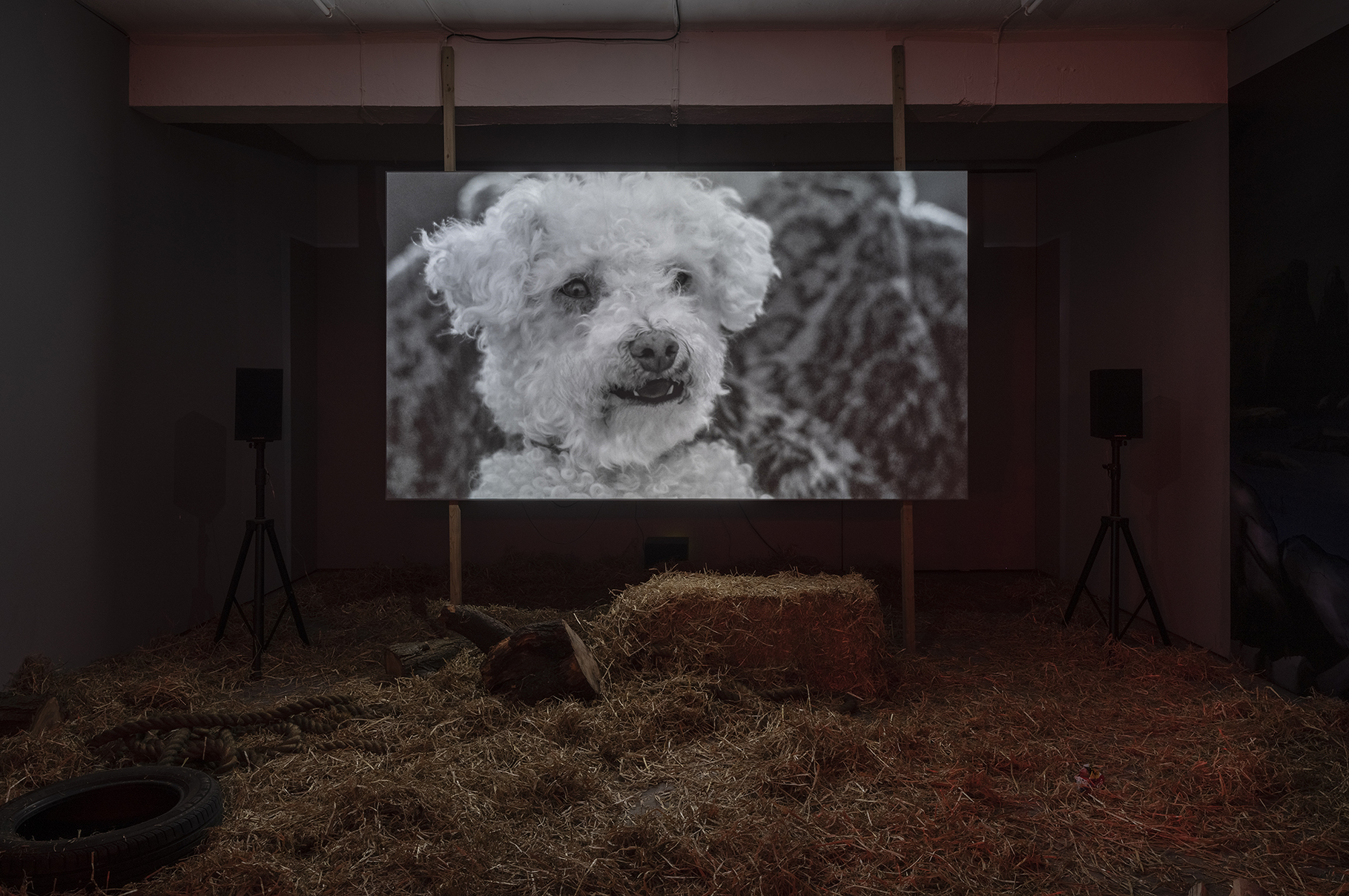 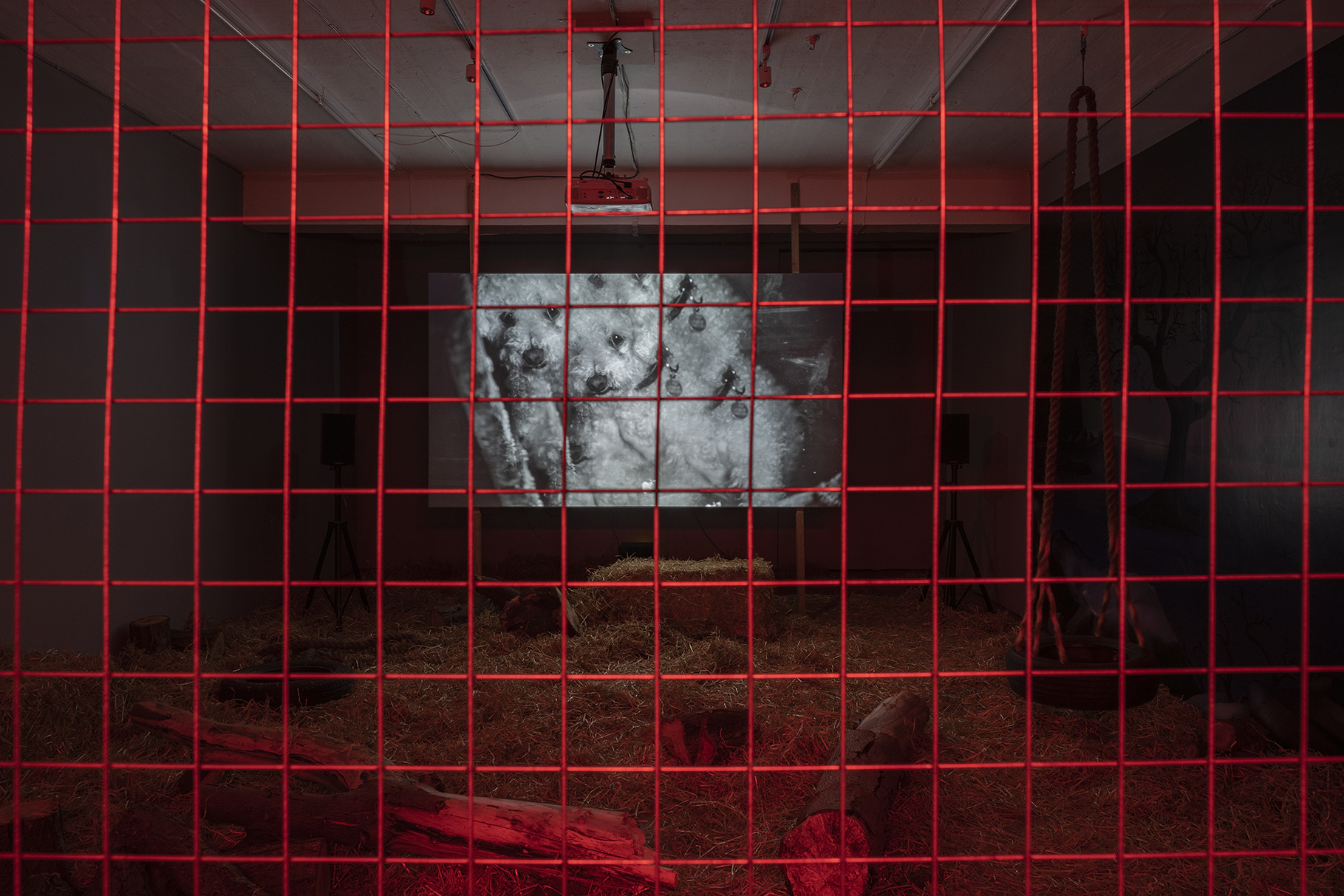 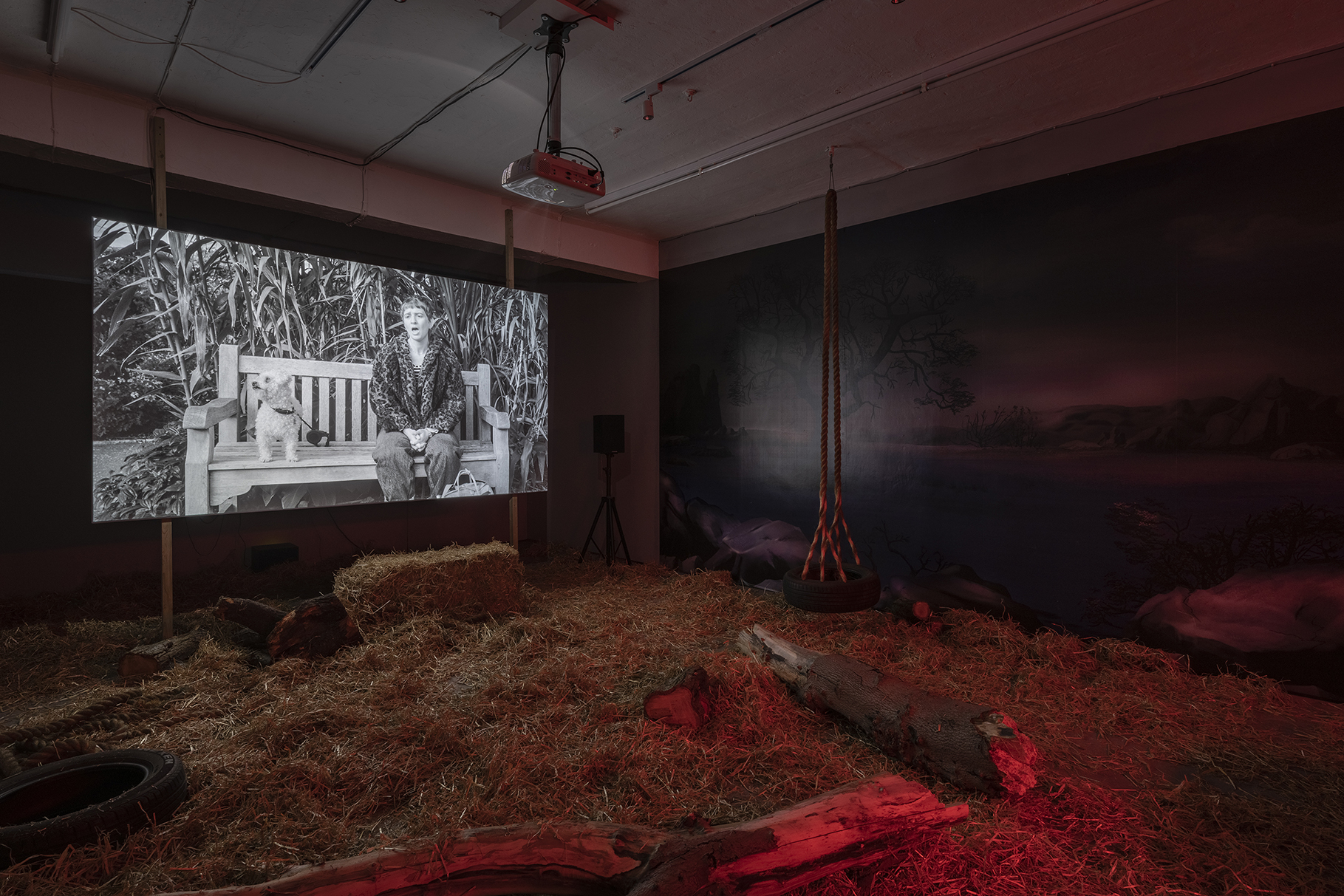 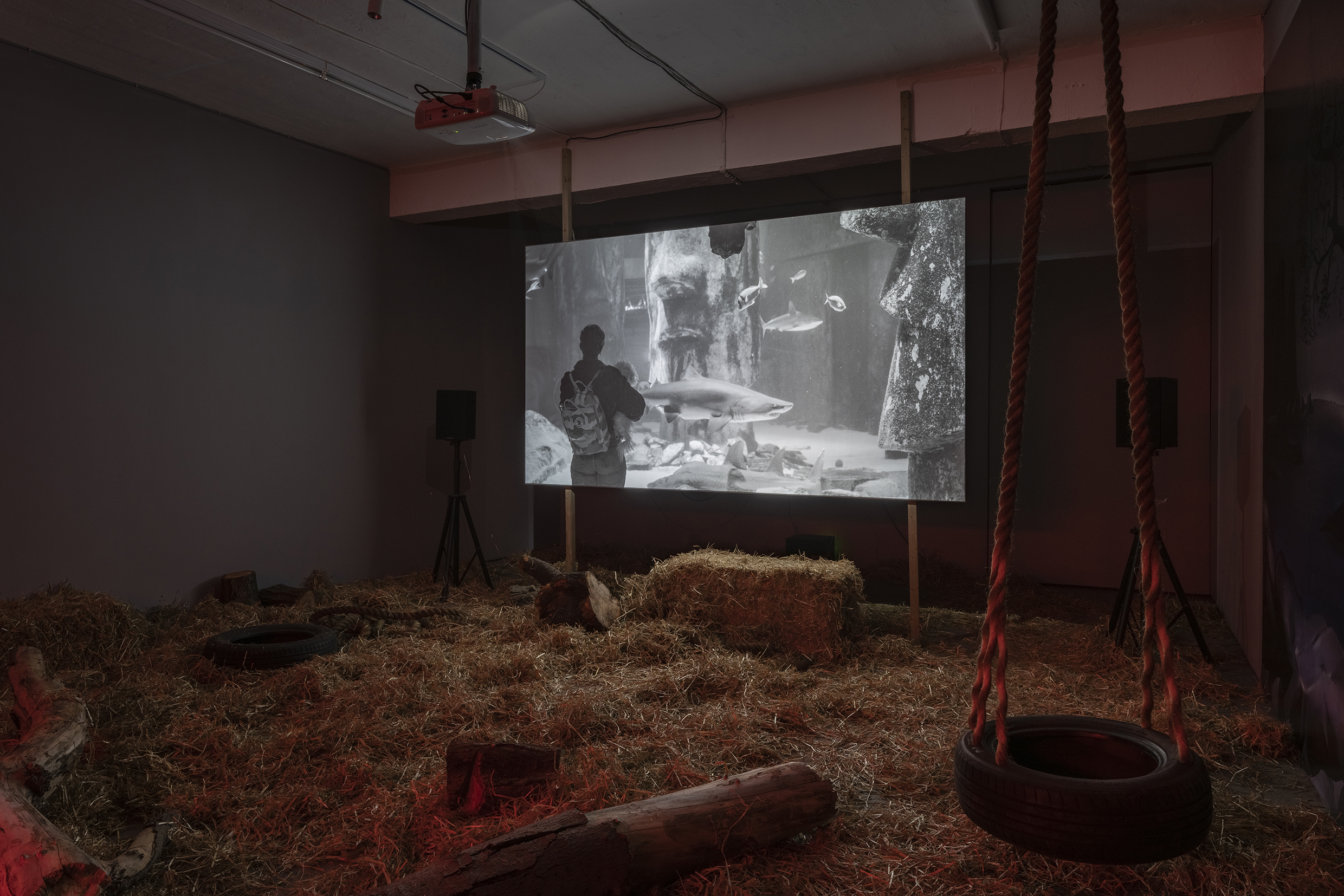 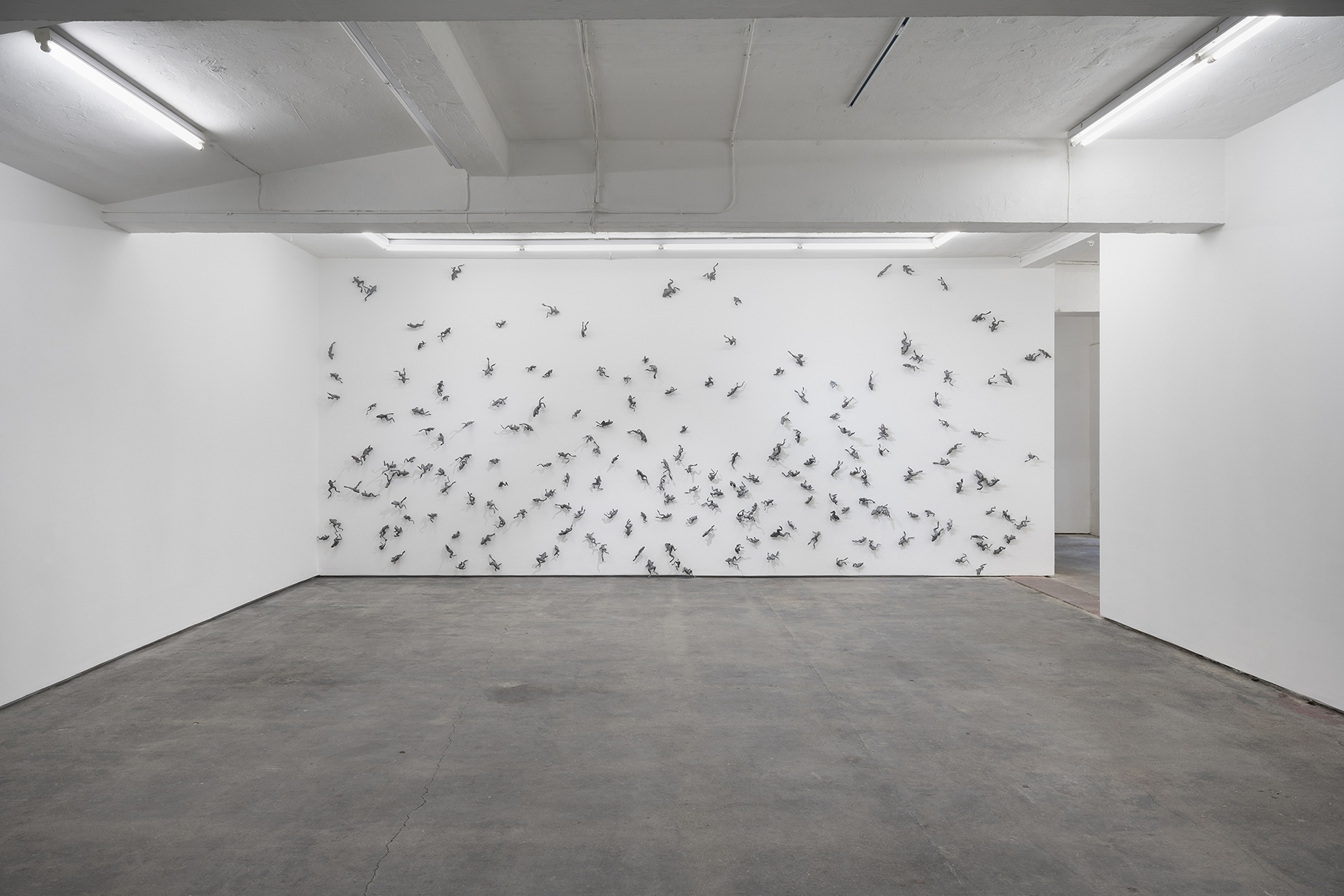 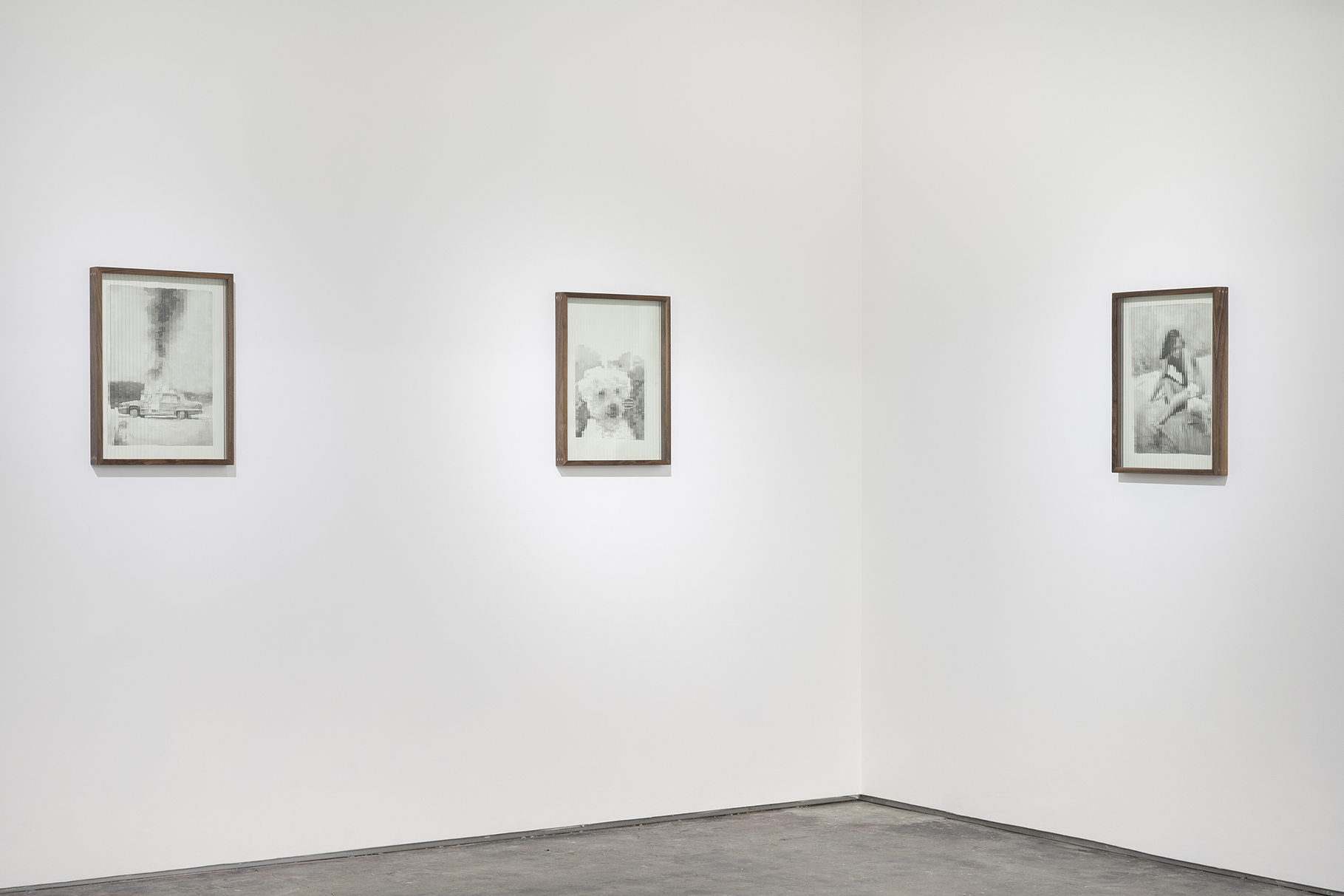 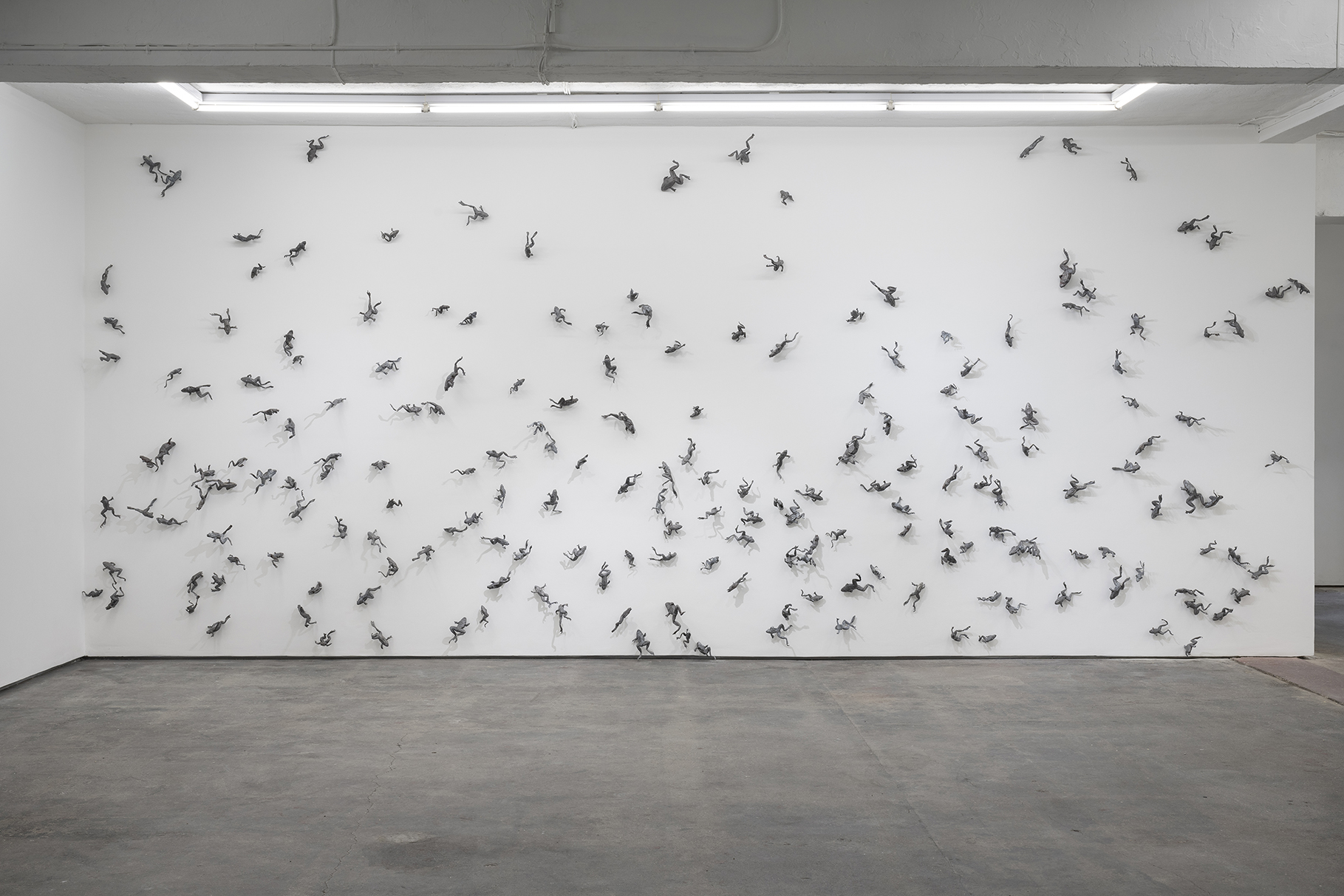 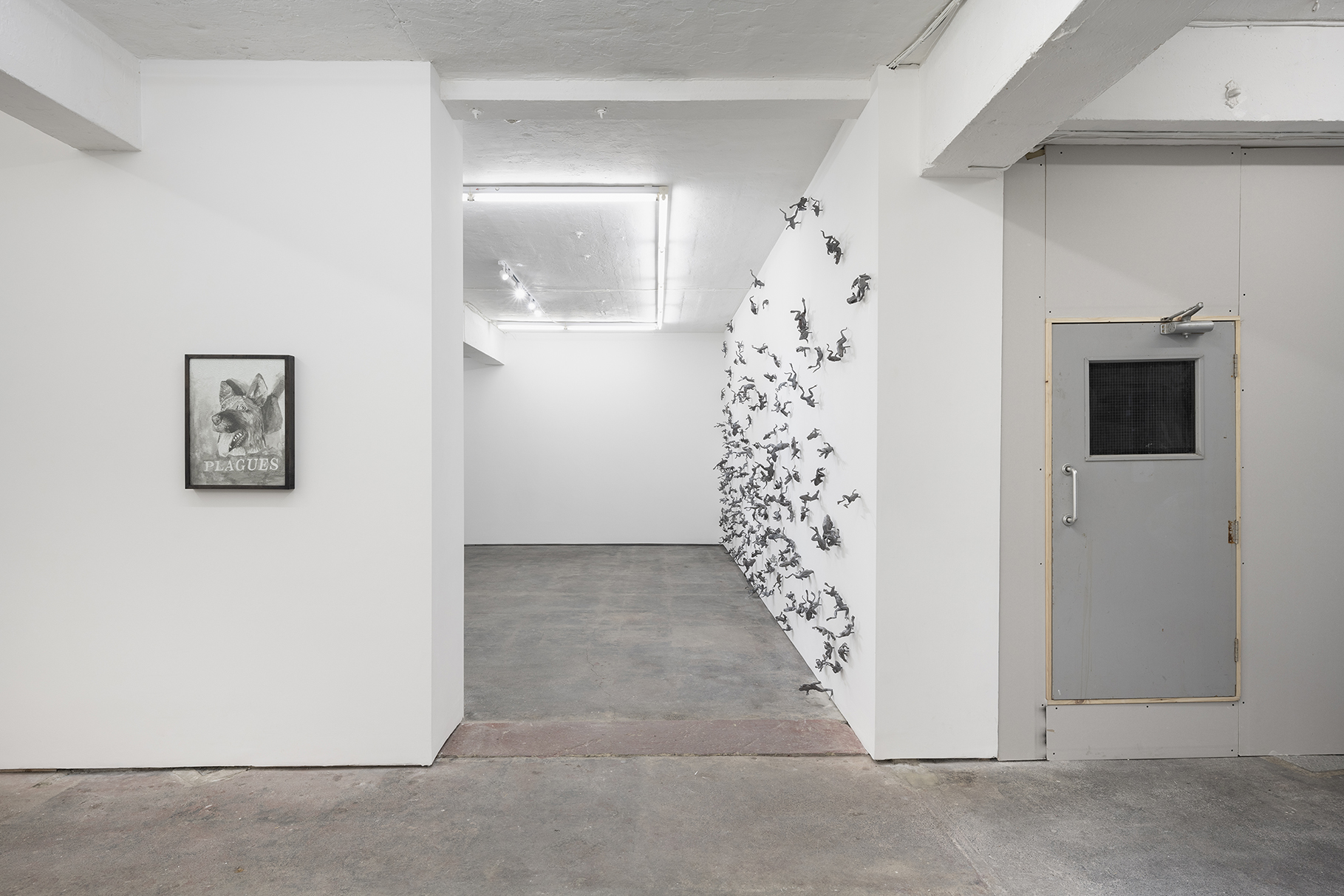 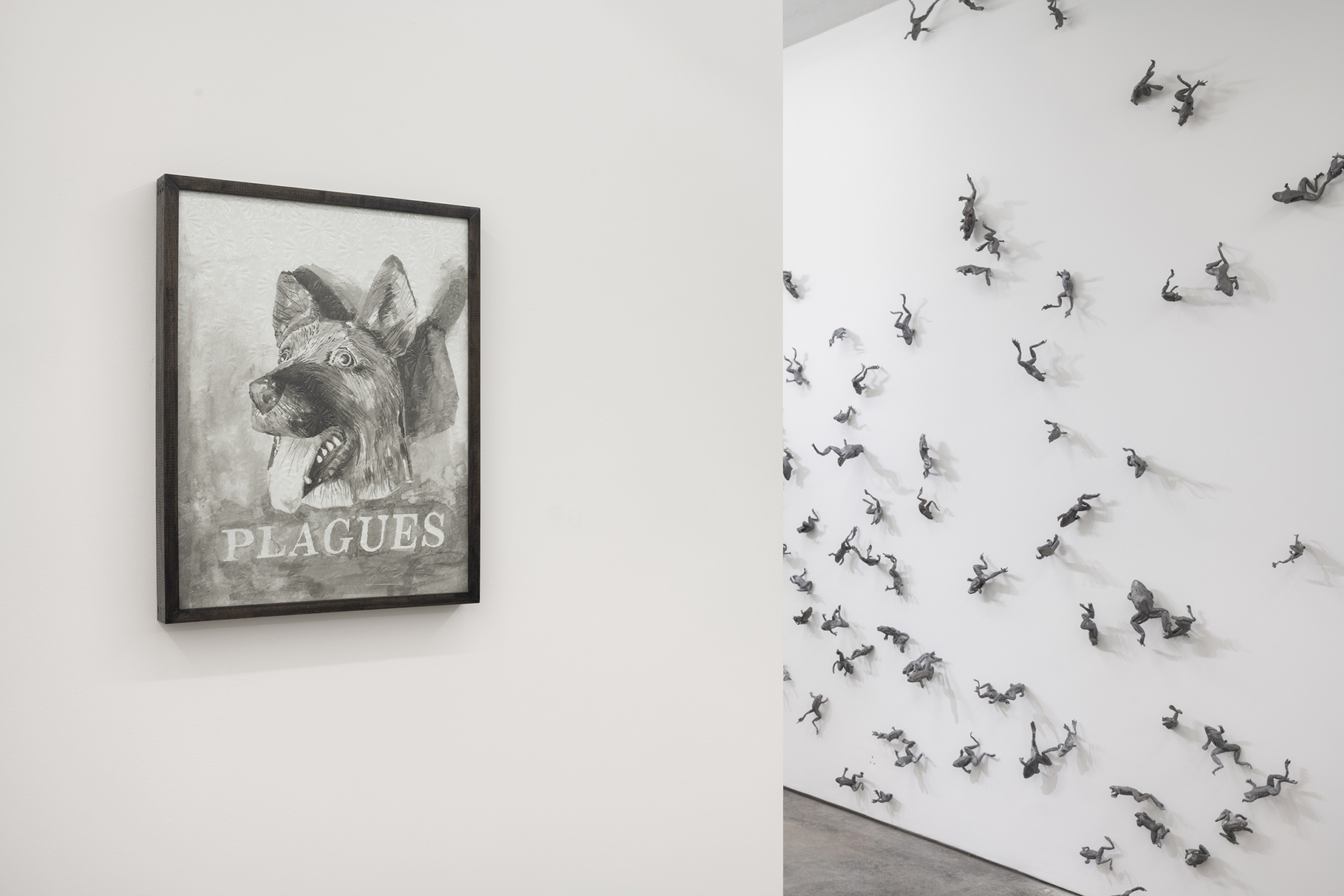 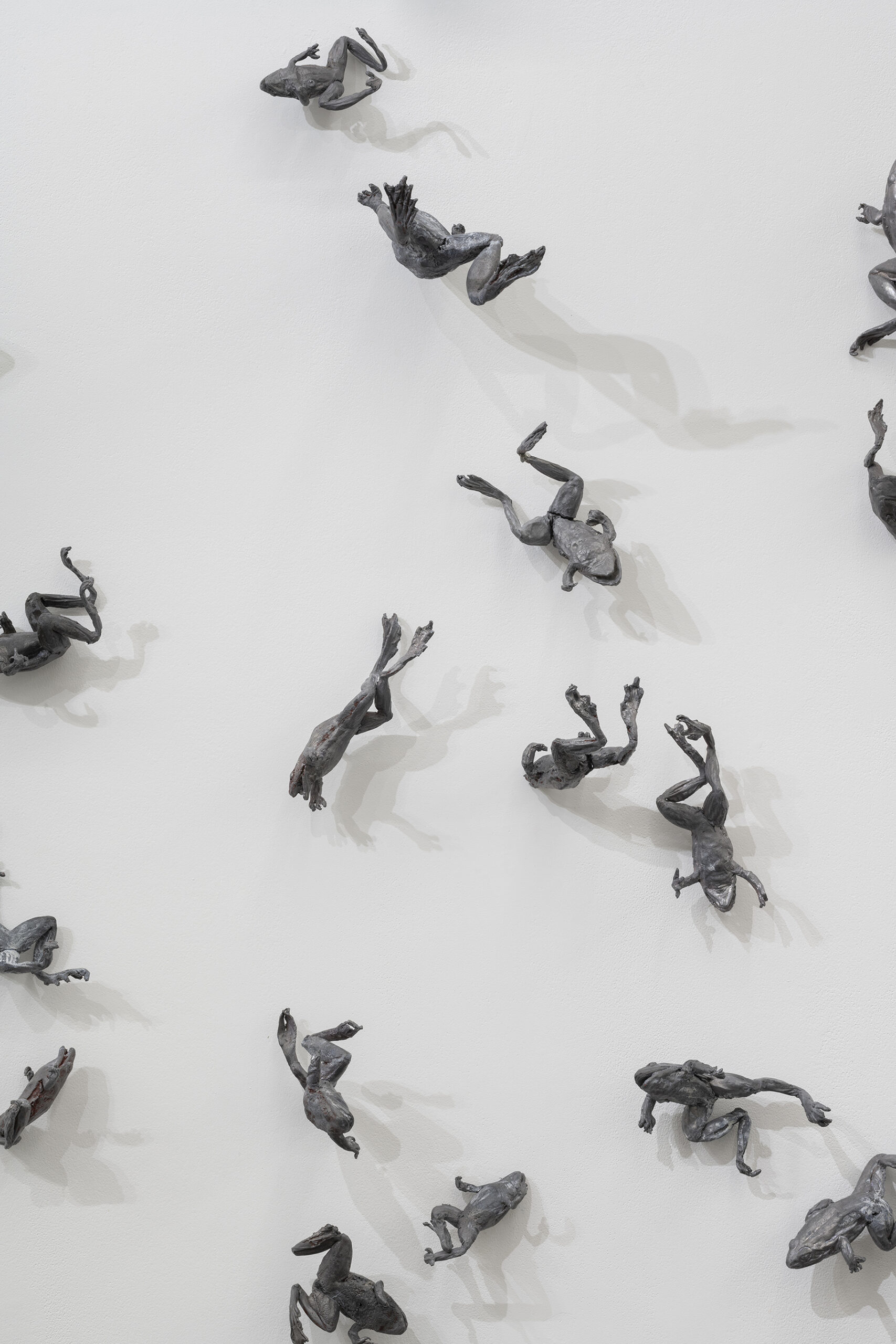 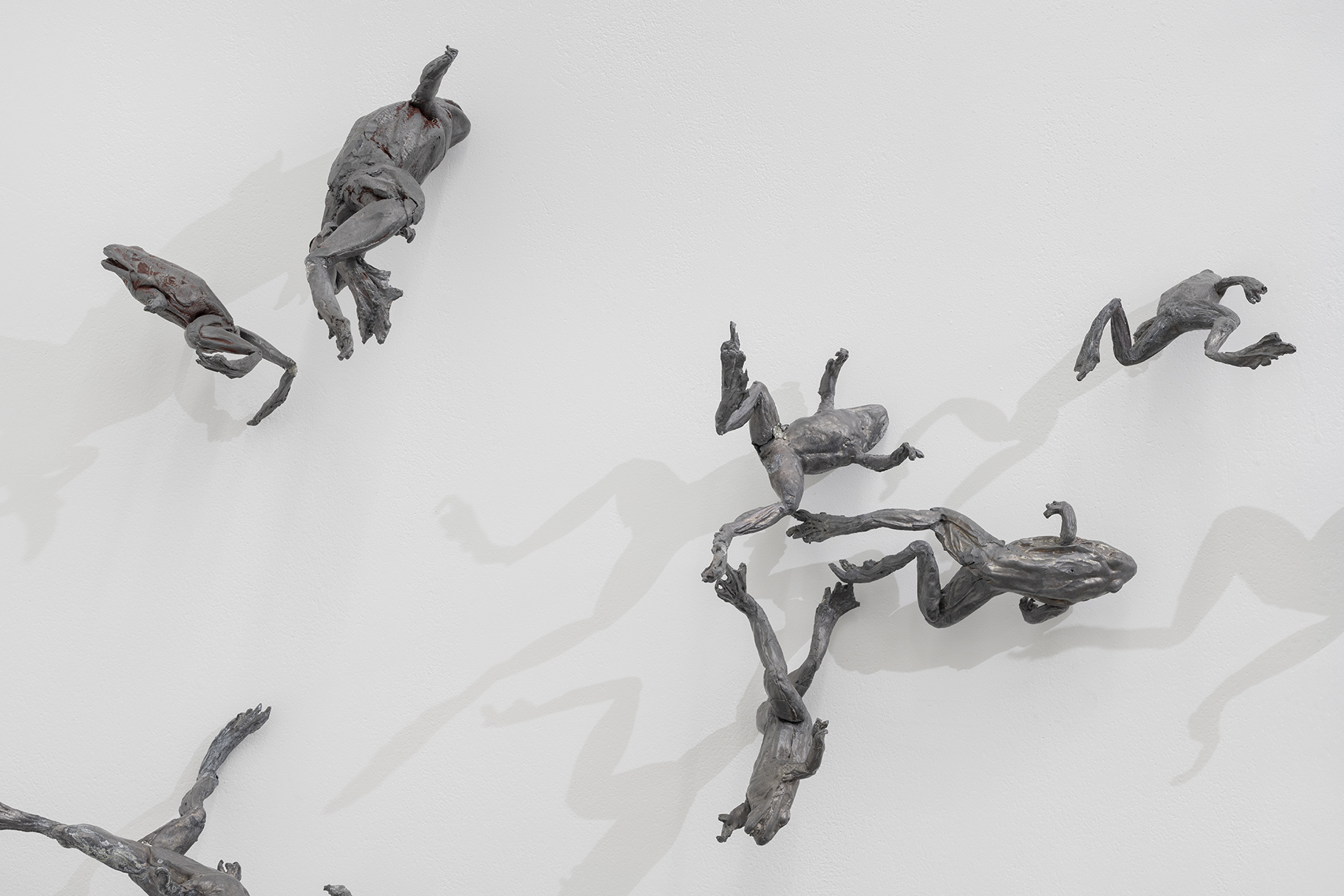 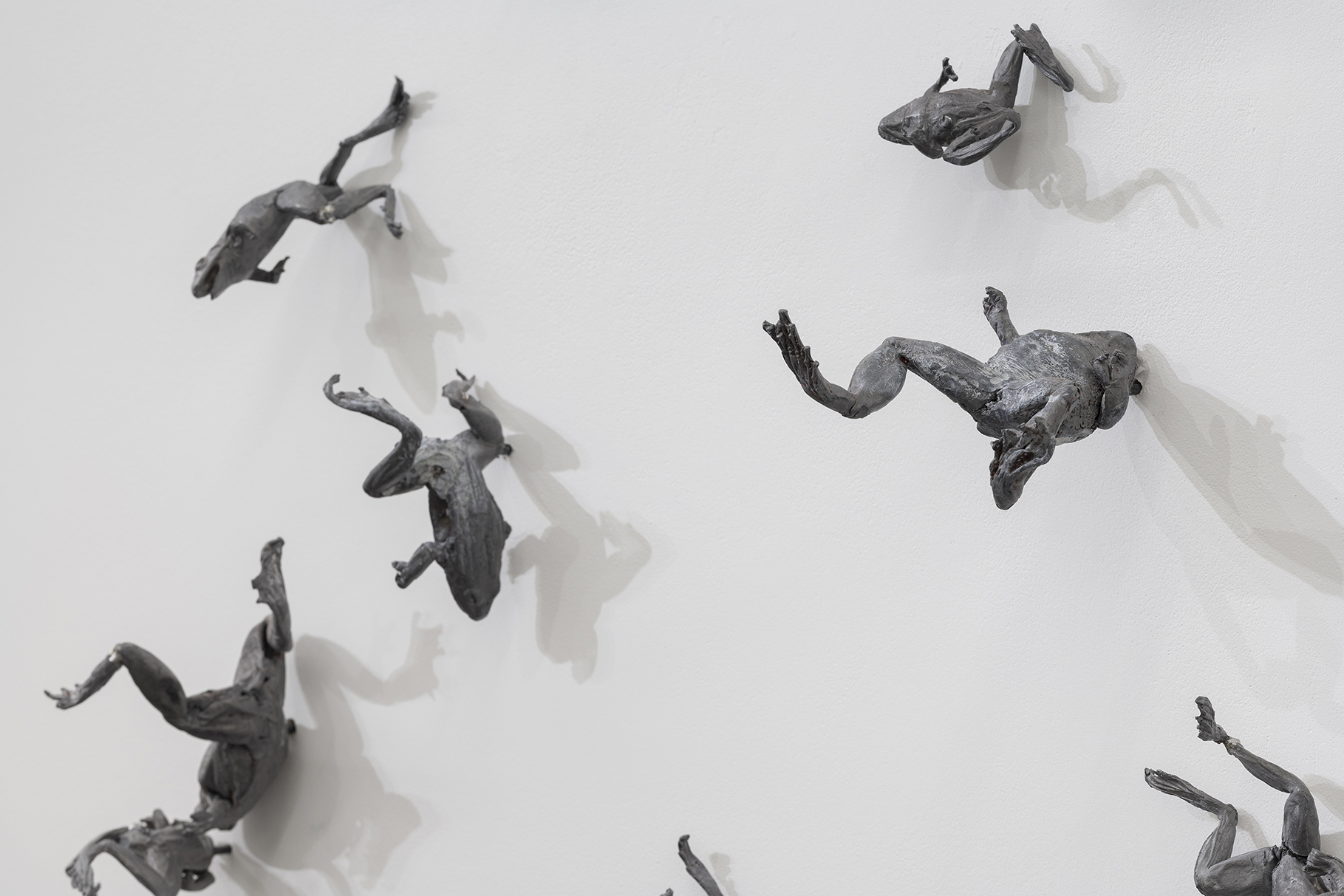 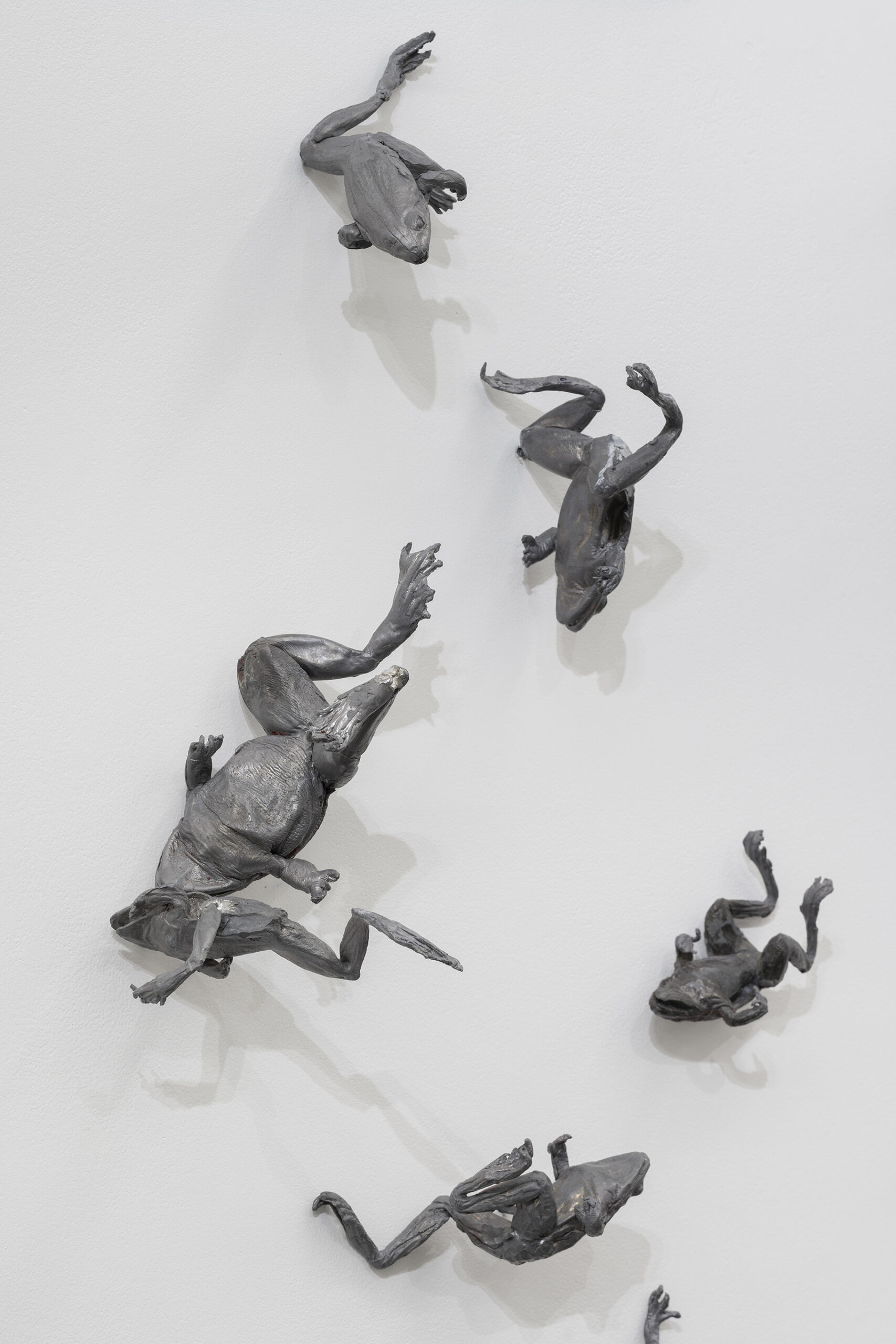 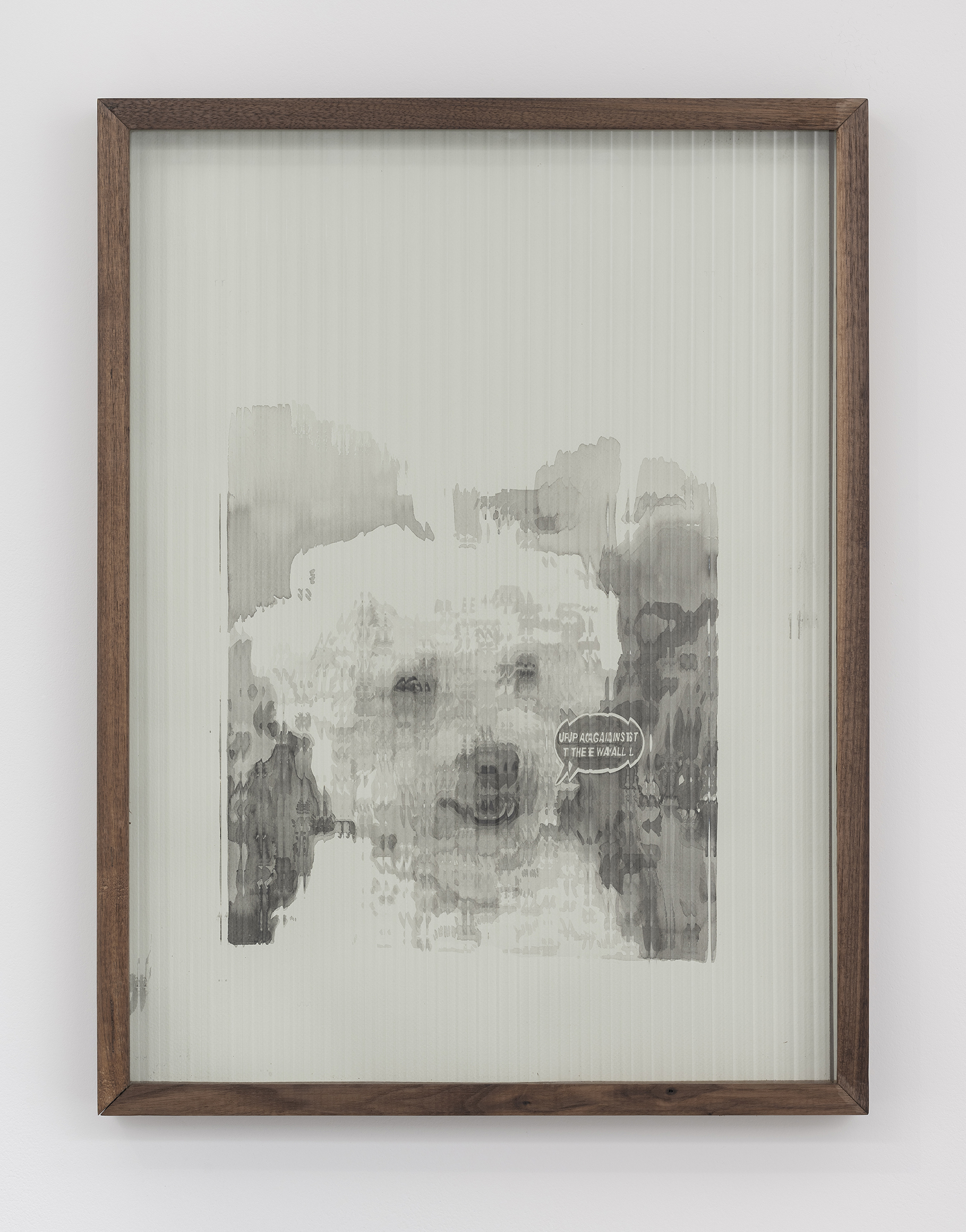