The word wiedergänger literally translates from German as ‘one who walks again’ and is part of the widespread un-dead myth.

Characteristically Karin Lehmann’s practise involves exploration of materials and their properties, combining substance and process until a work is manifested in the designated space. Lehmann applies processes like heat, pressure or gravity to elicit responses from basic materials, such as sheet glass, plaster or clay, and the outcome of the procedures are most likely exhibited in situ. The results are minimal, concise, delicate arrangements.

Wiedergänger involves two works spread across the gallery and its incidental spaces – a collection of clay vessels that will slowly dissolve over the show’s duration and a series of plaster sheets bent into rudimentary columns. Lehmann has produced both works on site, turning the pots on a wheel in a range of coloured clays and casting large sheets of gypsum on the gallery floor so the texture and imperfections of the concrete are reflected in the craggy plaster surfaces.

The sheets of plaster, once stood upright are cracked along their length, and bent so that they form a hollow approximation of a column, just able to support themselves. Their placement, perpendicular to one another, implies the floor plan of an alternate building, or former incarnation of this one.

Sediment Sampling is completed by the addition of water, poured into the unfired containers over the course of the month, un-forming them, returning them to a less specific composition. The viewer catches these objects in an ambiguous state, like the wiederganger, neither whole nor unmade.

Karin Lehman b. 1981, lives and works in Bern, Switzerland 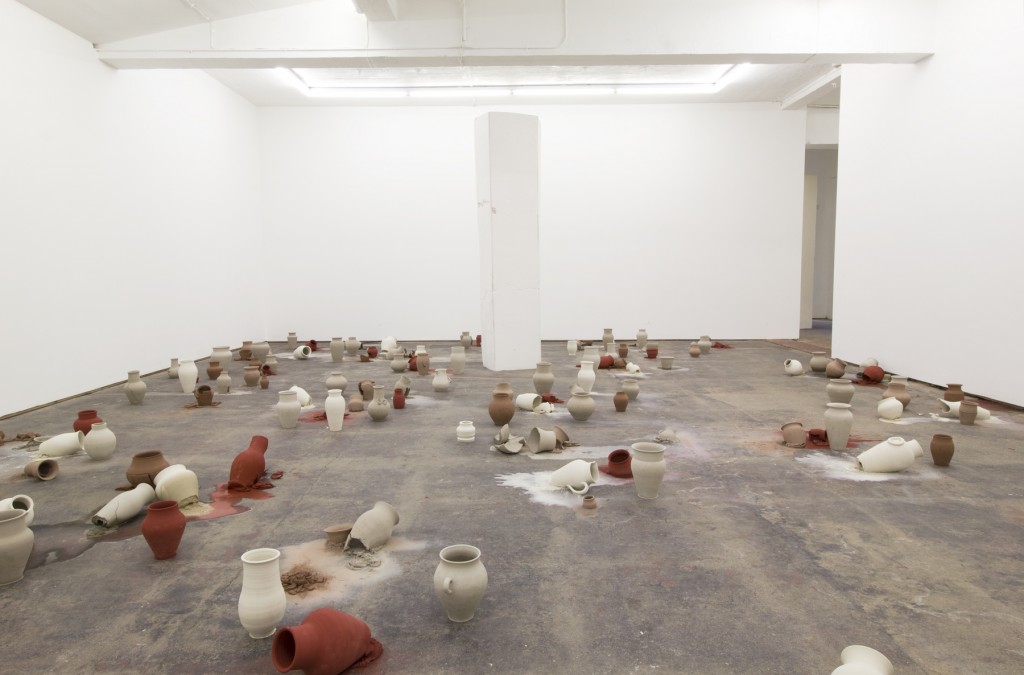 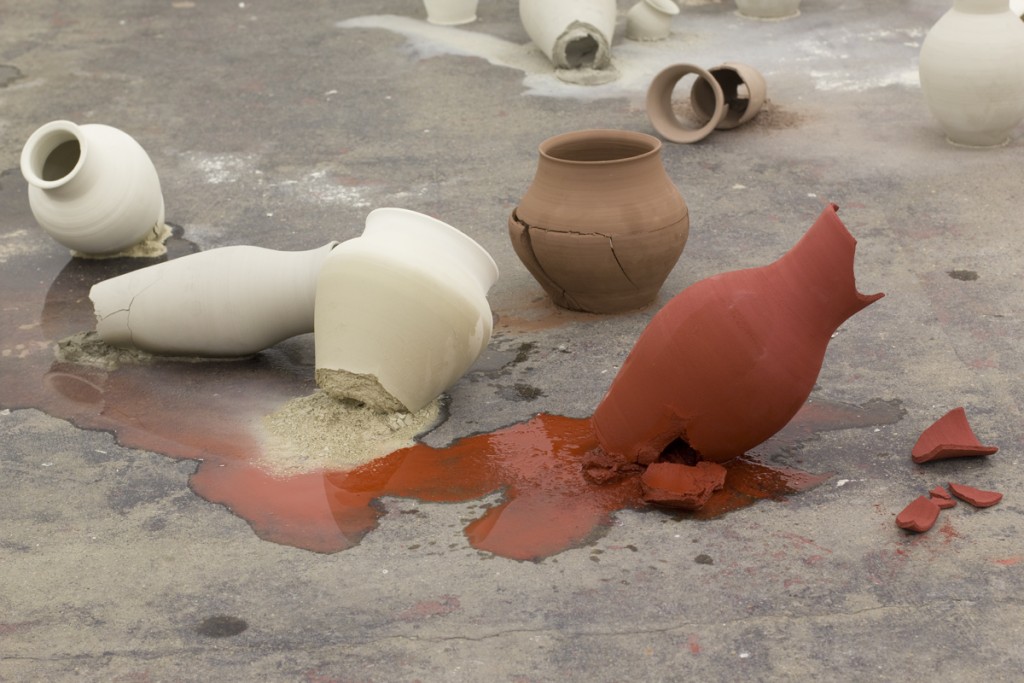 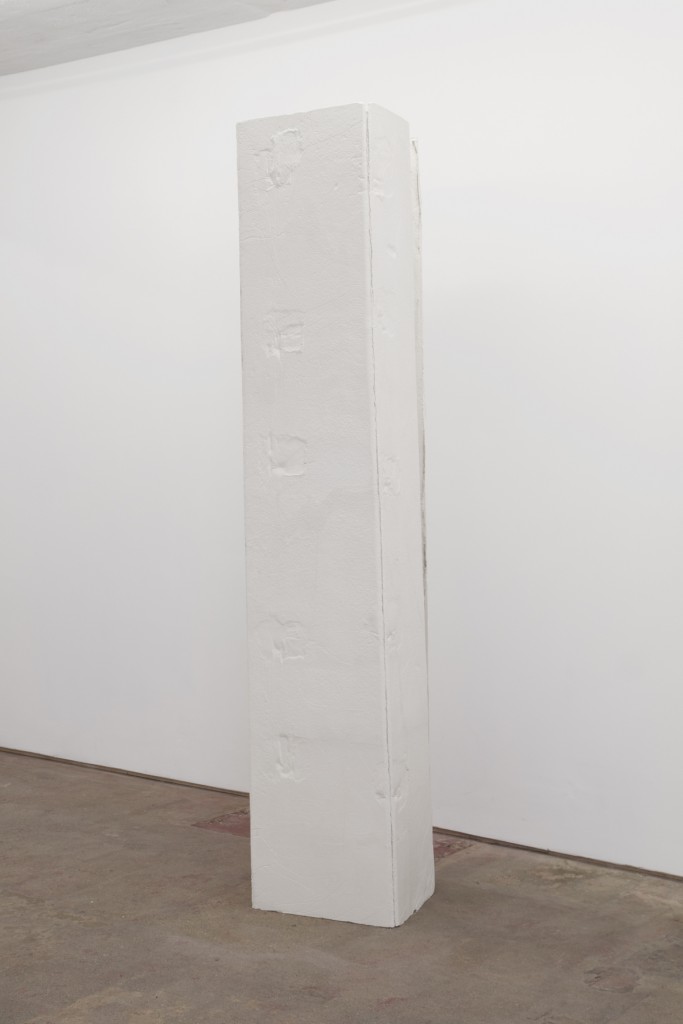 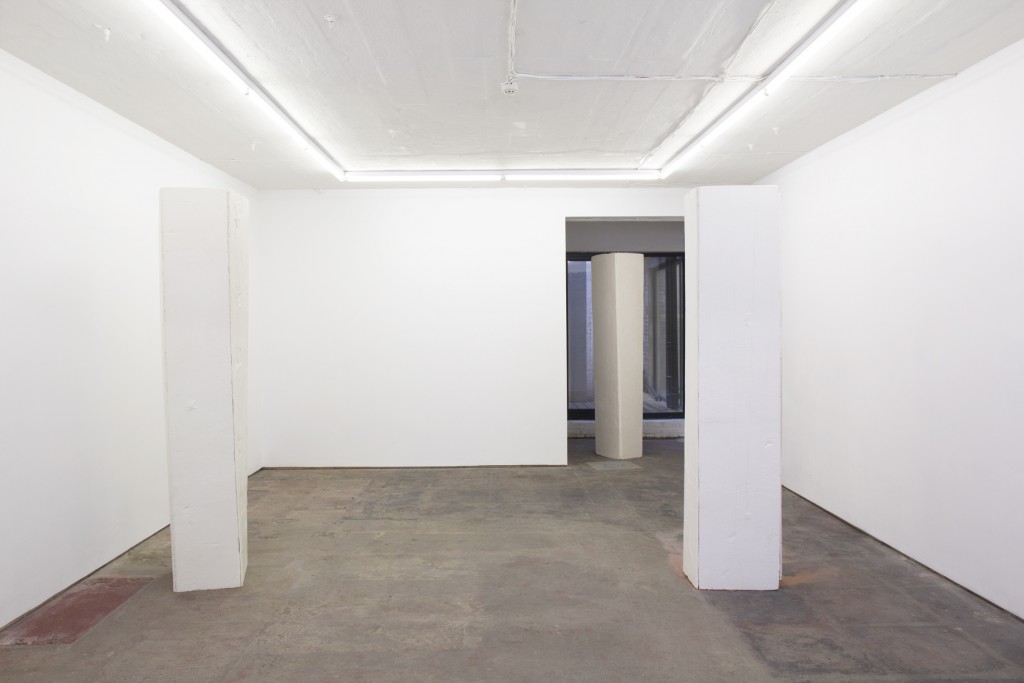 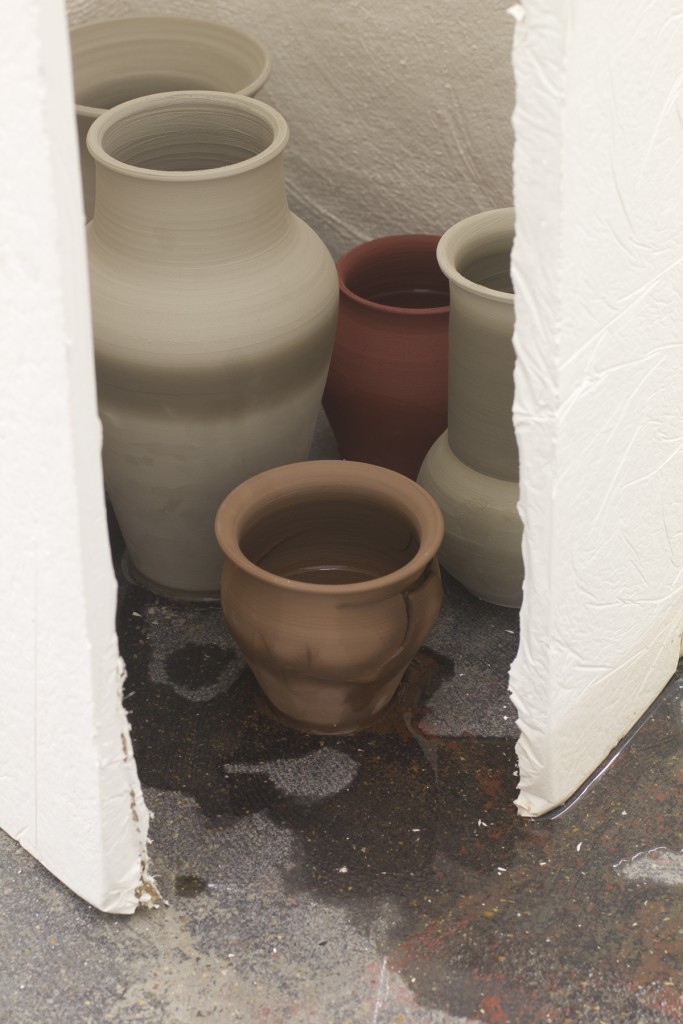 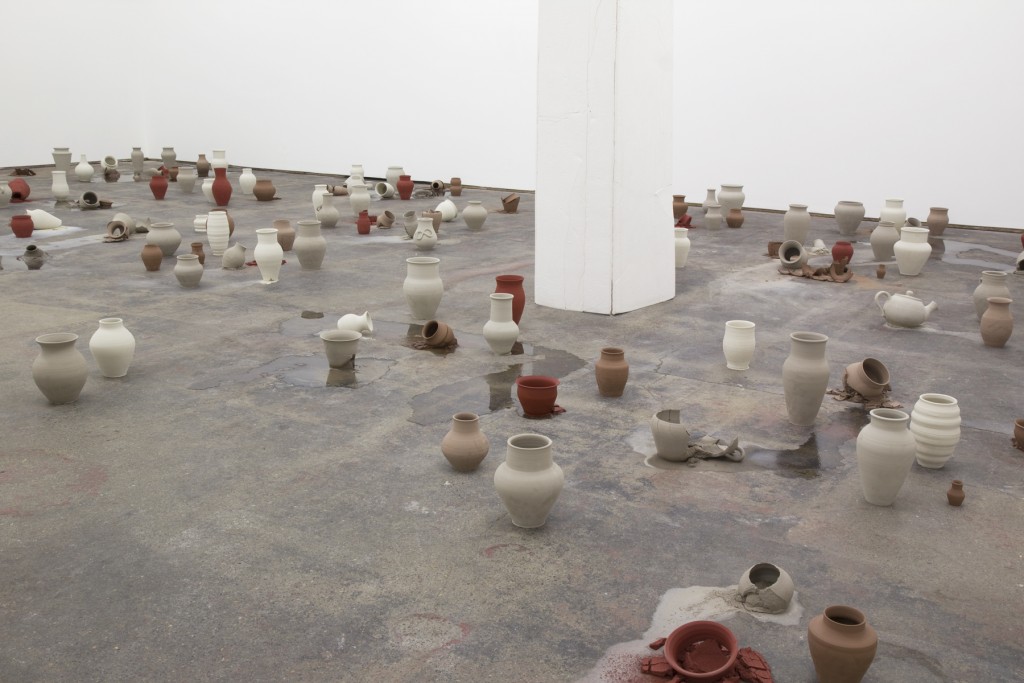 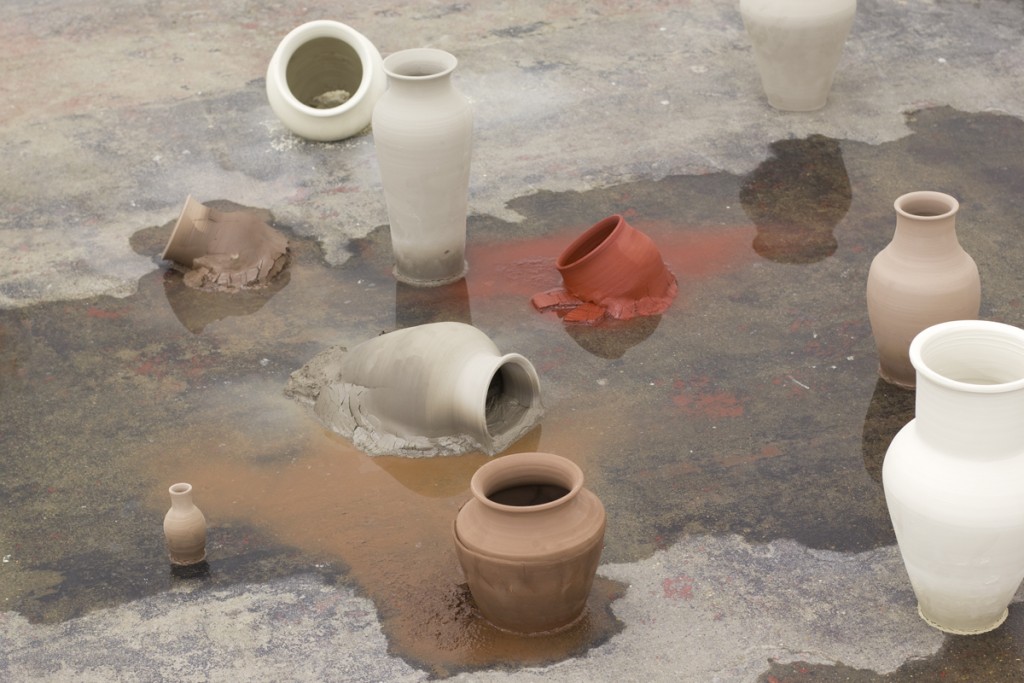 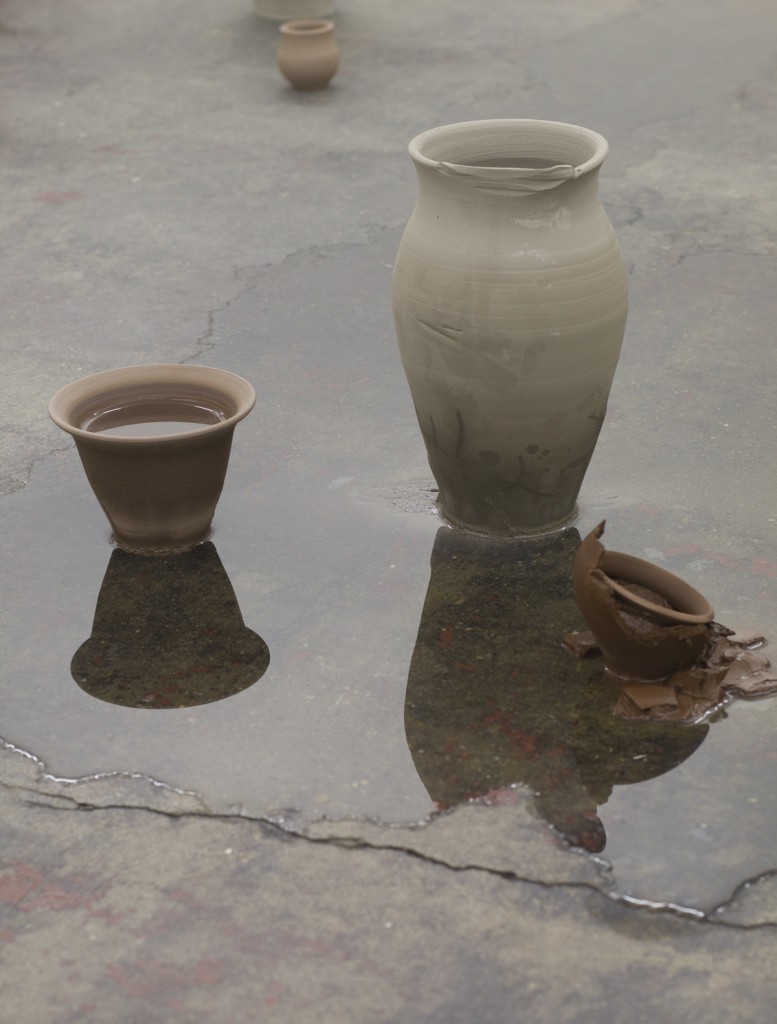 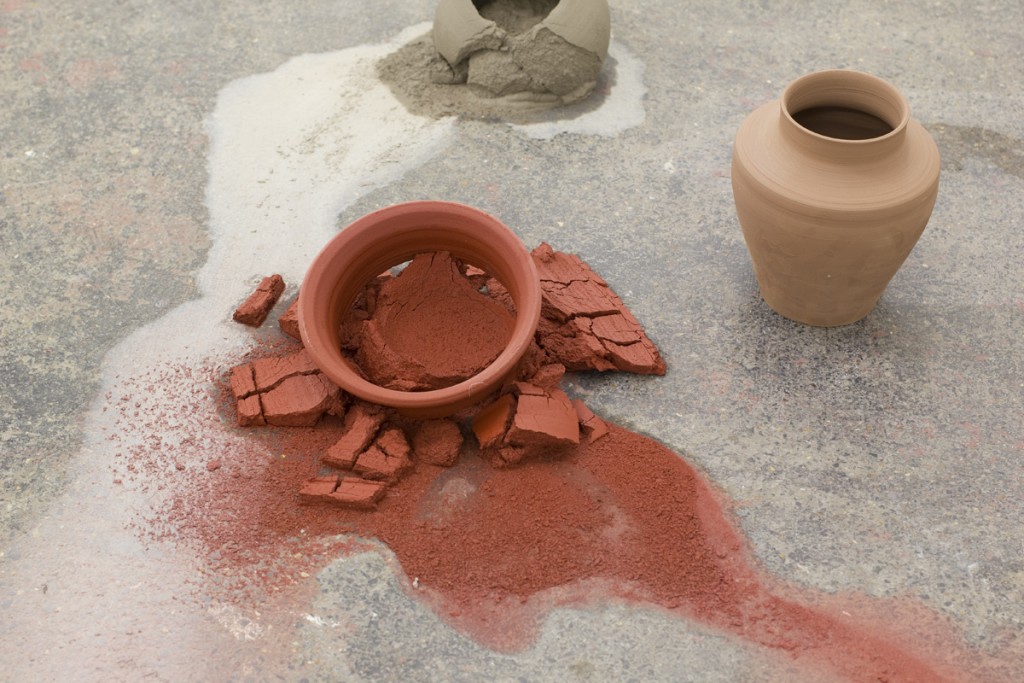 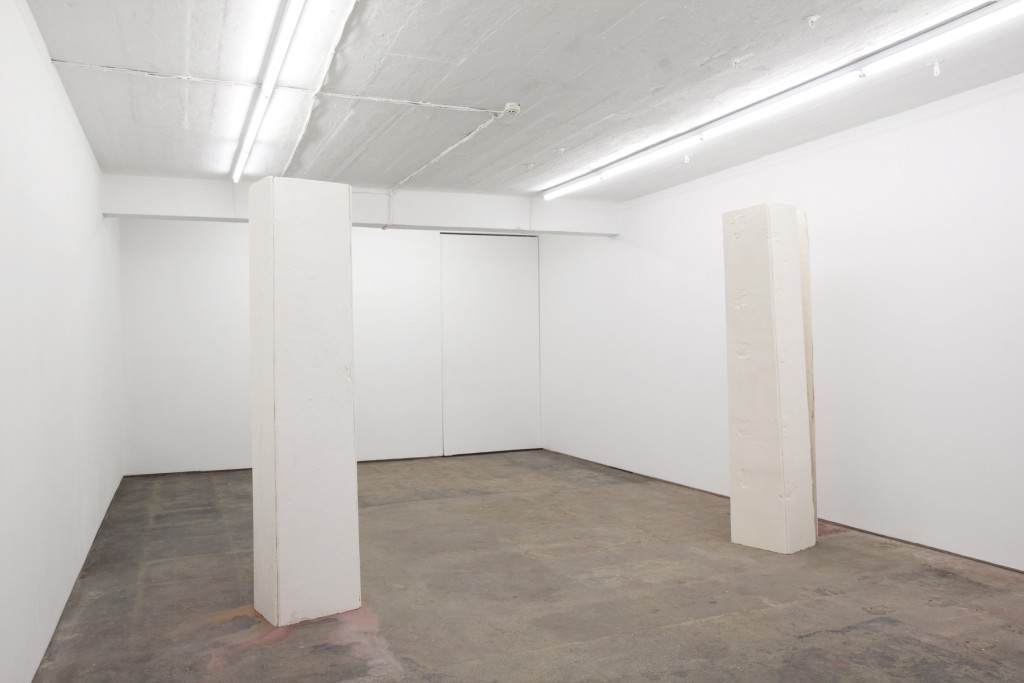 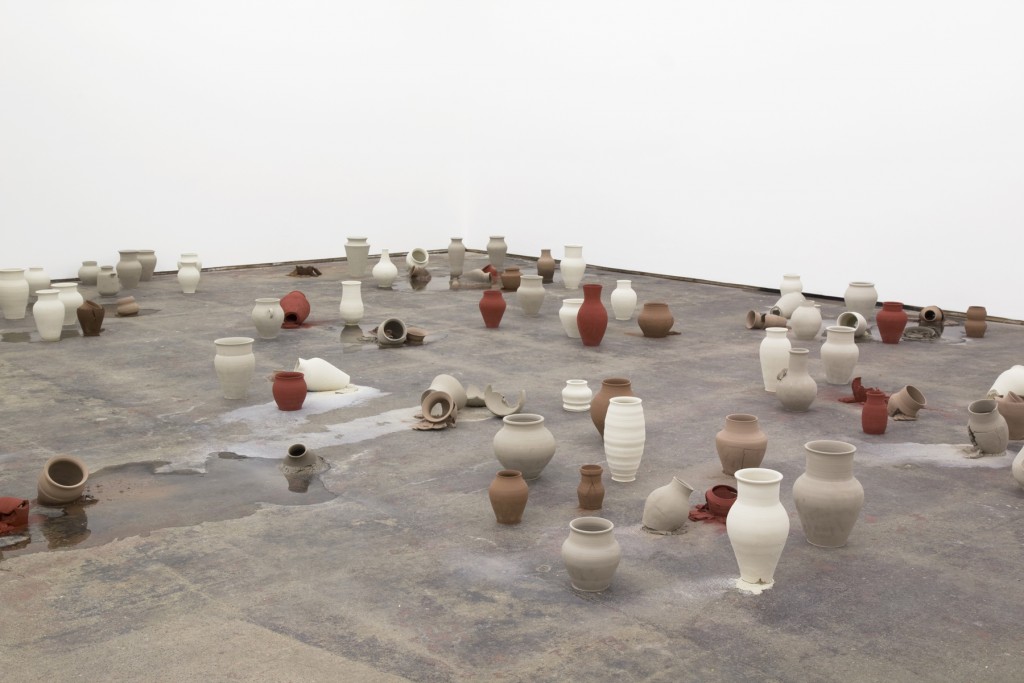 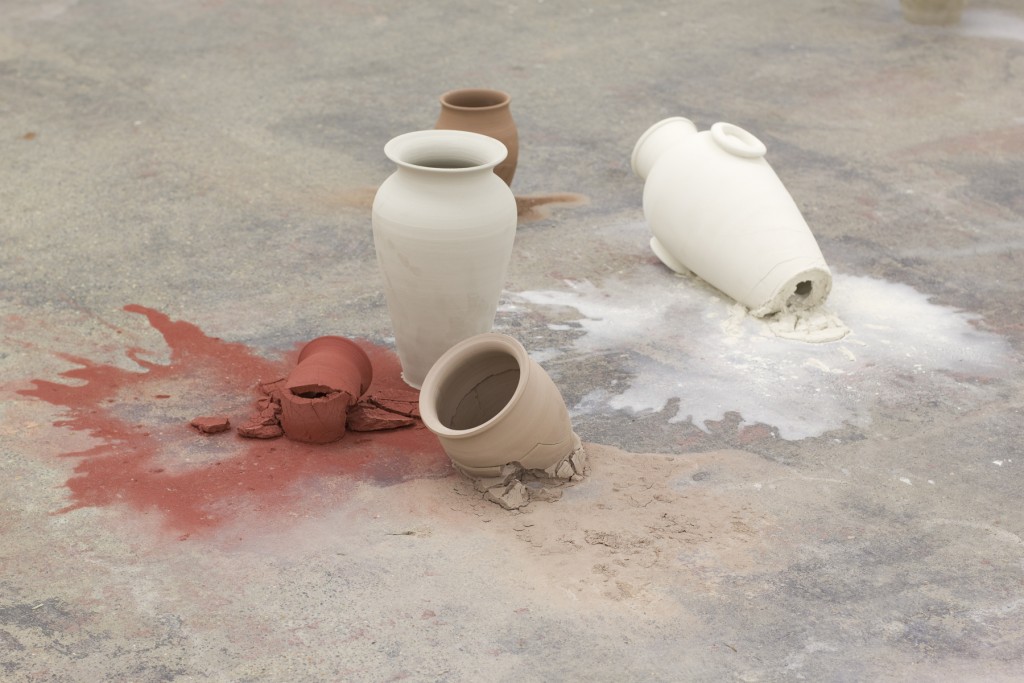 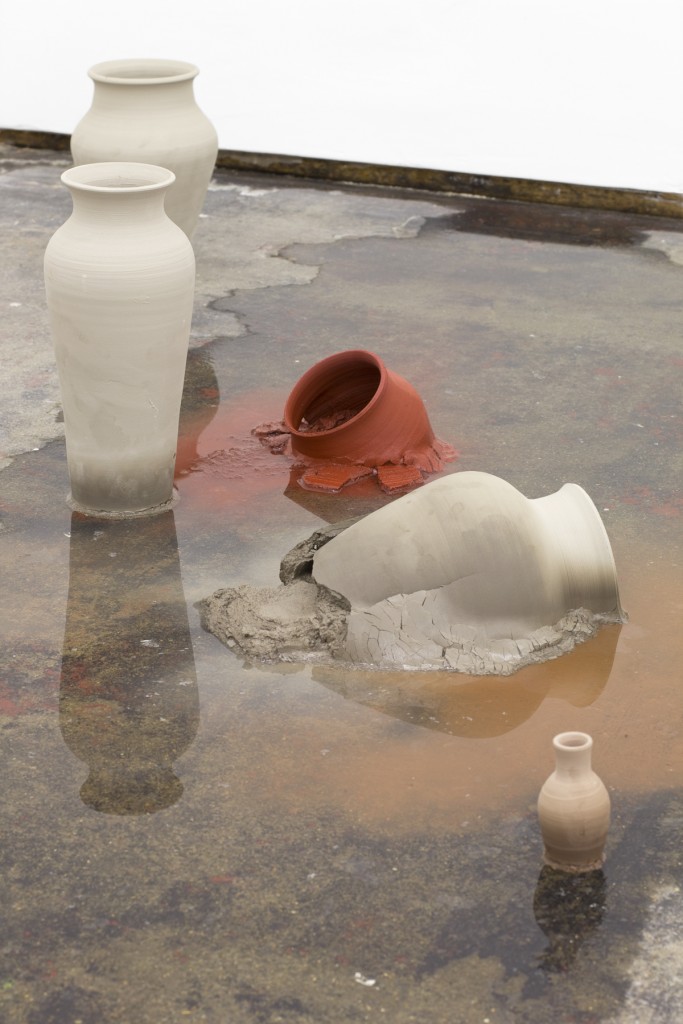 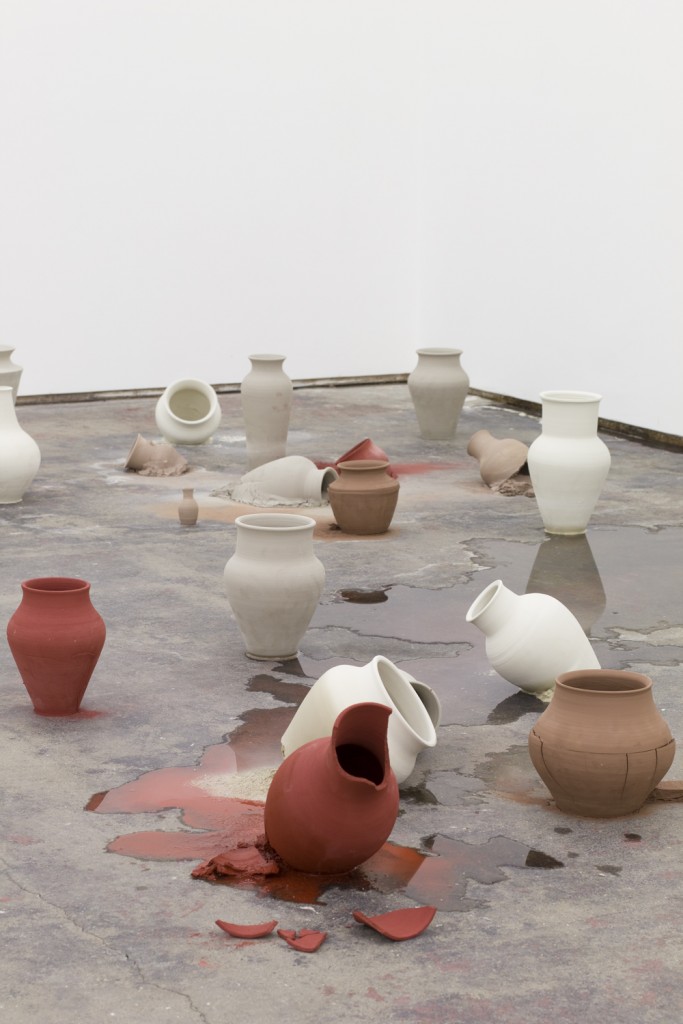 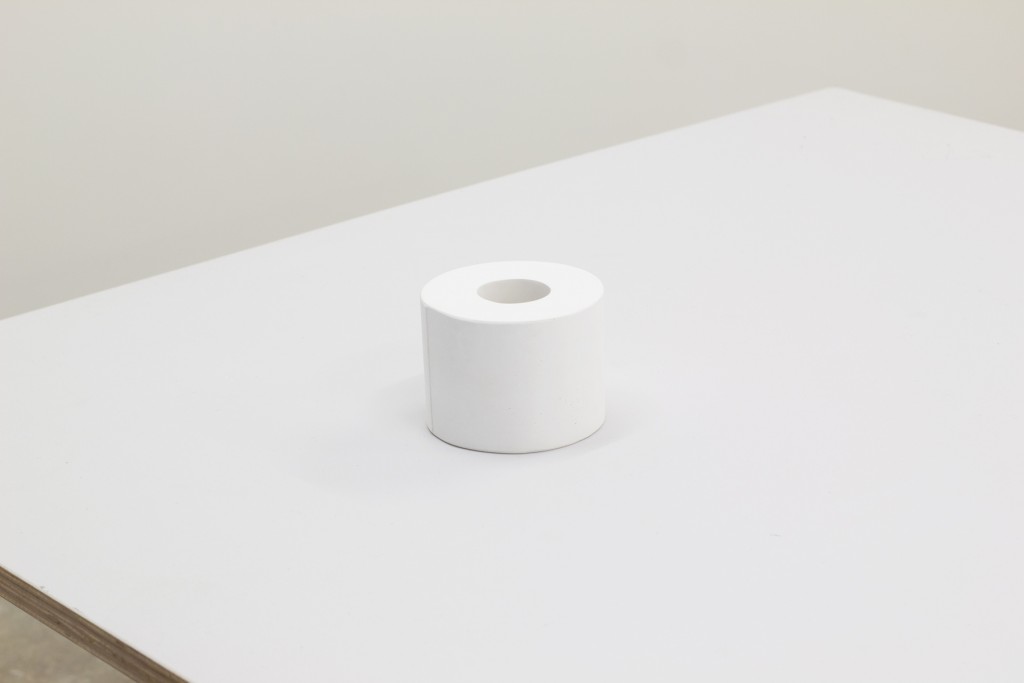