“pictures are for entertainment, messages should be delivered by Western Union”

Metro-Goldwyn-Mayer is the title of a 2-minute long film made by Jack Goldstein in 1975. With its emblematic lion, the familiar production logo of MGM is repositioned onto a bright red background by the artist. Commencing its famous roar, the lion is suddenly interrupted as the moving image is rewound back to its starting point. This process continues for two minutes, both lion and logo locked into a Sisyphean loop that allows neither to reach climactic fulfilment.

Goldstein’s Metro-Goldwyn-Mayer extracts the production logo from its given context. The logo is asked to stand alone, asked to become a feature in itself.

A similar request is made of the material gathered together for this exhibition.

BLOCKBUSTER is a display of movie production logos*. Used by companies to brand what they produce, production logos are usually seen at the beginning of a theatrical movie or home video presentation. Over the years audiences have come to know and love the logos of big movie studios, offerings from the likes of 20th Century Fox, Paramount, Warner Brothers, Universal as well as MGM coming to be nostalgic and emotional components in the cinematic experience of many viewers.

The possibility of extracting, collating and comparing production logos necessarily follows on from their distinct and somewhat paradoxical place both inside and outside of the feature presentation. While ostensibly part of the film they accompany, they exist as independent images in their own right. Marked by an autonomous set of aesthetic and economic conditions, production logos have developed their own particular space within the symbolic order of cinema.

Cut off from the movies they serve, grouped together and displayed in a serial loop, the images in this exhibition are forced into what might be described as an ‘entertainment vacuum’. Inside this vacuum, the original intended meaning and agency of these logos is stifled. Divorced from any referent (like in Metro-Goldwyn-Mayer the world of film is never actually reached) and viewed in isolation these images reveal themselves to be marked by a profound and excessive nothingness. What we are left with, then, is a succession of heraldic props and hieroglyphic embellishments; a conglomeration of intriguing though empty husks that reveal much about the Pavlovian conditioning underpinning attempted management of our fascination and desire by brands, be they cinematic or other.

* The initial inspiration for this exhibition comes from Vorspannkino – an exhibition held at KW-Berlin between February and April 2009. Vorspannkino (Cinema of titles) explored a broad range of cinematic genres though the medium of opening and closing titles. BLOCKBUSTER asks the question of Vorspannkino: what else in the cinematic experience other than the film itself and credit sequences might offer readability? In response to this question BLOCKBUSTER takes the efficacy of Vorspannkino and recalibrates it towards production logos: objects that serve a radically different role and purpose within cinema while maintaining a similarly liminal status within discussions regarding core cinematic experience.

BLOCKBUSTER is the tenth exhibition in an ongoing programme curated for Seventeen’s basement space by Paul Pieroni. The exhibition will run concurrently with our group exhibition in the main space. 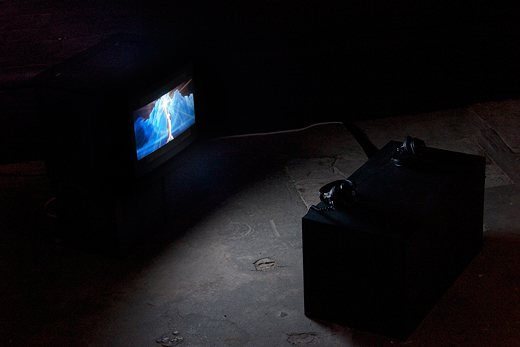 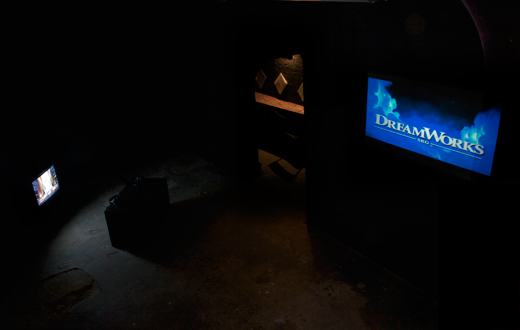 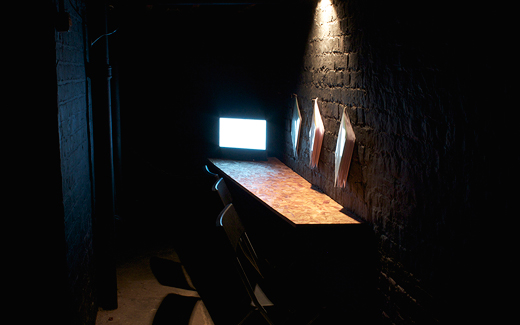 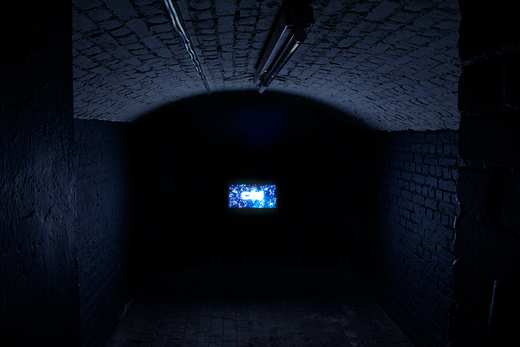