Paul B. Davis’ probing, contemplative second solo show at Seventeen represents a bold step forward for the artist…though not necessarily one he expected to take. It was instigated by a semi-voluntary rejection of a practice that, until very recently, was central to his creative output and figured prominently in his debut exhibition at the gallery – ‘Intentional Computing’ (2007). A curious turn of events led to this unforeseen repudiation and redefinition of practice:

I woke up one morning in March to a flood of emails telling me to look at some video on YouTube. Seconds later saw I Kanye West strutting around in a field of digital glitches that looked exactly like my work. It fucked my show up…the very language I was using to critique pop content from the outside was now itself a mainstream cultural reference.

Contentiously dubbed ‘datamoshing’, (or ‘compression aesthetics’, as Davis prefers to describe it), this practice ultimately emerged out of artefacts inherent in the compression algorithms of digitally distributed media. Davis seized upon the glitchy pixellation that is often present while viewing YouTube clips or Digital TV, and repurposed it as a tool of cultural rupture. Alongside other artists such as Paper Rad, Sven König and Takeshi Murata, he engaged this effect as a tool for aestheticized intervention, a fresh framework for analysis, and a new visual language.

In contemporary culture, mainstream media pilfering of independent artistic production is expected. Moreover, it’s a generative force – renegade practice and/or methodology is forced into evolution by the appropriation of its pioneering techniques. But for Davis this perhaps inevitable incorporation by Kanye West, the self proclaimed “voice of this generation”, served as a trigger to directly engage his growing concern that current artistic methods for grappling with digital culture—hacks, remixes, and “mash-ups” among them— are ill-equipped for sustaining serious and self-reflexive critical examination. As Davis has commented, “These methods generate riffs…restatements or celebrations of existing cultural behaviours, and artists who use them are seemingly unable to either offer incisive alternatives or generate new cultural forms. I was one of these artists, making these riffs, and I’d come to realize their limitations.”

Define Your Terms (or Kanye West Fucked Up My Show) concerns Davis’ attempt to understand, react to, and depart from this crossroads. The works in the exhibition, many of which disavow his previous modes of hacking or mashing-up existing digital artefacts, have all been produced in the past two months, and will instead propose some alternate strategies for provocatively getting under the skin of Civilisation 2.0.

In Codec (2009), Davis’ created his own proprietary video compression/decompression algorithm – ‘PBD compression’ – which is free of now-standardized templating and presets. This algorithm is—defiantly—unavailable for commercial use. With Critical Space Headgear (2009) a head-mounted video camera is fed to a head-mounted display, the resolution of camera output and viewed input being reduced to 320×200 pixels thereby creating a self-mediated “reality” that’s flattened in real-time to the same dimensions as YouTube. In The Symbol Grounding Problem (2009) Davis simultaneously ingests a bacon sandwich while defecating in a perspex box as philosopher Luciano Floridi narrates the viewer through what they see onscreen as the interaction of dynamic informational entities. Floridi asserts that as we move closer towards the singularity—the future point in which human consciousness merges with the consciousness of our machinic progeny—our own experiential trajectory in the physical world will become secondary to the interaction of informationally-modeled simulacrum. This inevitable futurity is reinforced while experiencing the most base, mundane of bodily functions– simply taking a poo.

In this way, the works in this show are built. They are constructed out of whole cloth. There are no naïve uses of technology here as they turn away from seemingly arbitrary, uninterrogated appropriation of digi-cultural artefacts and seek to offer alternative strategies for taking on the protocols of new media. In essence, Define Your Terms (or Kanye West Fucked Up My Show) is an exhibition about Davis breaking free from his own creative paradigm and setting forth a revivified agenda. Through radical reevaluation of his process, Davis has offered some new approaches for tackling the hovering questions that are relentlessly generated by this – our age of over-caffeinated cultural cycles, empty signifiers, and supreme technological oversaturation. 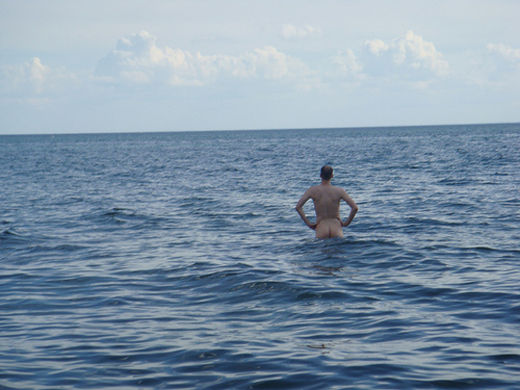 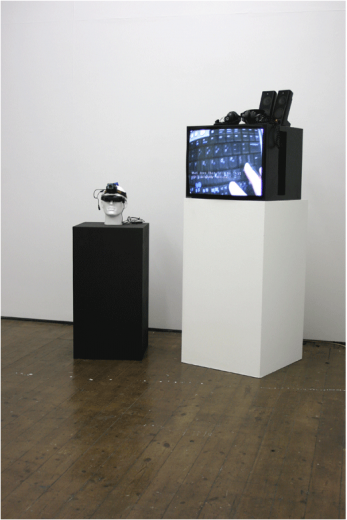 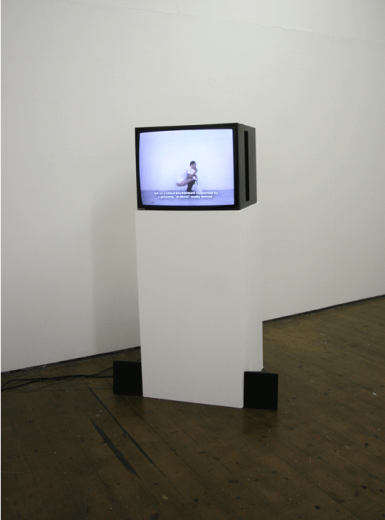 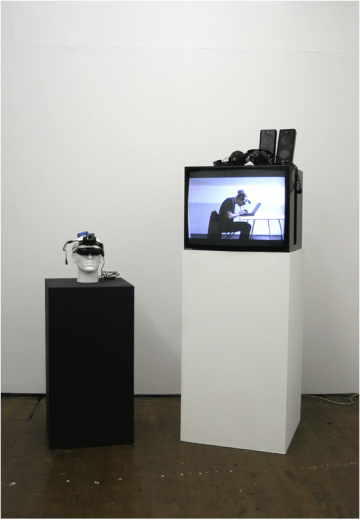 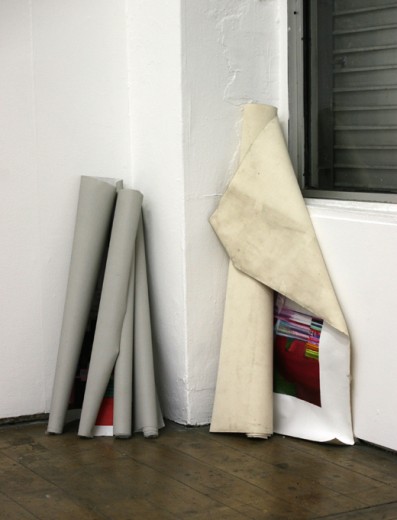