This exhibition brings together a selection of short video works produced by Forcefield between 1996 and 2002. Now on an indefinite hiatus (currently holidaying in the Bermuda Triangle), this is the first solo gallery exhibition of Forcefield’s work to be held in London.

In the late 90s and early 00s, alongside noise duo Lightning Bolt, Forcefield galvanized a burgeoning cross-disciplinary alternative scene in Providence. Fort Thunder, a now destroyed warehouse on the second floor of a pre-Civil War former textile factory in the Olneyville district of the town, was its epicentre. Home to three out of four Forcefield members as well as Lightning Bolt (LB’s Brian Chippendale was a starter member of the community), Fort Thunder also regularly hosted gigs, craft fairs, cookie bake-offs, Halloween mazes, indoor firework displays – even costumed wrestling events over its 9,000 square feet of space. Forcefield were firmly situated within the disparate and hermetic sphere of creation and display that was Fort Thunder. Accordingly, when viewed now, their work demonstrates a vibrant disregard for disciplinary as well as institutional boundaries.

In a November 2002 text for Artforum, Steve Lafreniere wrote that Forcefields videos…

… are their most narrative works. They star the members of the group, concealed in kookily glamorous all over body stockings. These are knit on industrial looms by Gorgon and look like the unisex clothing of a multisex species. On video their ice-cream-colored zigzag patterns take on a pixelated buzz, which obscures any nuance of the wearer’s body language until just silhouette and broad gesture remain. Thus the characters have an alien-/Other-ness to them, even if their onscreen lives appear terribly humdrum. We see them playing clunky video games, chasing after small runaway creatures, or holding forth in gibberish from behind colossal laminated desks. If these are broadcasts from another green world, it’s obvious that the aliens’ televisions serve the same purpose as our own. But wait, here’s their Discovery Channel: Forcefield figures dancing in slow motion around a tall, willowy knit pyramid, clapping their hands in a ritual of … pacification? Worship? But soon this exotica looks familiar, too, and the thought begins to creep in that these aren’t extraterrestrials at all but ourselves at an inane remove.

Forcefield: Videos is the ninth exhibition in an ongoing programme curated for Seventeen’s basement space by Paul Pieroni. The exhibition will run concurrently with Abigail Reynolds’ solo exhibition in the main space. 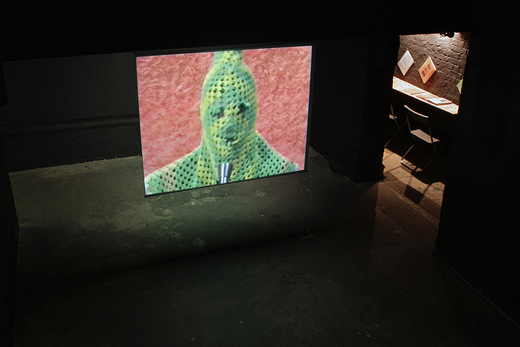 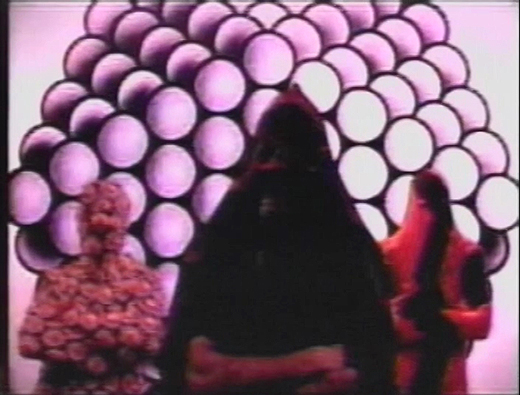 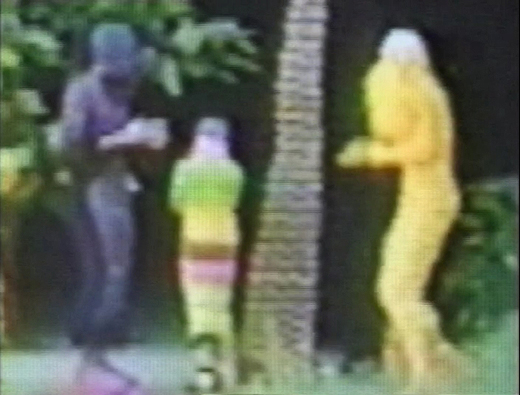 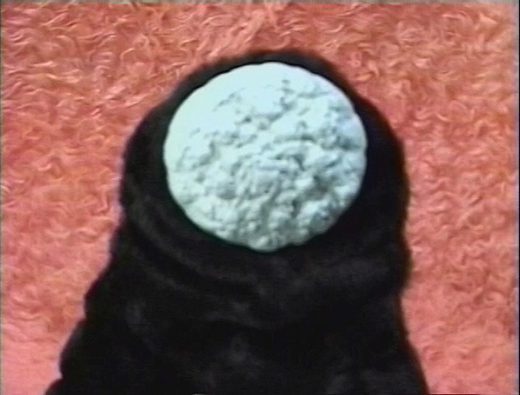 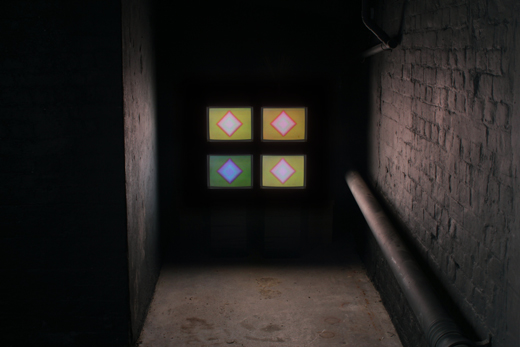 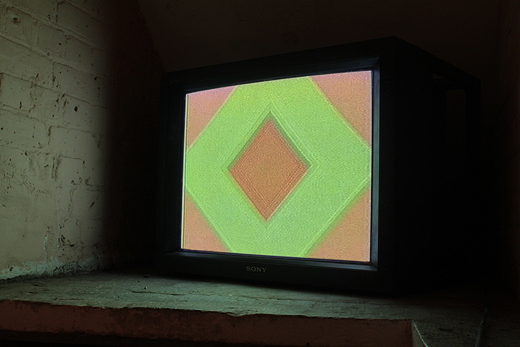 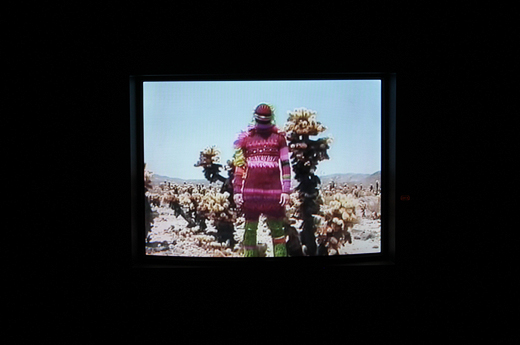 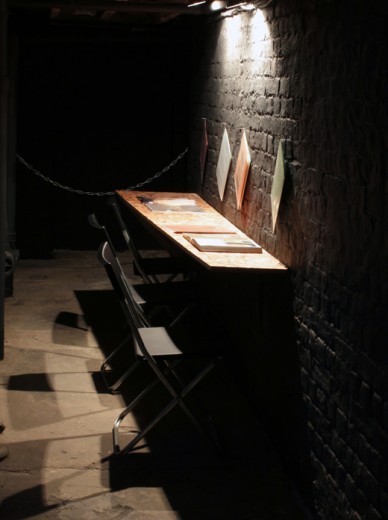 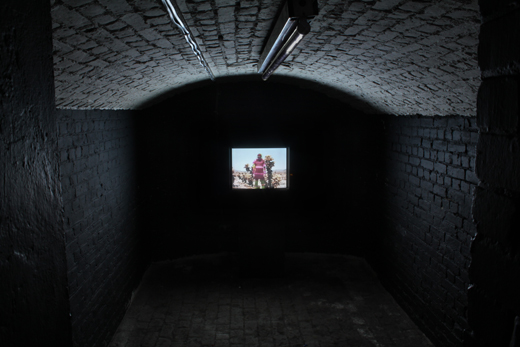