Abigail Reynolds’ first London solo show, titled The Universal Now, is a series of collages, comprised of imagery sourced from publications such as guide books and atlases. The works combine photographs of familiar landscapes or monuments, enmeshing them together, in a process of splicing and joining. Cuts are made into the printed surface and the paper is folded and pushed upwards and outwards, creating a three dimensional object, a grid-like construction that changes and moves with your perspective, underlining your presence as viewer. These photographs have come from books that are now historical documents rather than useful tools, and would be viewed for reasons of nostalgia or curiosity rather than to inform a holiday itinerary.

Within the piece Westminster 1915/1952 (2008), Reynolds has removed bookplates depicting the abbey and has woven the two pictures into one field. Oddly it seems that 37 years apart, two photographers have stood in precisely the same spot to capture their image. Reynolds is therefore able to take these two forgotten sheets and splice them into one another almost perfectly, creating a jarring uncomfortable object that refers to this unusual coincidence. Within these pieces parts of the images line up uncannily, perhaps where a landmark building remains, but the environs have often changed, underlining the passage of time.

The series title refers to the instant when the camera shutter opened and closed, often years apart, but both moments register a ‘now’. The precise nature of ‘now’, which is debated in many fields from psychology to physics, isn’t resolved within these works, however the objects are infused with an overriding awareness of time, as the viewer also encounters these pieces within their own separate present.

A publication will accompany this exhibition, due in mid Jan 2009. For further information and images please contact the gallery. 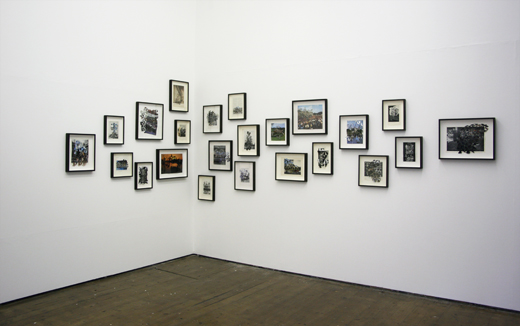 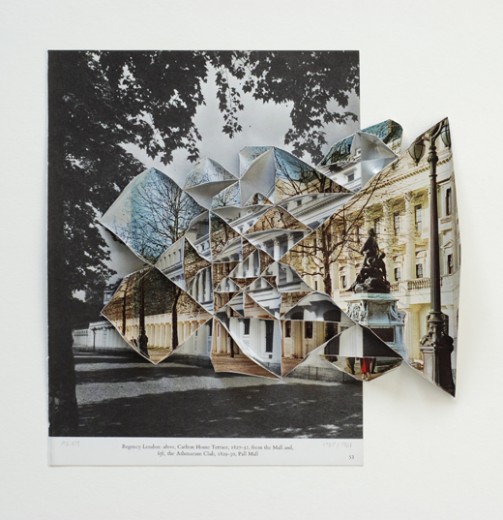 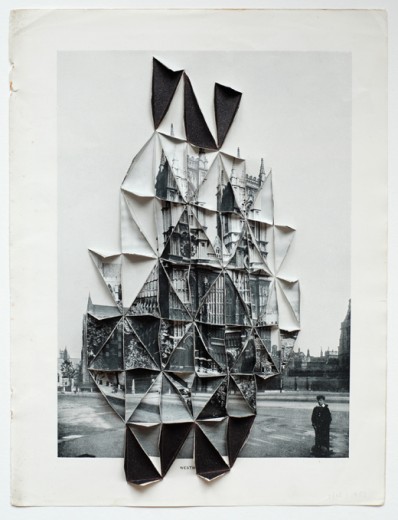