“To dream of islands – whether with joy or in fear – is to dream of pulling away, of being already separate, far from any continent, of being lost and alone – or to dream of starting from scratch, recreating, beginning anew”

Escape, pure escape, is merged with a concomitant set of artistic investigations into themes as varied as colonial history, science-fiction, semiotic deconstruction and revolutionary politics to form the conceptual core of What Can a Desert Island Do? – a group exhibition inspired by Gilles Deleuze’s contribution to the desert island allegory and its persistence in the western cultural imagination.  For Deleuze, addressing the theme in his until recently unpublished essay Causes et raisons des îles désertes (1953), it is the very force of the separate geography of the desert island that drives what humanity precariously exists there into microscopically sharp focus; on the desert island we can either conform with the social coding inherited from our point of origin (like Crusoe) or break free and be reborn, become anything, even disappear. By isolating its agents from the quotidian patterns and social avenues of domestic culture and in forcing their behaviour into stark relief, the desert island can profitably be read as an exemplary zone for protean creativity. Deleuze’s desert island – like ours – is never simply a geographical representation, rather it exists virtually – as an extended plot point or plateau for a special set of creatures and creatings.

Walker and Bromwich are escape artists par excellence.  From an inflatable desert island – presented as a DIY kit for home production – to a full size inflatable raft-island sailed triumphantly down the river Thames; the duo take a light hearted, though nonetheless rigorous, approach to addressing the desire to break free and escape from the regularity of the everyday social order.

Ines Rebelo’s Tum Tum from Planet Lum  (2006) engages not only with the alterity of the science fiction image (Sci-Fi being a desert island discipline in itself) but the schematics of information, meaning and its interpretation. For the work, Rebelo co-opted a team of draughtsmen from the Royal Botanical Gardens in Kew, asking each of them to reconstruct from the partial evidence provided by Rebelo an interpretation of Tum Tum – a pre-existing science-fiction character. The results reveal both difference and consistency in the transference and interpretation of factual information.

Pernille Holm-Mercer’s digi-print text work Words of Advice  (2006) is a stark, sober – though nonetheless poetic – set of statements designed to warn a nameless subject of the perils and temptations set to befall those who break free from the normative controls of regular sociality.

Matthew Glamorre, as a true manifestation of re-born exuberant otherness and a bona fide child of the desert island spirit presents his seminal film A Smashing Night Out (1994) featuring amongst others, the legendary Leigh Bowery in the twilight of his performance career.

Eemyun Kang paints dreamy isolated worlds, spheres of unique appearance and attribute, populated by the rarest of flora and the strangest of beings. Kang evokes a pure land of myth – an untouched zone – located far in the antipodes of the human imagination.

Mike Harte presents a work that addresses the original curatorial motivation for his inclusion in the show. In a draught press release sent to him on the 21st of October, it was written, “merited by behavior as opposed to production, the inclusion of the eponymous Mike Harte is warranted by his continually self-coordinated desire to disappear artistically”. The clear relation between between Harte’s well-documented ephemeral persona and the idea of disappearance – a key notion in the ontology of Deleuze – made his inclusion a genuine move. However Harte disagreed and his contribution to the exhibition is a documentation of this objection.

Marc Raue presents an aged drum kit, set up and seemingly ready to play. On closer inspection the kit reveals an inner truth – the skins are replaced with fragile paper and any performance would result in the kits instant termination. The work – a special commission for the show – addresses the reality of utopian models and the continual danger of implosion and failure that is a predicate of their very existence.

Kasper Sonne examines the contextual order of meaning in his pan-medium practice that incorporates video, installation and sculpture. Sonne’s subtle disjunctive interventions effectively tap into an inherited schema of signs and symbols – at once disrupting the everyday syntax of the collective human conscious while offering a critique of normalised epistemological systems. For the show, Sonne’s presents a projected video work Film (2007) that performs a local operation upon the visual and sonic form that orders the machinery of video art and its institutional presentation.

Guy Allott’s whimsical and intriguing paintings ruminate on the pioneering aspects of Western civilization. Allott demonstrates a preoccupation with discovery, adventure and colonial conquest – investigating these ideas and their relation to contemporary society.

Troels Carlsen resources antique documents such as maps, charts and diagrams – reframing each found work with a new layer of critical interpretation. Carlsen’s carefully rendered illustrations evoke a romantic era of scientific and cultural innovation; an epoch of worldly excitement fuelled by the drive to connect with untamed territories and sublime natural forces. 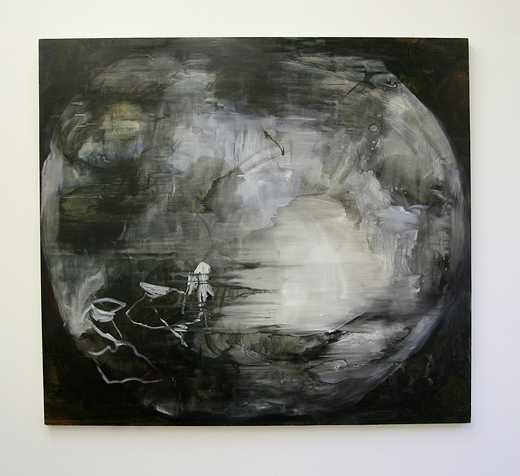 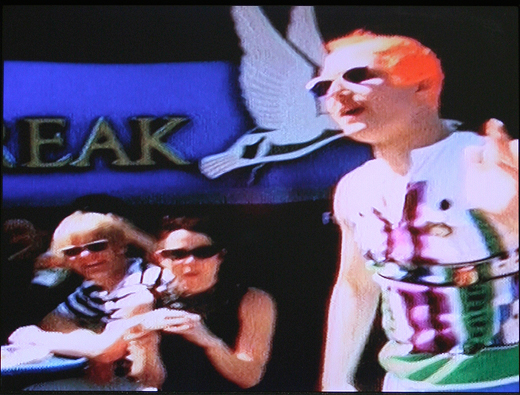 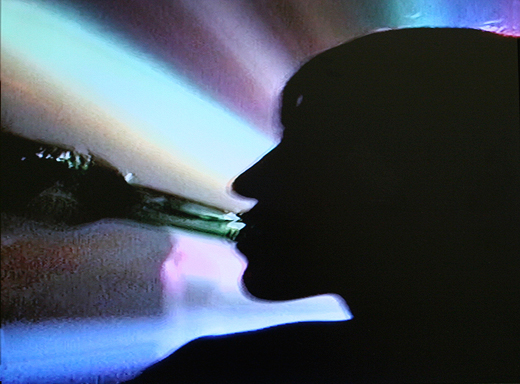 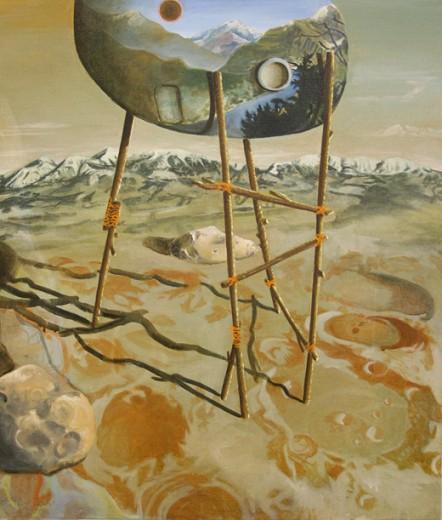 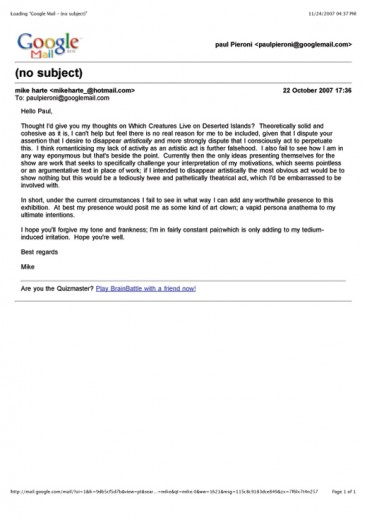 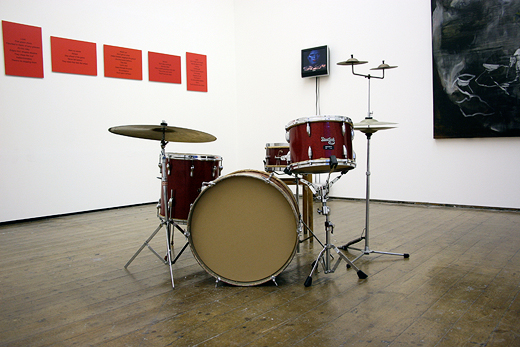 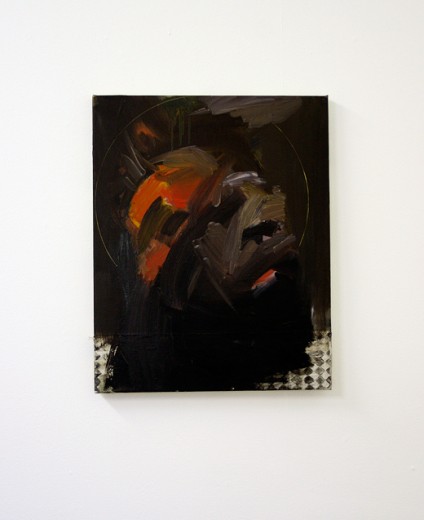 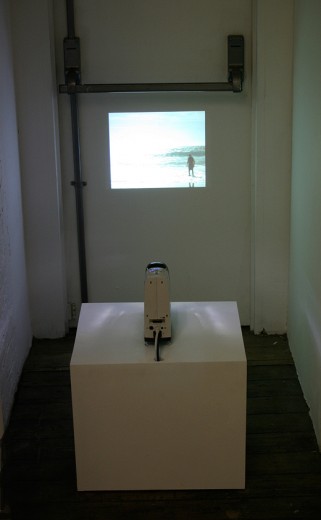 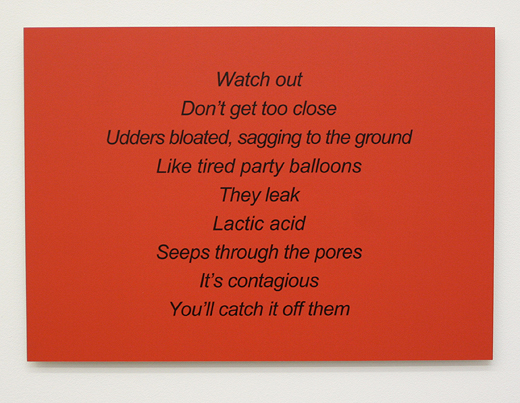 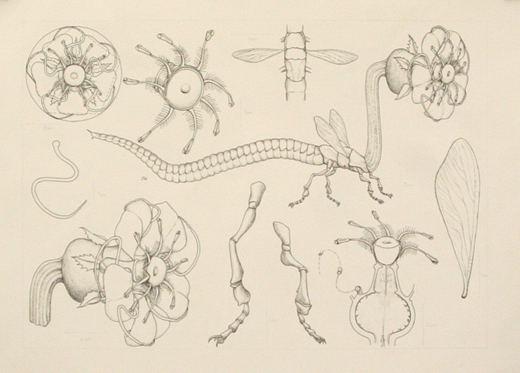 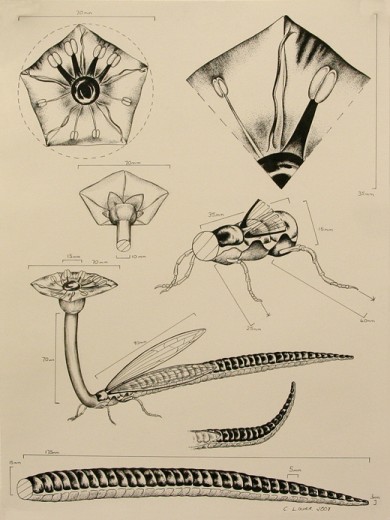 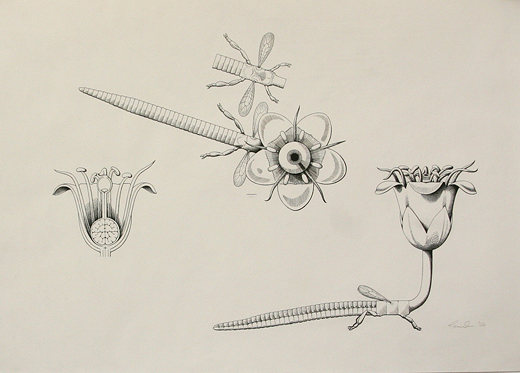 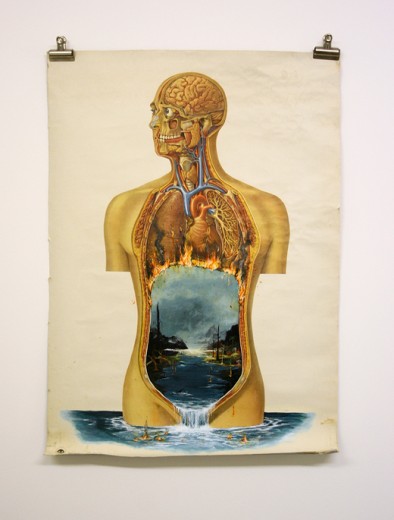 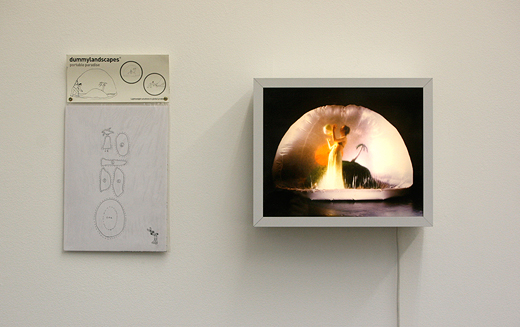