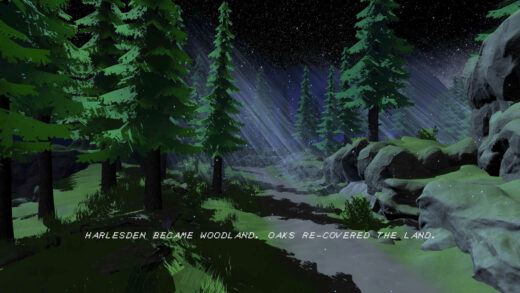 David Blandy has worked with young people from Capital City Academy and Roundwood Youth Centre to reimagine Harlesden 8000 years from now. This future is set in the high fantasy world of The World After, a role-play game setting that Blandy has been building for the past two years. It imagines a lush environment, a place where humans have left the surface for millennia, and a new world has evolved, erasing much of humanity’s legacy. The World After has been conceived by Blandy as a Tabletop Roleplaying Game (TTRPG) formed through collaborative sessions, originally commissioned by Focal Point Gallery and New Geographies. The work is influenced by the worlds depicted by fantasy fiction authors Ursula Le Guin and Octavia Butler.

‘Visions of the Deep Past’ will run from 19 September – 13 December 2020at the Harlesden Library Plus.