The Surreal World of Dion McGregor

Dion McGregor (1922 – 1994) is the greatest sleeptalker in recorded history. From the early 60s, lasting for around seven years, McGregor’s roommate and sometime songwriting partner Michael Barr recorded around 500 of McGregor’s fascinating nocturnal utterances. For this exhibition a selection of ‘dream tapes’ have been gathered together alongside relevant texts and recorded interviews.

While many can claim to have witnessed sleeptalking or been told that they themselves have demonstrated a propensity for dreamy loquacity, what makes McGregor’s case so exceptional is the sheer narrative complexity of his somniloquy. McGregor’s dreams conjure a truly surreal world. A place where men hunt Griffins and Unicorns, bizarre food rituals involving poisoned éclairs take place and ethnically diverse balloon rides to the moon are the norm. This is a place of shouts, laughter and screams. A place of both delight and horror. A place, above all, of profound humour.

McGregor himself was an interesting character – A gay bohemian drifter and endearing freeloader. Having pursued an acting career in Hollywood in the mid-50s he returned to his native New York taking up song writing while settling on the couches and spare rooms of anyone and everyone who offered to take him in. It was during this period of peripatetic living that McGregor’s sleeptalking began to attract serious attention.

The phenomenon soon caught the notice of Michael Barr, another aspiring songwriter living in the same 1st Avenue apartment block as McGregor. The two became firm friends (McGregor moving onto the spare twin bed in Barr’s living room) and began writing songs together including Where is the Wonder, a successful release for Barbra Streisand. During this time, Barr would wake early each morning in order to record the inevitable stream of vocalised dreams emerging from McGregor. In the end the recording became something of an obsession for Barr, hundreds of dream tapes filling the shared apartment by the time McGregor eventually moved out into his own apartment in 1967 – effectively ending the recordings.

Considering these dream tapes and their underlying involuntary nature, it’s hard not to think, in artistic terms, of early Surrealism and its fascination with the Freudian unconscious. Freud’s psychoanalytic work with free association and dream analysis sparked Surrealism’s own deference to automatism. Automatism, as manifest in the Surrealist adoption of the literary technique of automatic writing (e.g. Breton/Soupault Les Champs Magnétiques – 1919), and as latterly central to Breton’s definition of Surrealism as ‘pure psychic automatism’, essentially calls out for a new mode of interaction between the conscious/unconscious. Conscious passivity becomes paramount – how to place the mind in a passive state sufficient to automatically produce (write, talk, paint, draw, etc.) becoming a key concern. Whether Surrealism ever established a consistent methodology of genuinely ‘pure’ psychic automatism is debatable; the nagging question of conscious mediation always threatening to taint the pursuit of automatic purity in artistic production. It is, then, refreshing to consider these concerns from the view point of Dion McGregor’s own particular brand of psychic automatism. With zero mediation guaranteed – the flow of unconscious material entirely bypassing potential contamination by conscious action – and without the intentionality and prescription of other processes of unconscious harvest such as hypnosis or dream-narration, could it be that the recorded legacy left to us by McGregor and Barr is, speculatively, a genuinely outstanding example of Surrealism at its purest?

So Somniloquent: The Surreal World of Dion McGregor is the fifth exhibition at Seventeen’s basement exhibition space – curated by Paul Pieroni. The exhibition will return concurrently with Nicky Deeley’s exhibition PING PING PING in the main gallery. 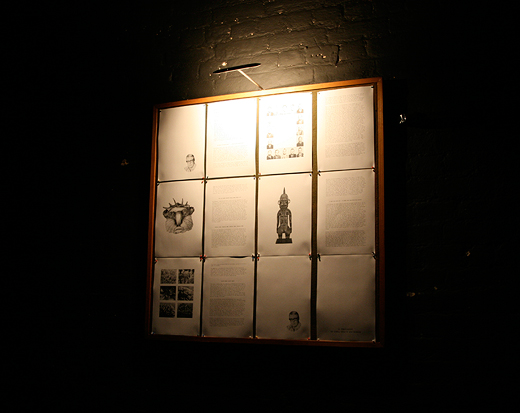 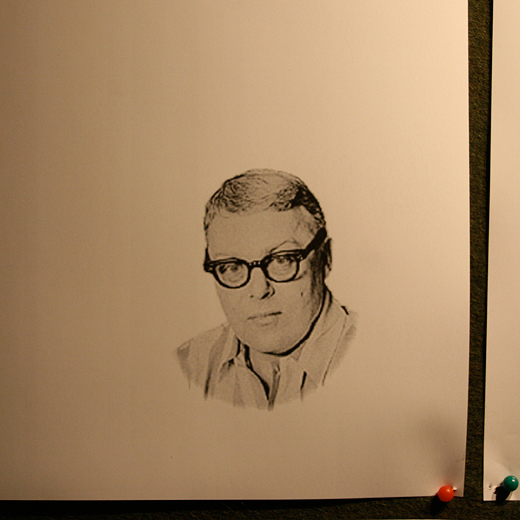 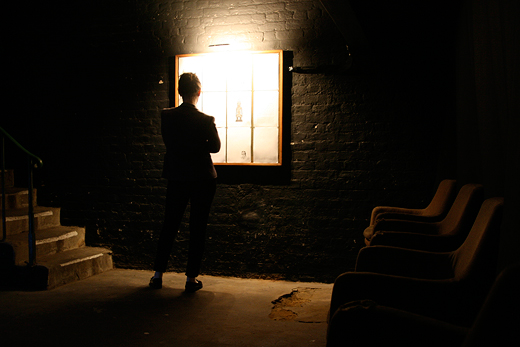