This exhibition has little to do with the French Revolution or the Dickensian ability for timeless gems on society, more an ability to tap the over-familiar, the cliche of signs, art objects, and expectations. None of the three artists place text at the centre of their practice, the recurrence of the written word is as a visual motif, alongside paint, wood, and tape. Here language communicates, contradicts, and refuses to be pinned down.

Peter Davies is known for his use of text in the form of lists and flow charts, but in his two new paintings, Davies juxtaposes imagery with his lettering. Replacing the familiar artists names and related response, seen in previous text works, the new paintings combine a comment with a figurative image, all made with the visual care and consideration of his earlier abstract paintings. The texts and images are comic and aggressive, and continue Davies interest in combining the wit of conceptualism with the beauty of formalism, now with the added ingredient of the cliche of expressionism. They lead on directly from the recent series of “angry” text paintings such as Why is British Art So Crap, 2006 and Whats all the Fuss About, 2006. The new paintings are influenced by the likes of Ed Ruscha, Barbara Kruger and the Guerilla Girls, or Sister Corita but are emptied of issues or things to protest about.

Graham Hudson presents his self-defeating outdoor sculpture When its windy this sculpture falls over, 2006. This work operates in a tautological, self-annulling system, which seems entirely obvious and yet inescapable. Its a monument to Kafka-esque Health & Safety, as its the attention given to alerting the viewer with an excess of warning tape, that provides the large surface area needed to ensure its predicted downfall. Like a Shakespearian tragic hero it is the exact same traits that en-noble the piece, that are its ultimate undoing. Nevertheless as the work is now presented indoors, an artefact to the “windy” conditions it was originally made in, the viewer is enabled to engage Hudsons proposition in the context of a formal art object.

David Ersser provides a new work for the show, a two metre square neon sign that demands “I need sexual healing” in solid capitals. The style of font, the domineering scale of the sign and the showy, decorative bands surrounding the text suggest the manner of a bar window. It would be an excessively flashy, kitsch, dazzling affair if the object hadnt been carved and teased out of balsa wood rather than the usual neon gas filled glass tubing. The disappointment is palpable. What would have been an exciting, warm glow is replaced by a cold sterility, at odds with the content of the text. Devoid of light and the hum of neon, this is an empty, pathetic statement, a uselessly intricate simulation. Erssers work speaks of the entropy of late-capitalist production, and questions the role of the artist as supposed hero and guiding voice to society.

Graham Hudson, When its Windy, 2006 collection and courtesy of Rokeby, London. Graham Hudson is represented by Rokeby. 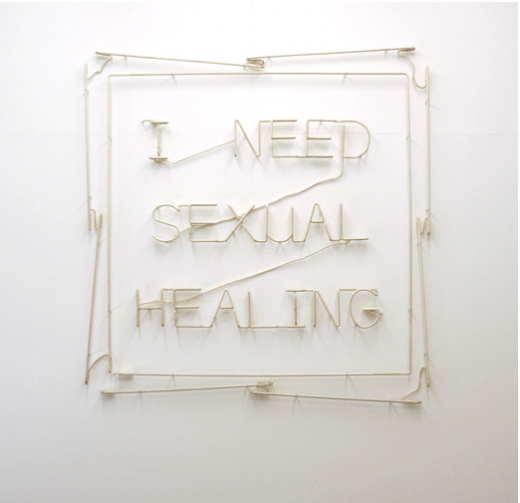 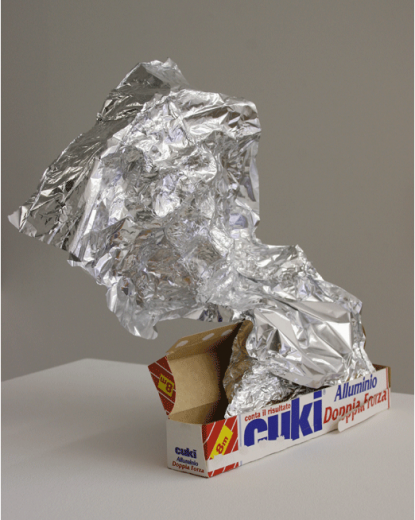 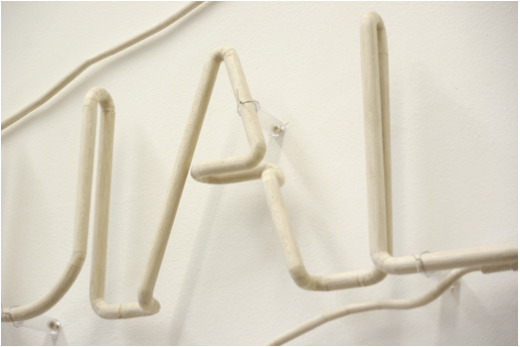 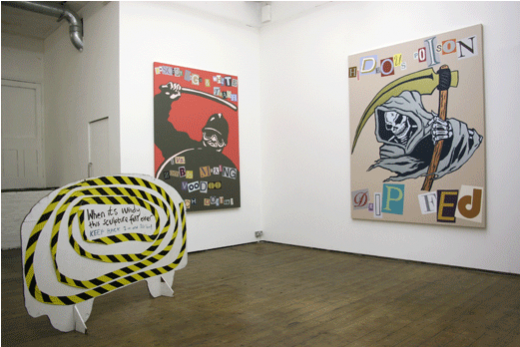 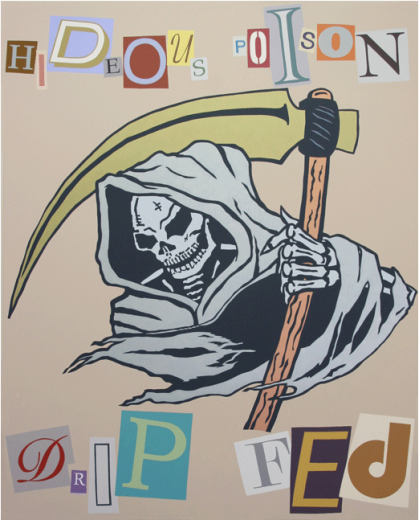 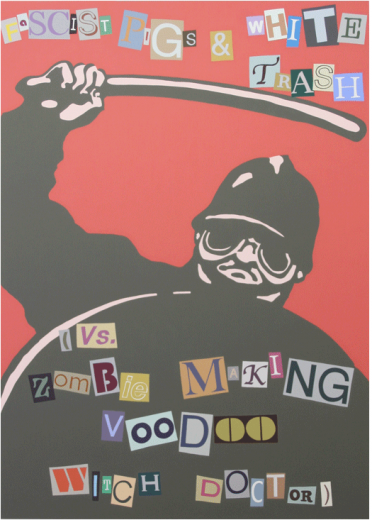 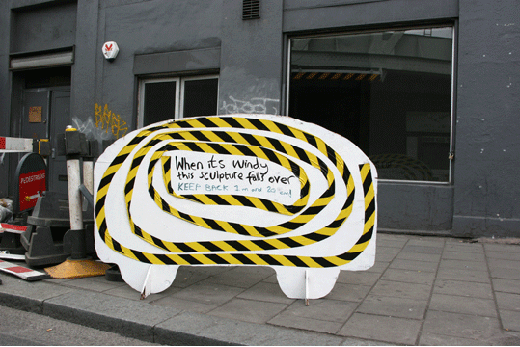