Open by appointment only

Gabriel Hartley’s second solo exhibition at the gallery is a series of paintings on carved wood panels influenced by the artist’s visit to see the frescos by Piero della Francesca at the Basilica of San Francesco, Arezzo. In the cycle known as The Legend of the True Cross the frescos depict the medieval legend that the wood from the Garden of Eden became the cross on which Christ was crucified. The images trace the story of the wood’s journey, which is at one point is cast into a pool of water. The wood grain at one point forms a halo around the head of a dishevelled workman who carries it. Echoes of this gain are felt throughout in the landscapes, with rivers and clouds flowing into each other. Hartley’s works in this show take their cue from this idea, the wood grain here physically takes on the feeling of water, clouds and earth while maintaining the woodiness of its material.

His previous body of work exhibited here in 2018 employed a strategy of erosion, working back through layers of thickly applied oil paint to reveal colours and forms buried under the painting’s surface. Hartley has developed the abrasion process further within these new works, carving into layers of plywood whose surface he has saturated with inks and acrylics, liquids that have seeped into the fibrous surface. The wood grain takes an active role, changing direction through the exposed layers, and in lighter sections of unpainted board.

Hartley positions his works as landscapes, seascapes or particularly in this case, paintings of weather, signalled to the viewer through the mechanism of each painting’s title. A dense mist of colour saturates the paintings’ surface, specks of intense colour coalesce to form clouds.

Gabriel Hartley (b. 1981) lives and works in London. Recent solo exhibitions include Waterwood at Foxy Production, New York and Gabriel Hartley at Studio Leigh, London. He holds a postgraduate diploma from The Royal Academy Schools, London. 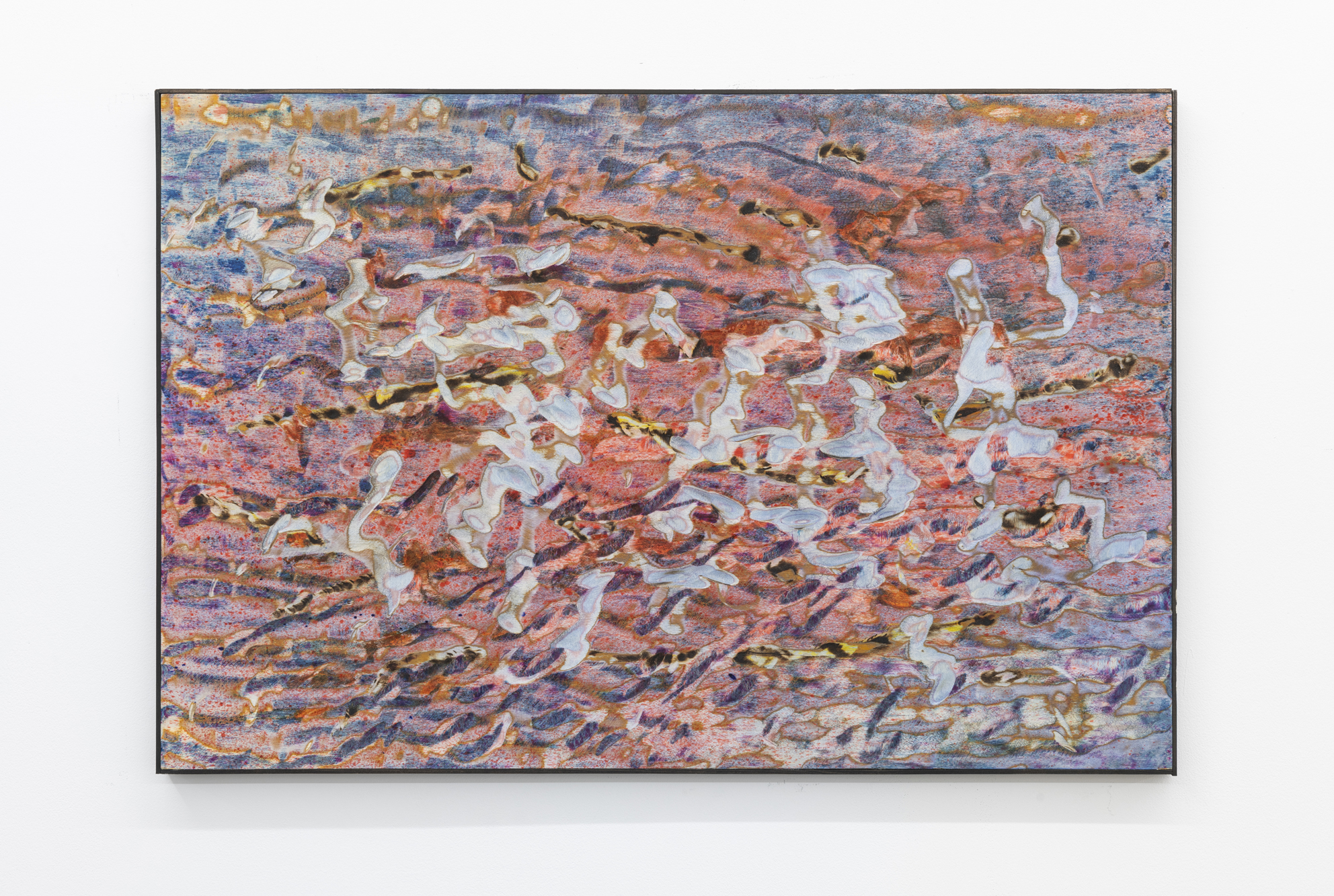 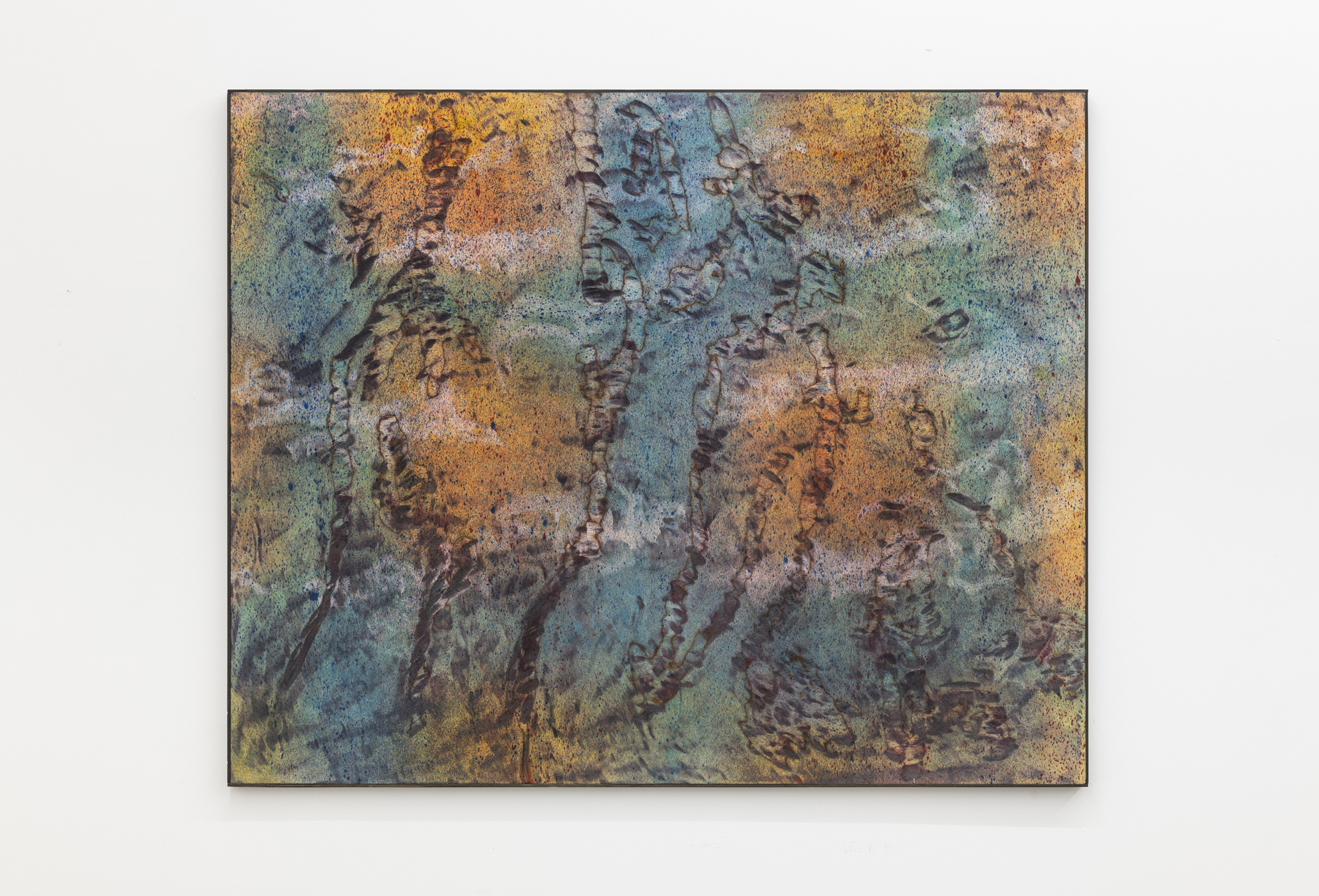 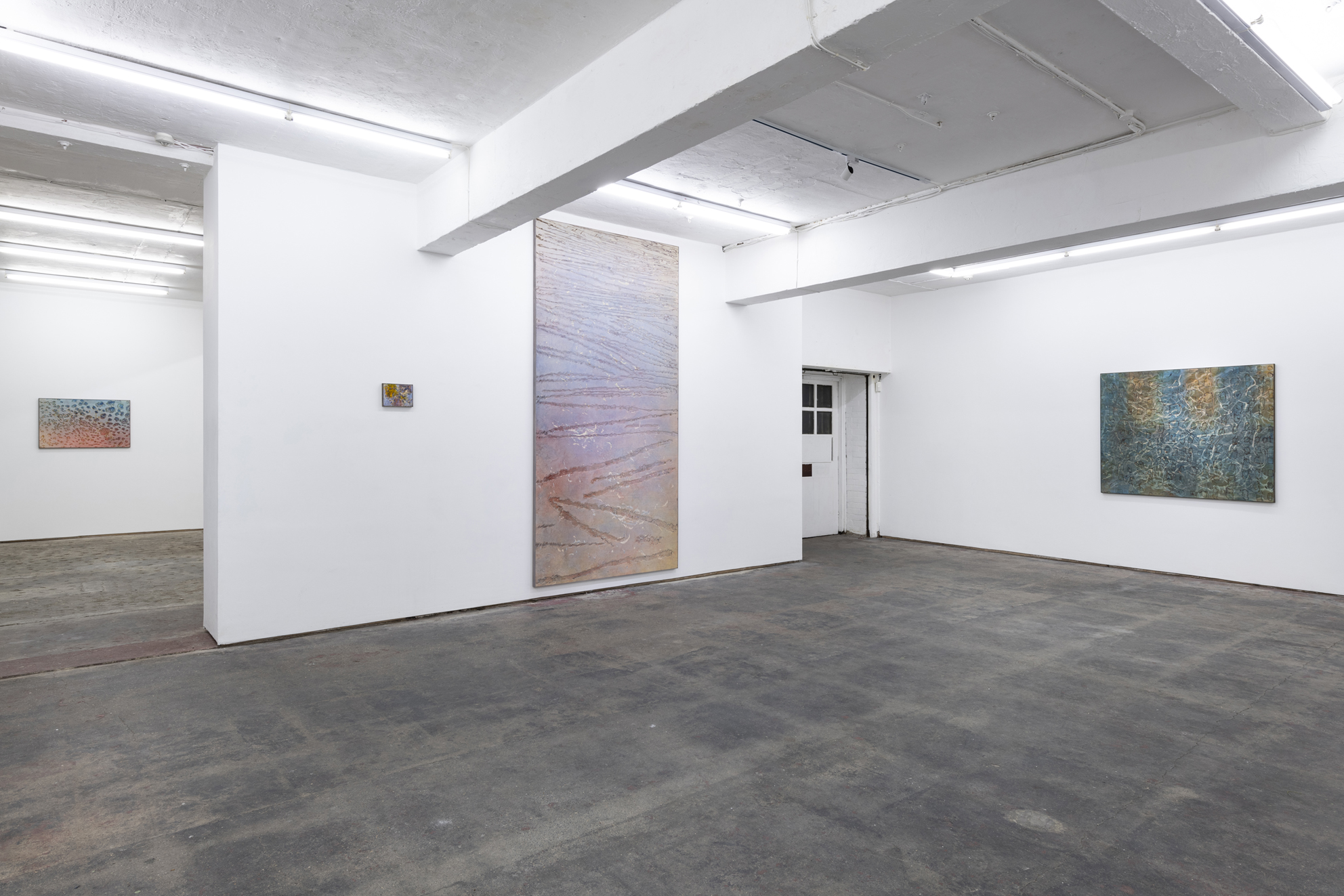 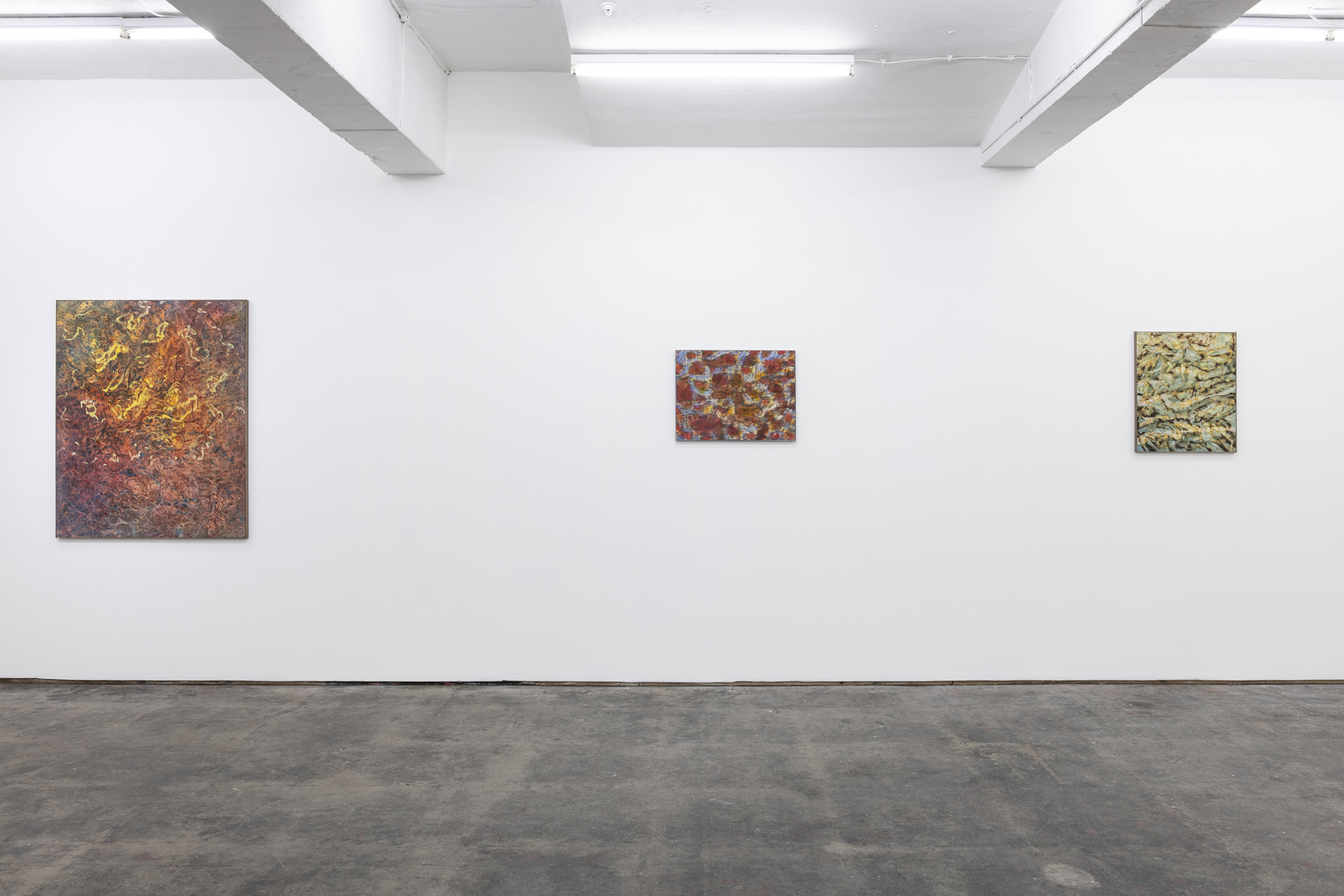 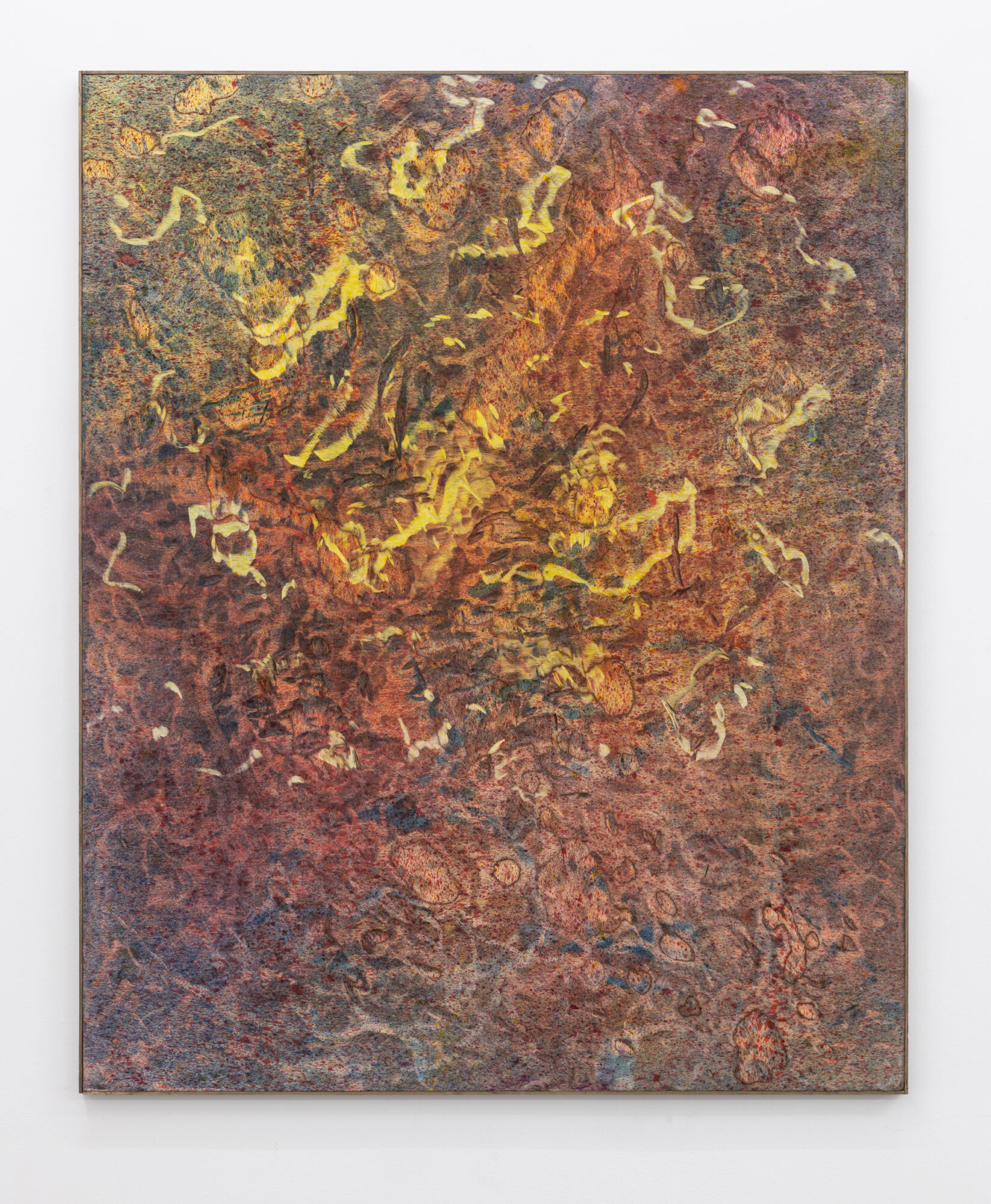 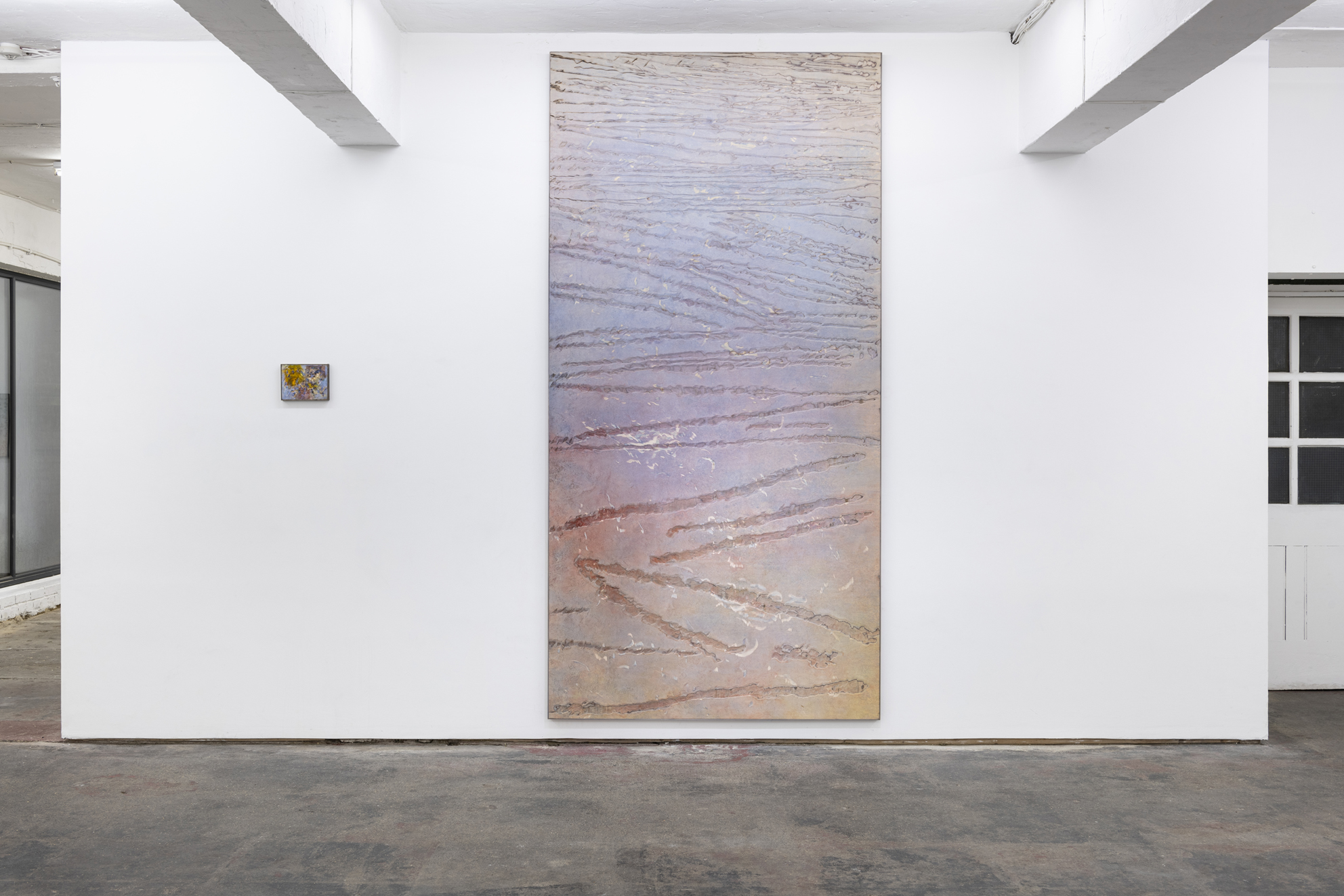 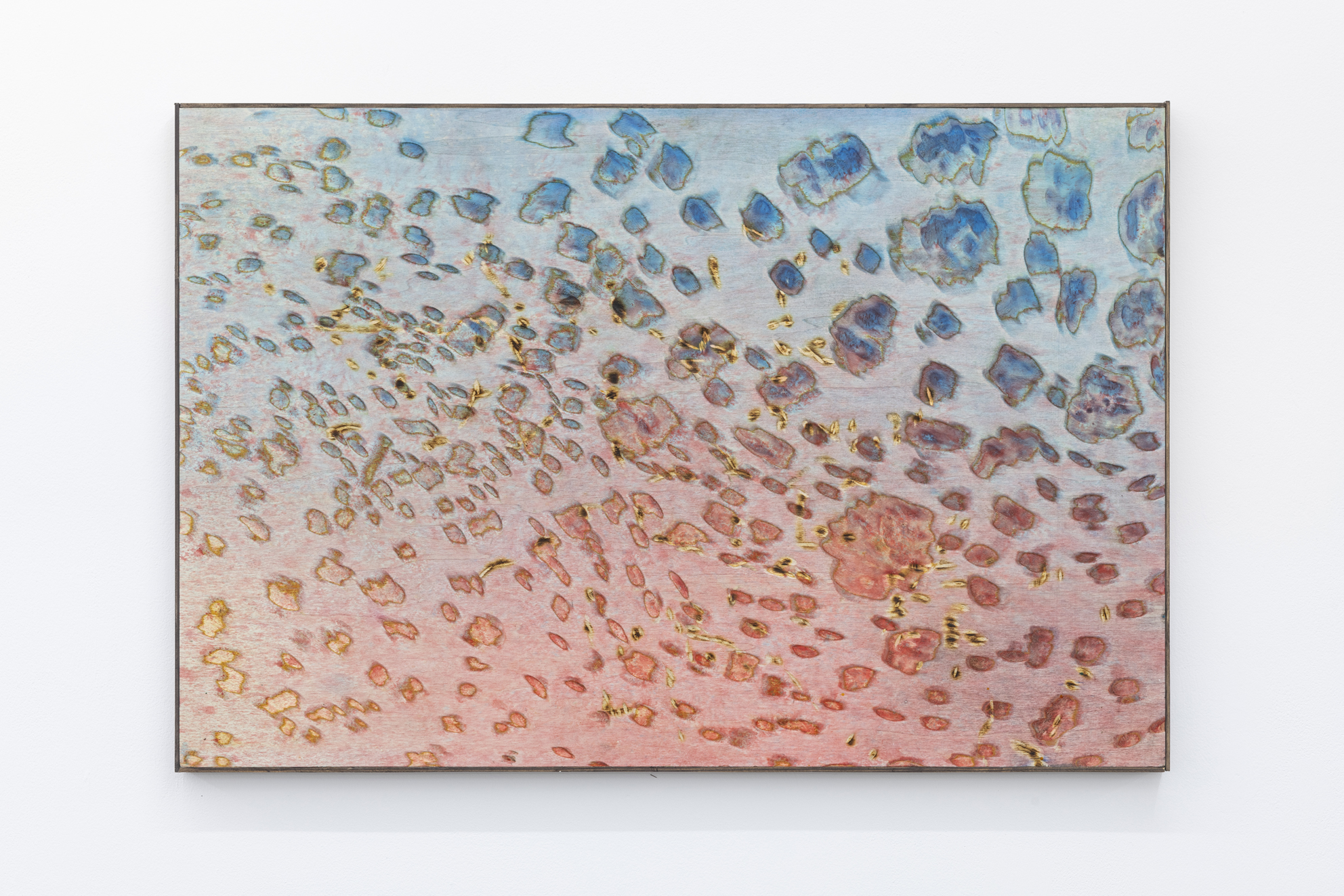 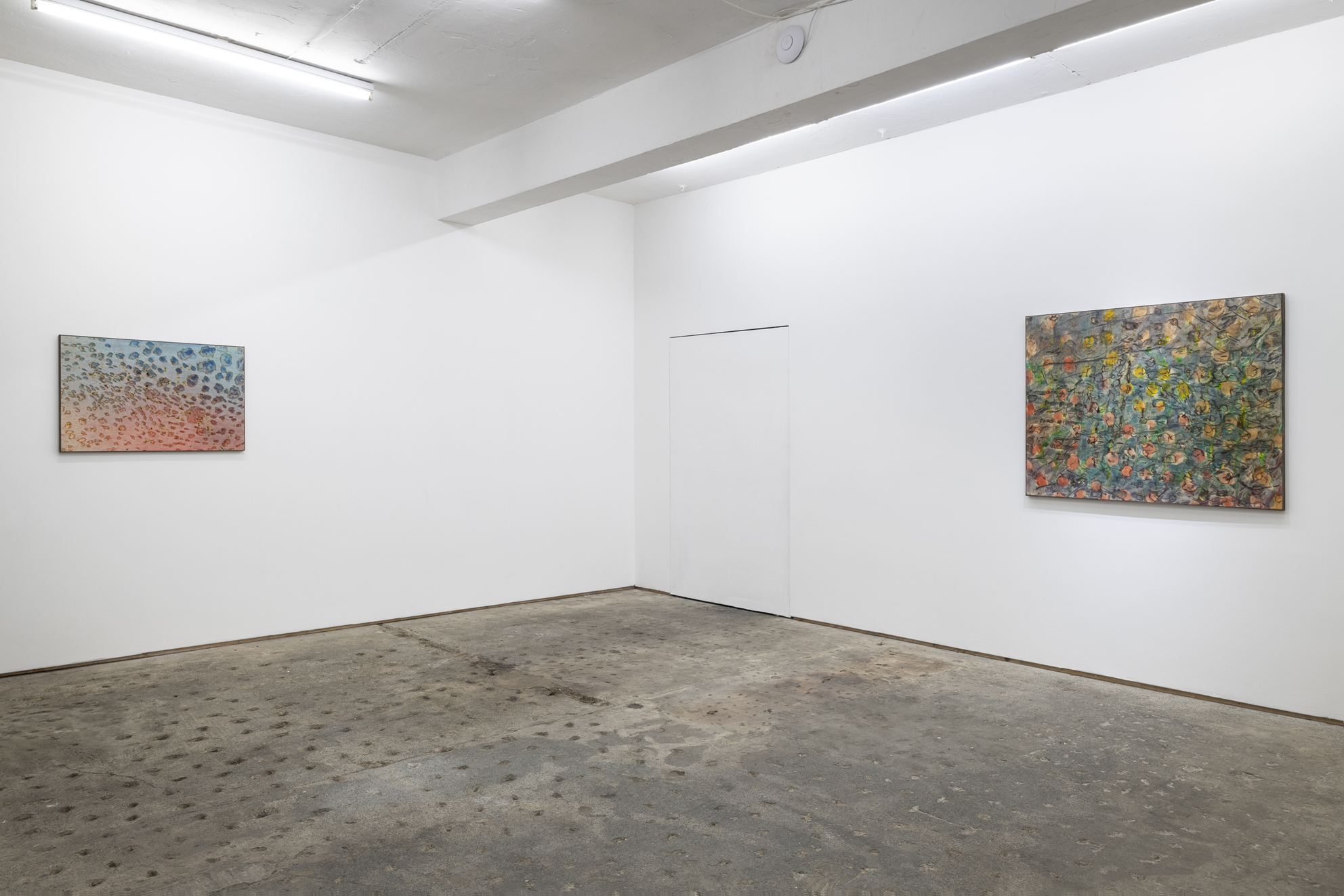 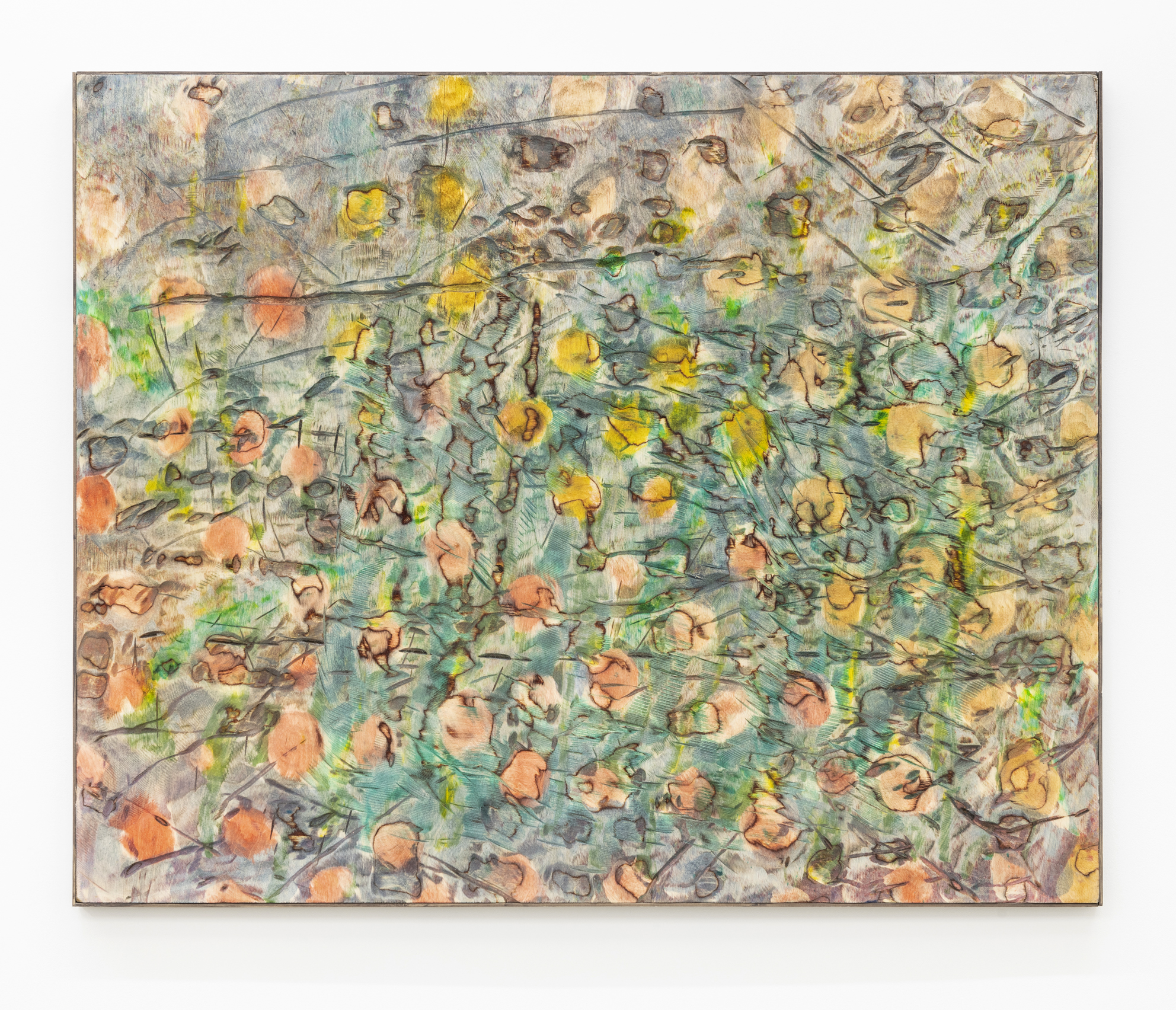 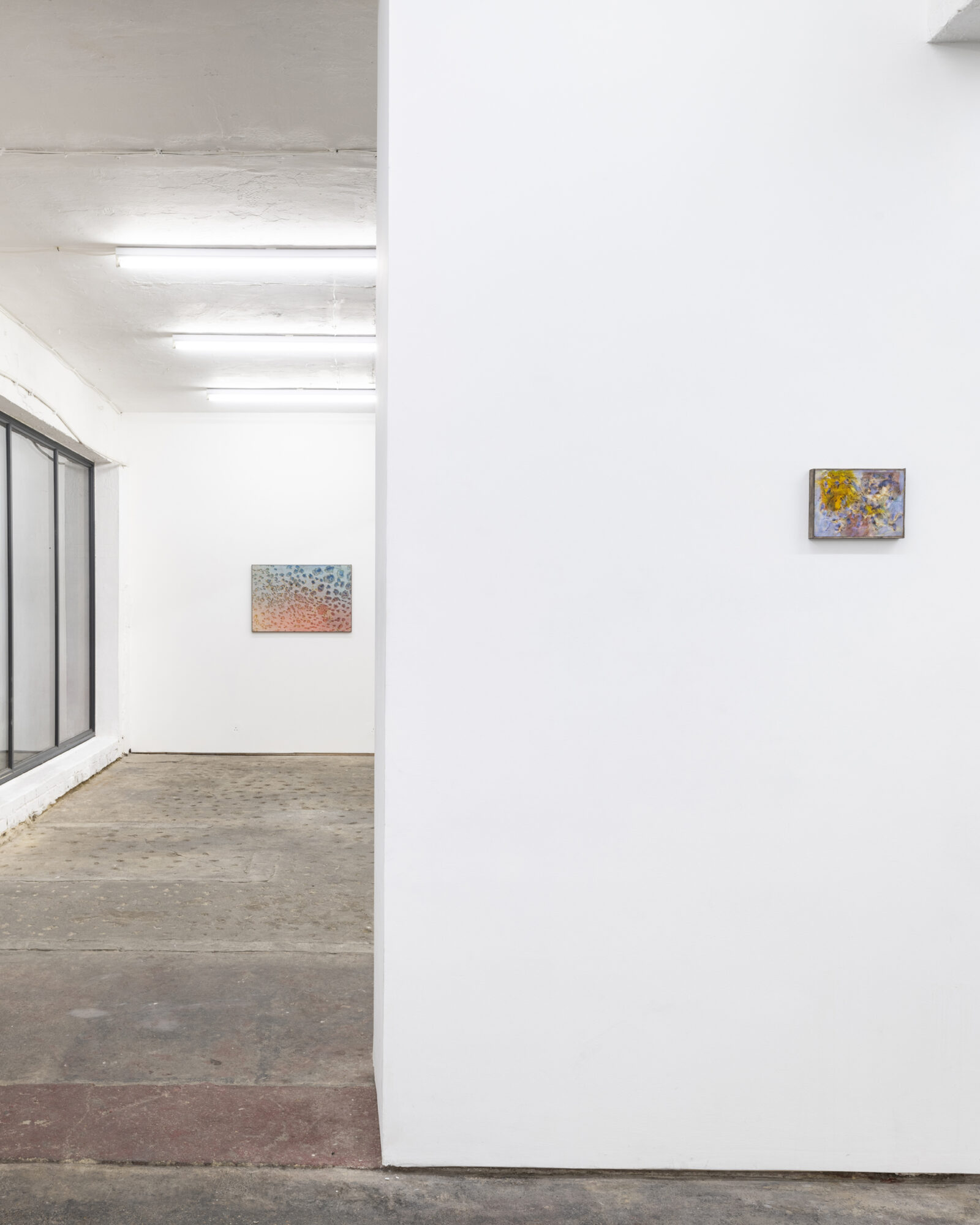 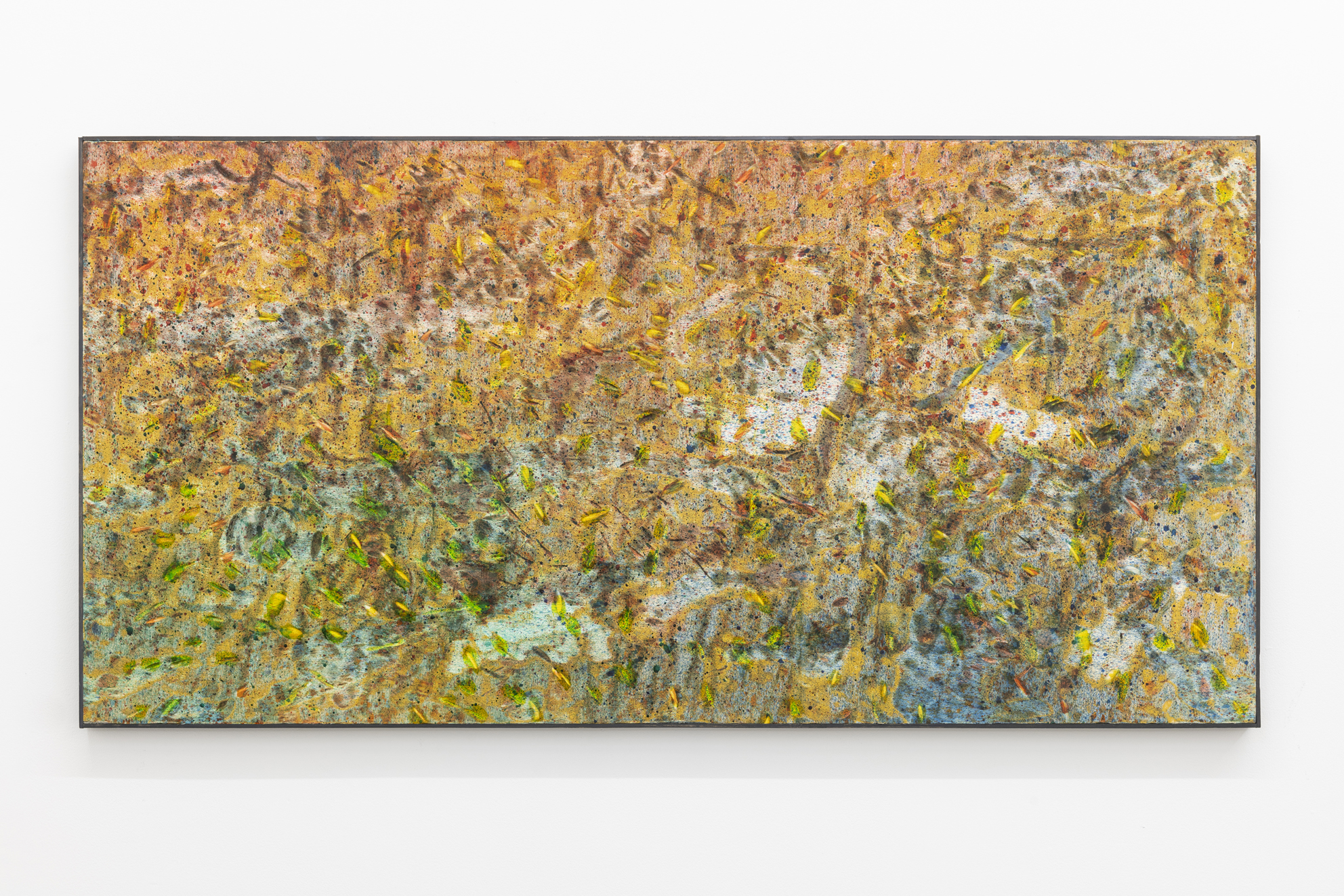 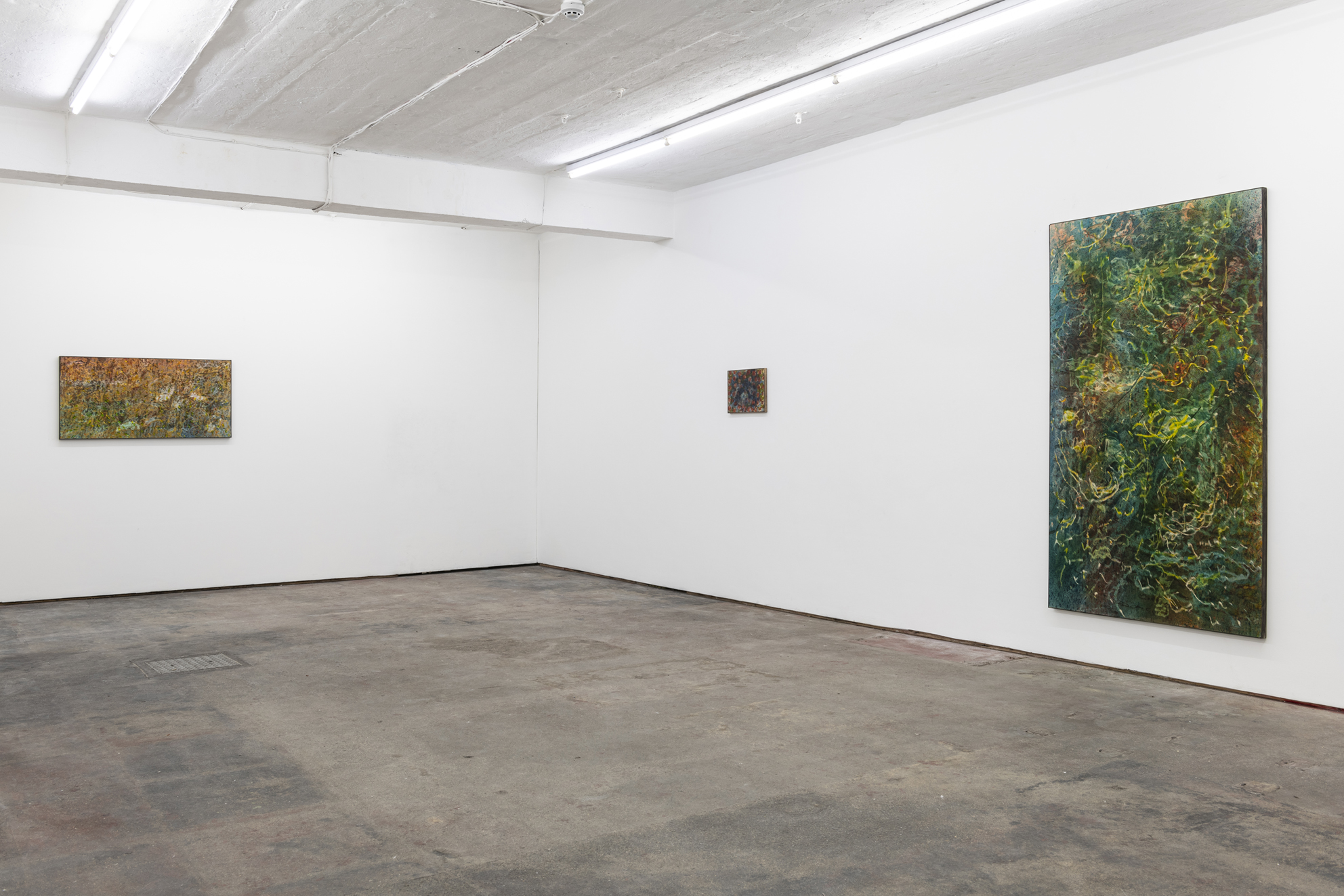 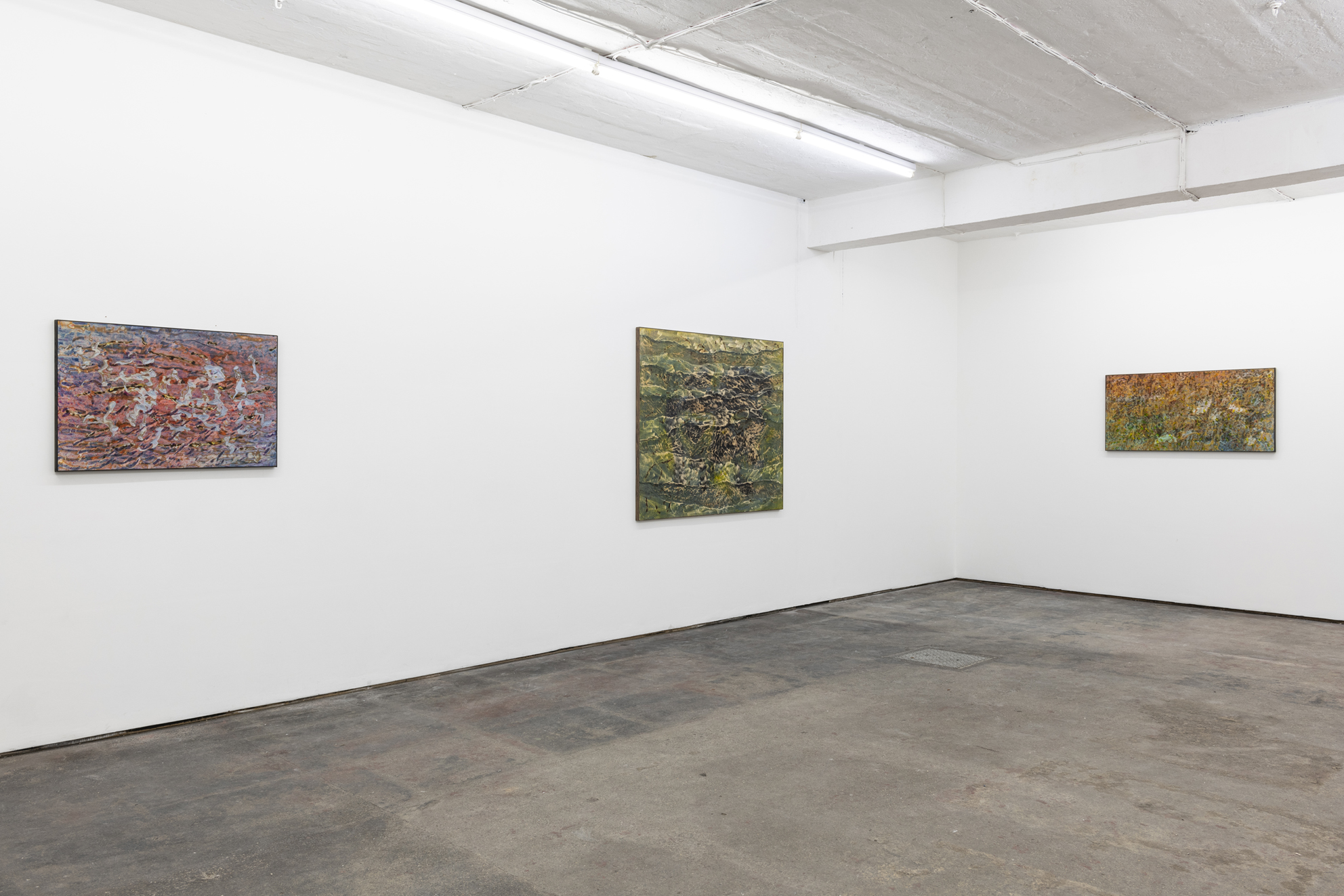 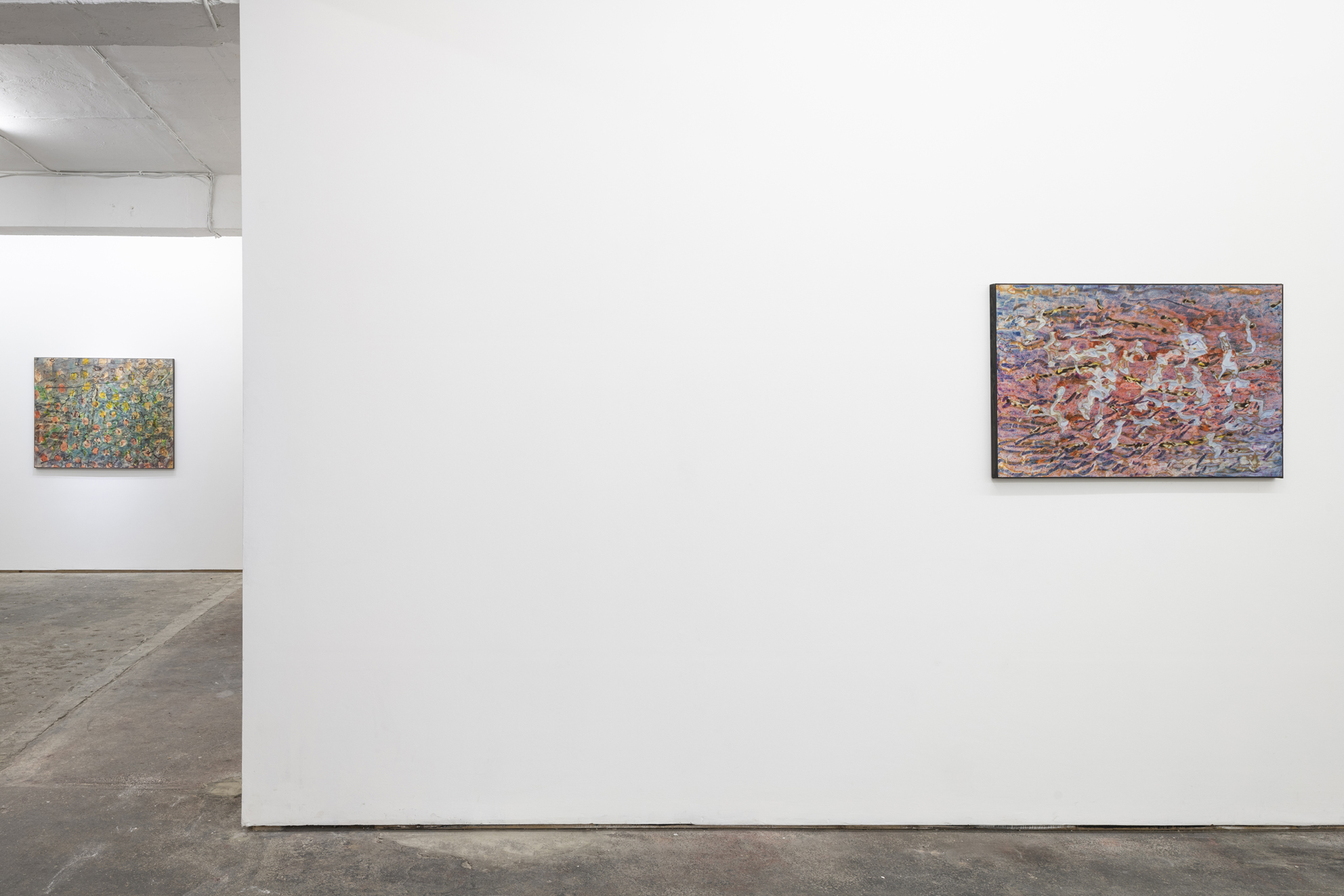 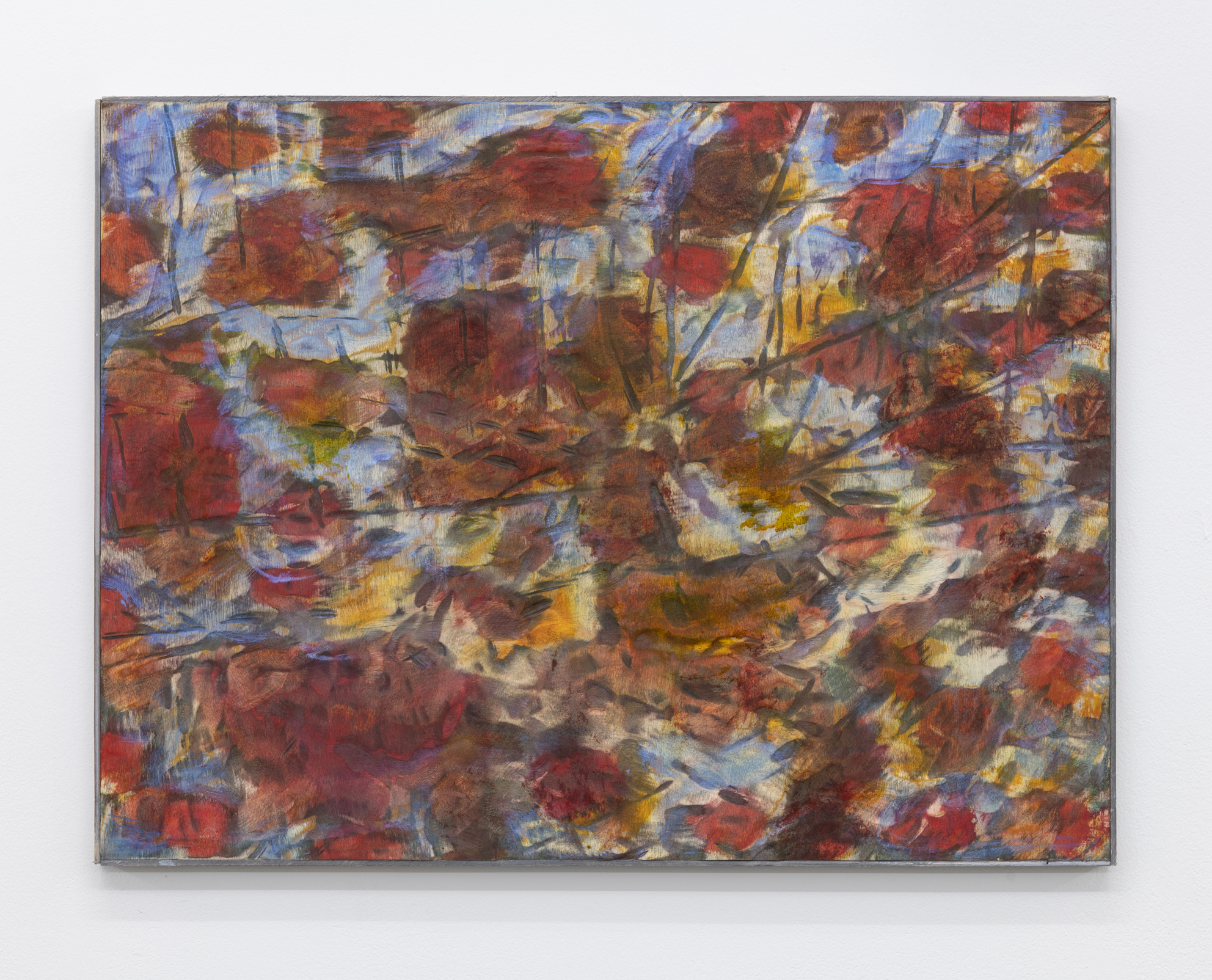 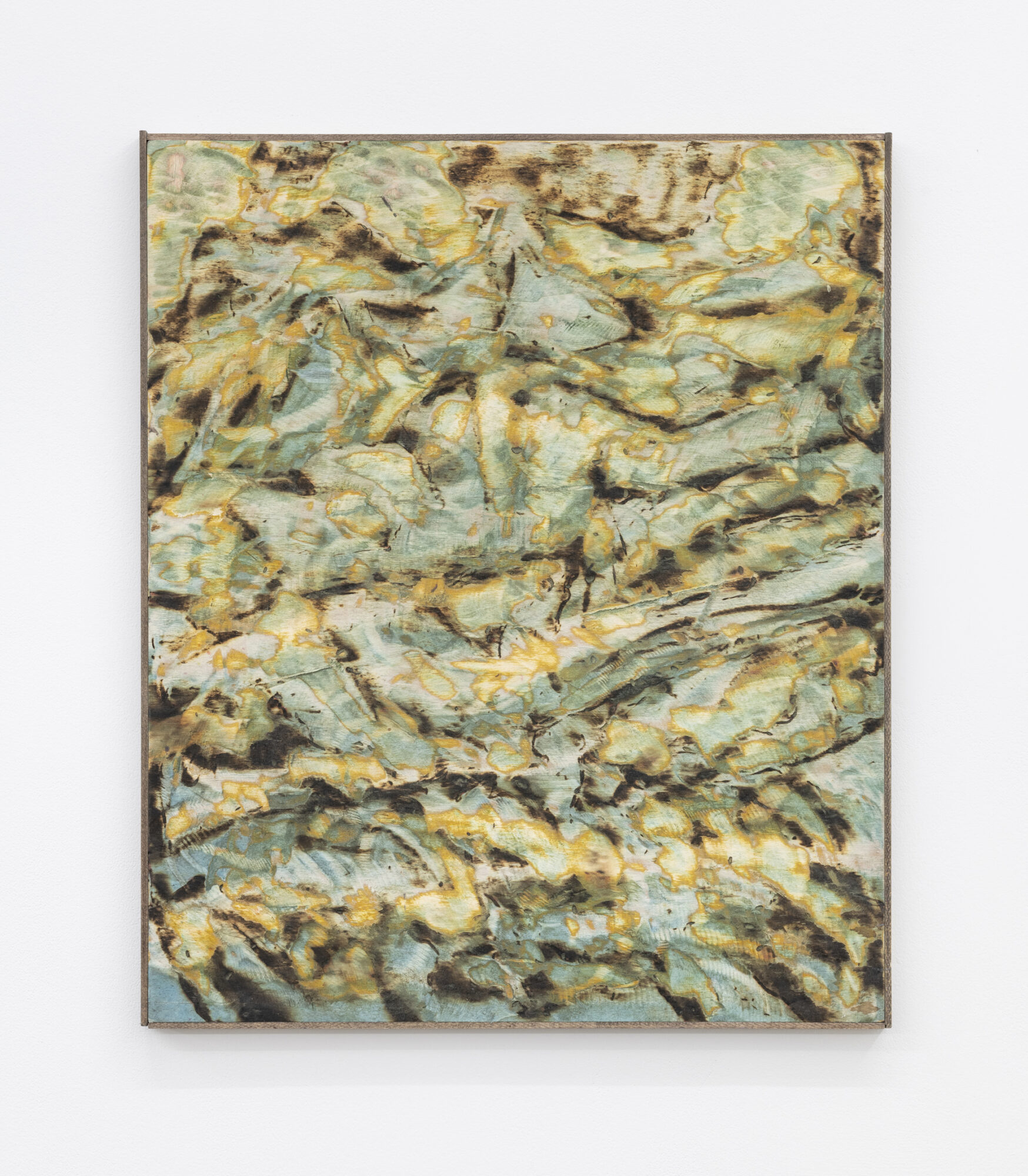 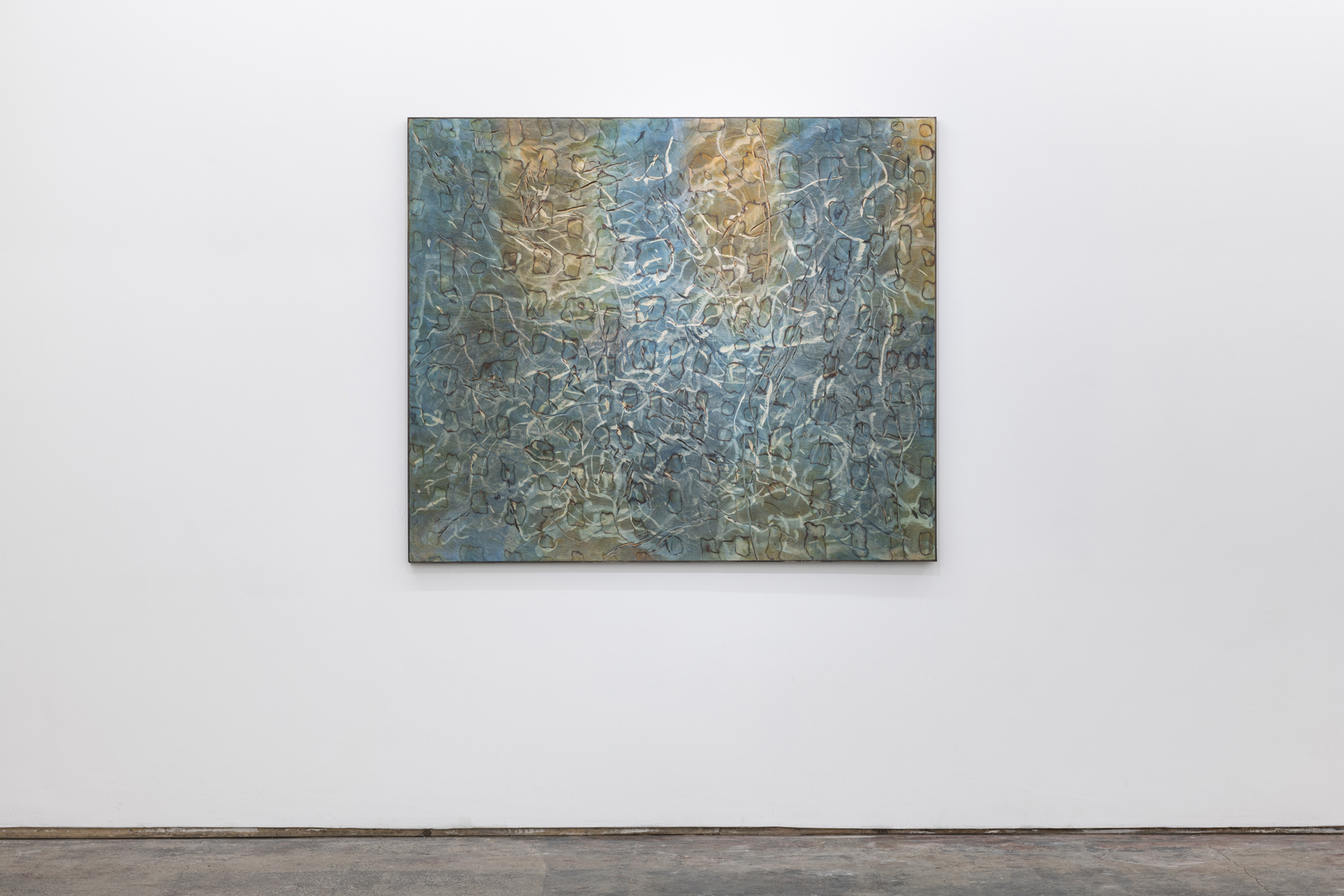 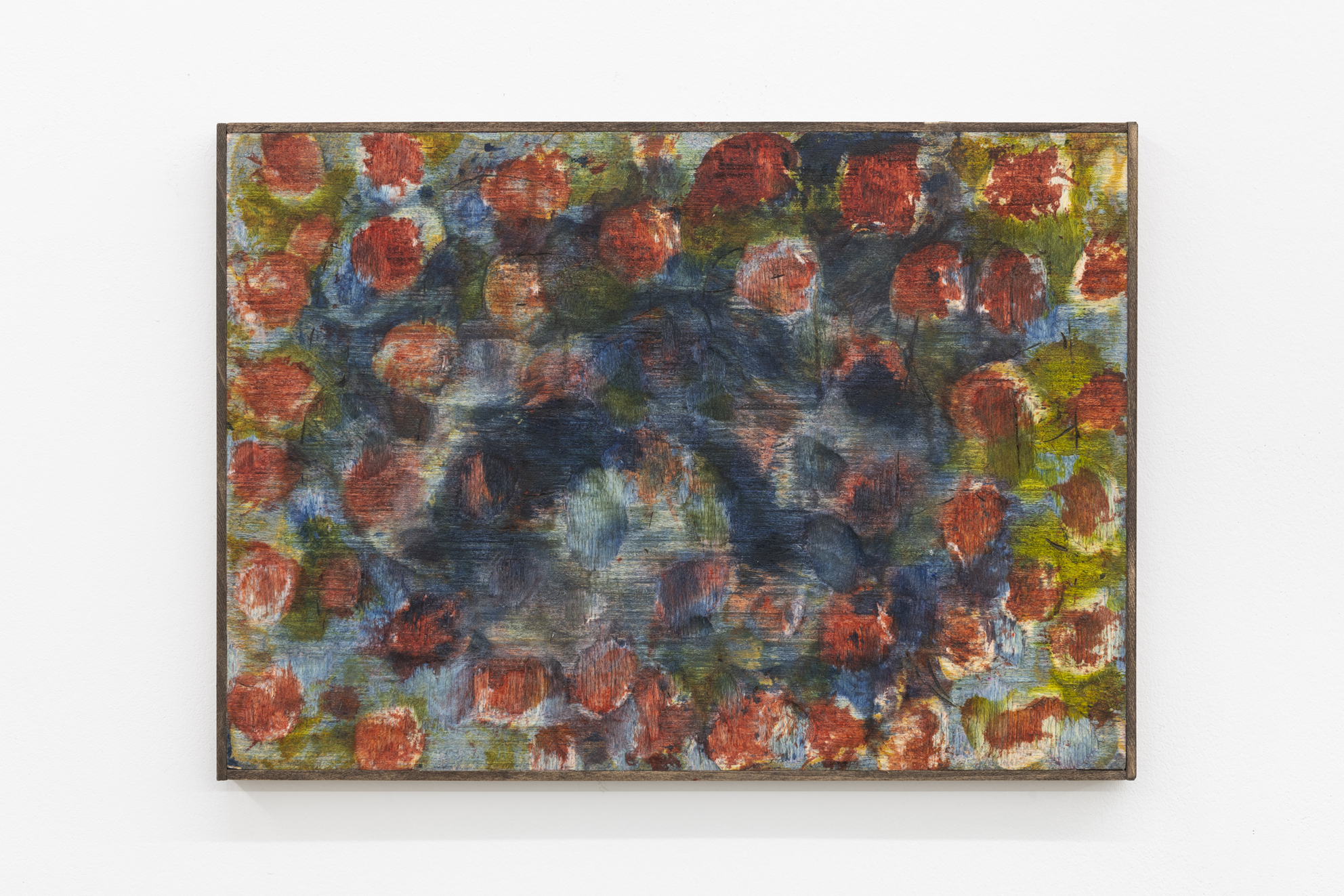 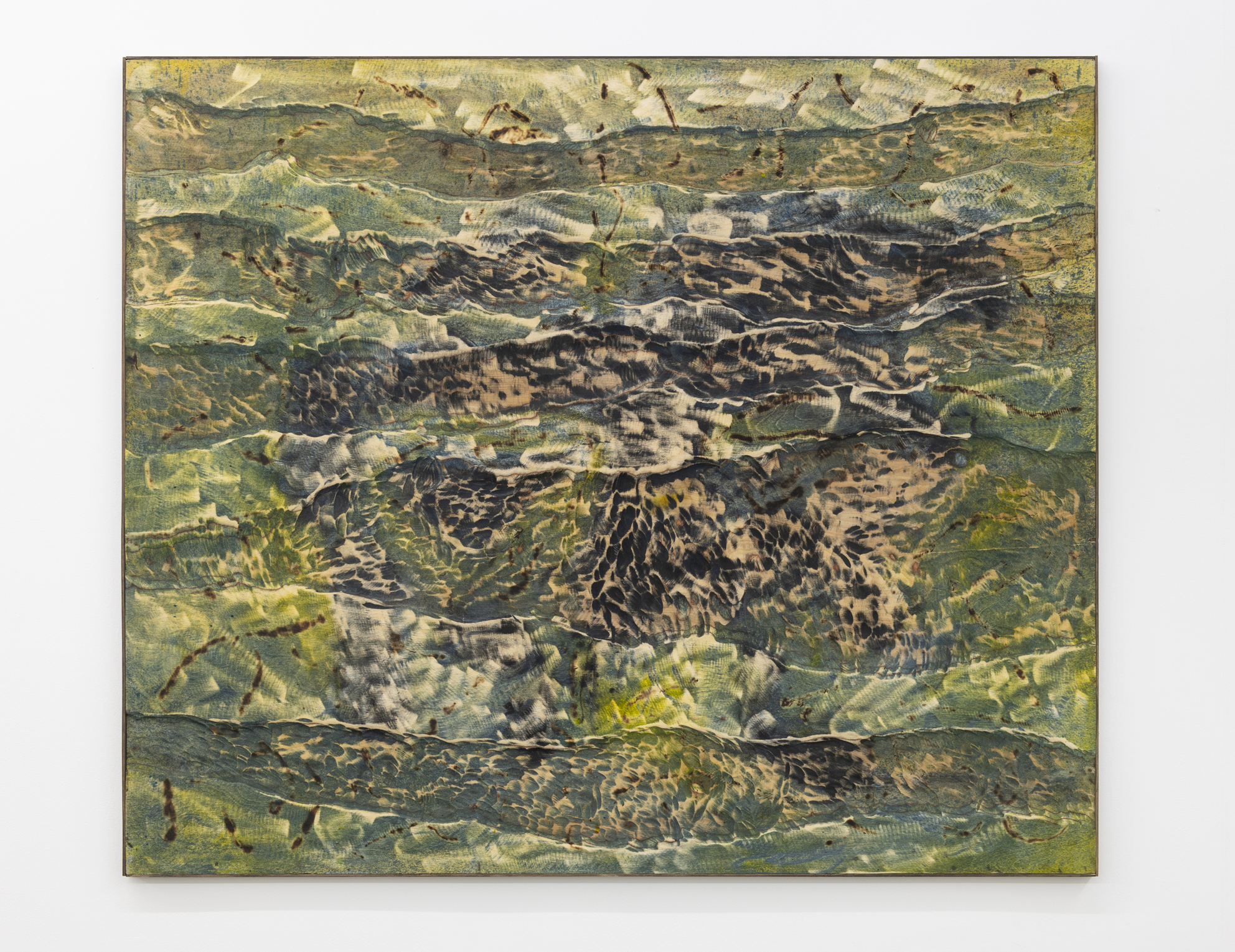 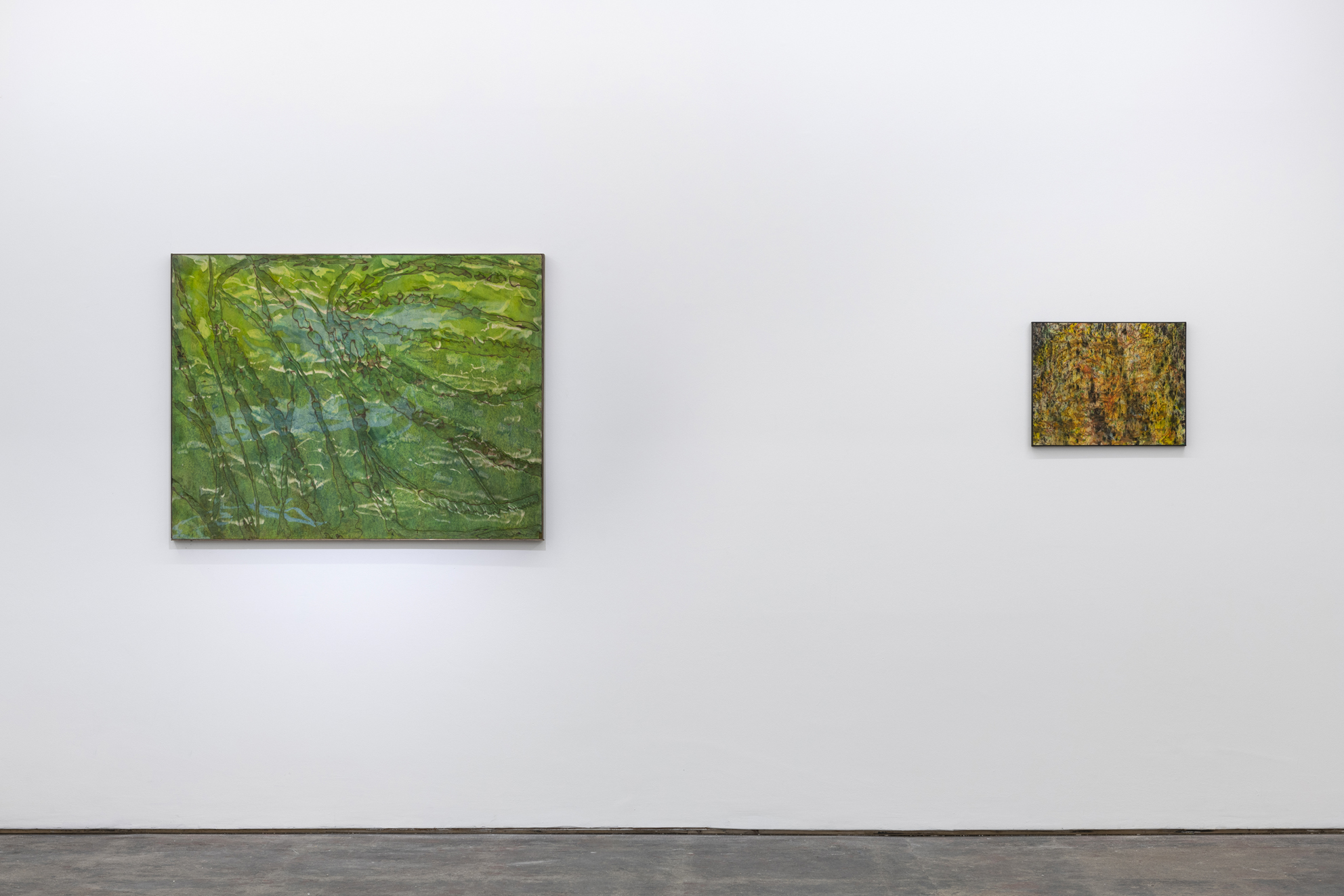 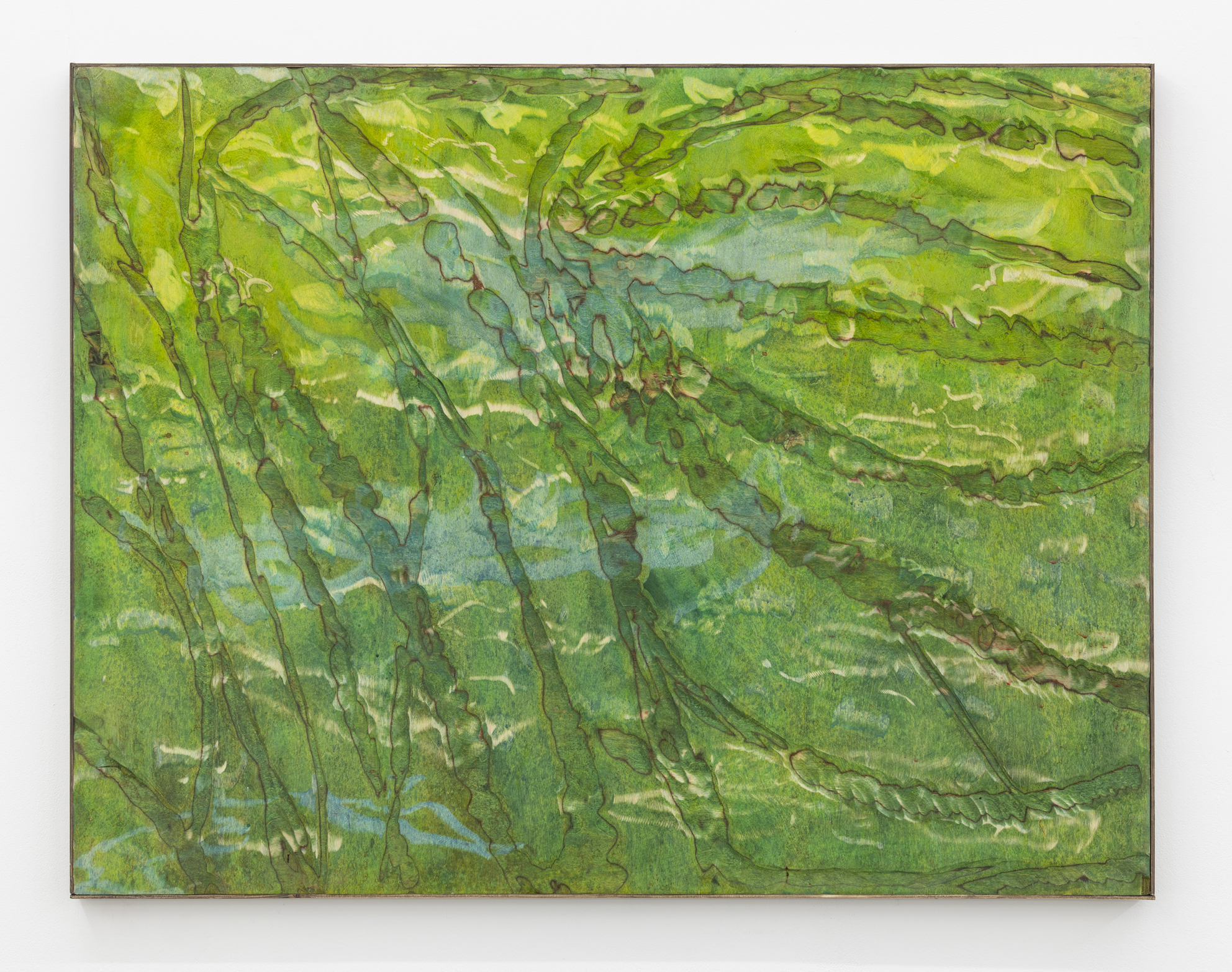 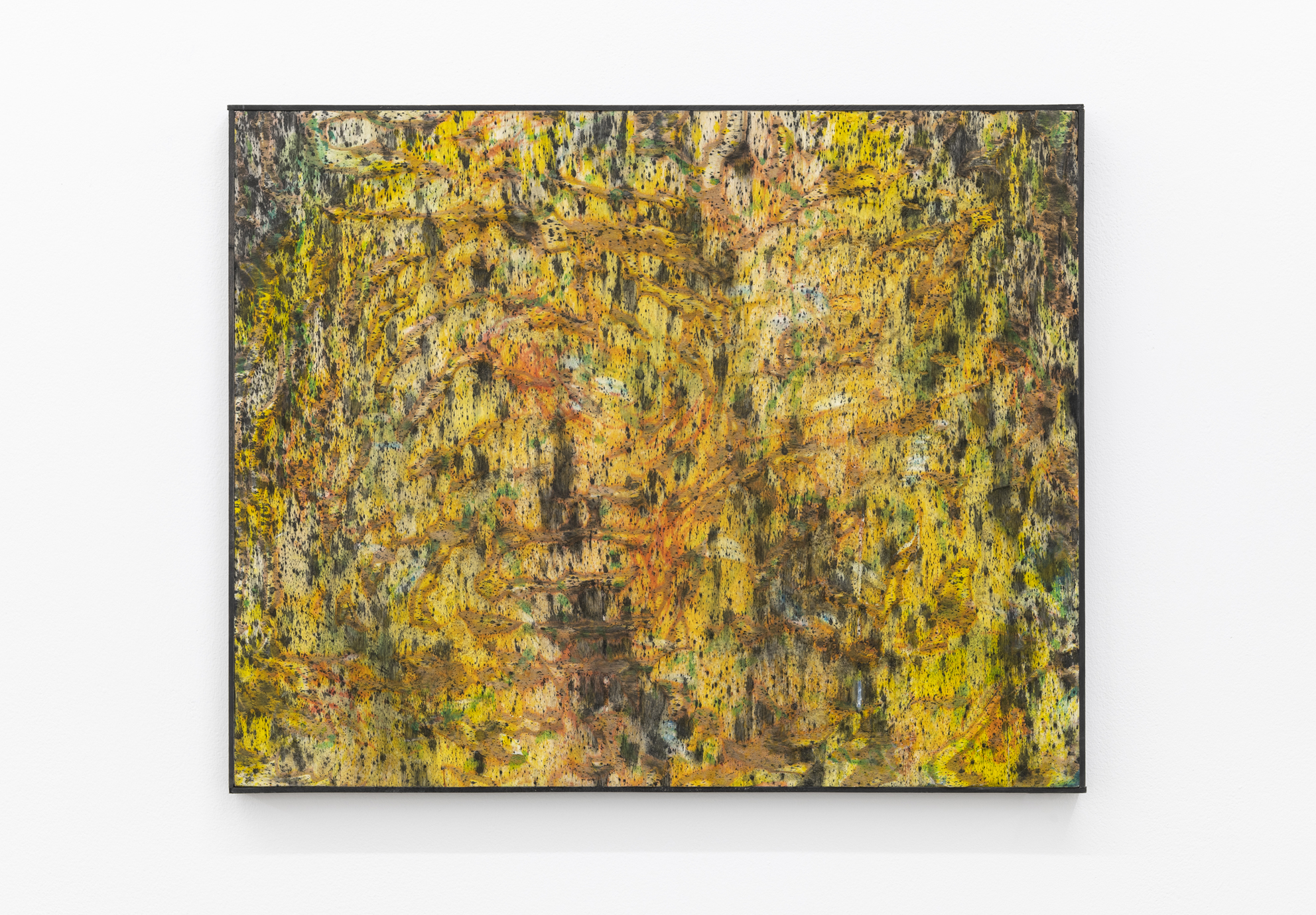