Emily and I tried to meet up at a new bakery in south London, which is still a rarity on this side of the river. By mistake we ended up meeting at a swanky new cafe, in a newly developed area. The place was more of a corporate building lobby, than a cafe – the tables had laminated A4 pages saying “for customers only”. Our desired bakery would open at 10am just around the corner… well, we waited, because these things matter. Emily was as disappointed as me, but would prefer to keep the pettiness to herself. When we finally arrived at the bakery, we sat outside in the sun, and complained about our mothers.

We often talk about being a girl, then perhaps also about being a woman. There is a process in becoming a woman that requires an analysis, not only of the relationship with one’s mother, but also an analysis of the particular mother in question: What made her be the woman she is? What would I keep, and what would I give away? Will I be like her? As if mother characteristics were genetically passed on, and therefore something to actively prevent if necessary. Mothers are both heroines and the cause of all suffering. And again, maybe most of my conversations with Emily are about relationships with other women – the ones we want to become, the teenagers we have been and the ones that we are now. Emily is an avid believer that you just need to sort yourself first and everything else will follow. She means with therapy, of course. I am a bit more pessimistic, but I believe in organic food.

Emily’s reflective process of observation is the essence of her work, she looks closely to patterns of behaviour, enhancing them, repetitively, producing and reproducing clichés until eventually the subject matter becomes exposed and ridiculous. There is something inherently female about being ridiculous, like self-deprecation.

“The Young-Girl is never simply sad, she is also sad that she’s sad.”[1] To borrow the terms from Tiqqun’s[2] Theory of the Young-Girl: the ‘Youthitude’ and ‘Feminitude’ that women are subjugated to, are responsible for the infantilism of women which keep us ridiculous[3]. Moreover that ridiculousness is indeed an expression of vulnerability, that if ‘put to work’ can be a powerful tool. As Judith Butler explains, the mobilisation of vulnerability is in itself an act of resistance[4].

Emily says that Amy Winehouse is the personification of her adolescence, the incarnation of the emotional rollercoaster that is being a young girl. “(…) I cried for you on the kitchen floor” Winehouse is the portrait of ridiculousness, and yet a role model. Her lyrics convey helplessness, but the intensity of her tragic life and then death, became the spectacle. The socialisation of the young girl is, in one way or another, the arrival to the Spectacle[5].

In Boys on Film, a group of teenage boys are the protagonists of the exhibition, even so, the boys perform in juxtaposition Emily’s intimate diary notes and Winehouse’s song You Know I’m No Good. The work is developed across video, audio and performance: the videos show the boys rehearsing, all together or individually, zooming in and framing close-ups of their mouths; on headphones Amy Winehouse sings her 2006 album Back To Black; in the performance the boys are lounging or posing, like Greek-Roman statues, partly hidden behind domestic curtains, similar to the ones in their mothers’ houses, they are speaking and singing through holes specially made to reveal their lips.

Looking at the boys, I am the voyeur: looking at their transitional bodies, looking at their awkward naivety, the gaze is upon their lips pronouncing the words. Progressively, I take notice that what I am not seeing is a group of young girls. It is uncanny to acknowledge that the change of gender makes the work notably more gendered. The sexualisation of the image of the young girl is normalised, however to watch the boys is uncomfortable – it becomes apparent that a simple decontextualisation between the sentimental words and the male bodies, lead to a critique of the gaze[6].

Back at the bakery, Emily tells me about her experiences of growing up. It is traumatic to be in constant flux, like a cake baking in the oven – DING she’s fully cooked now, grown, matured, in bloom, ripe, ready – the precocious self-awareness of the sudden objectification inflicted on the female body, often reflects in a complex relationship with food. To eat or not to eat, that is the question, but beyond intangible beauty standards and a lifelong companionship with salad, the question is one of mediation over the little autonomy one has on the body – one hand tied by teen hormones and the other by language of commodification that confounds our sexuality with types of food and flora. Eating my cardamom bun, I conclude that the ridiculisation of women lies on the constant negotiation and retaliation for this autonomy.

Alike the mother figure, adulthood requires an analysis of our own young girls. To come to terms with them, to love them… Young love is narcissistic, says Emily, “Love for the Young-Girl is just autism for two,” says Tiqqun[7]. The idea of healing through self-love is the teachings of most religions and social rights movements, after all the procedures described in the Art of Loving[8] are in themselves invested in attaining maturity, yet the contemporary idea of the same, is reduced to yoga classes. “The Young-Girl never creates anything; All in all, she only recreates herself.”[9] Narcissistic love self reproduces, it is thus a necessary symptom of the consumer society of the present, it demands permanent self-valorisation to survive.

Moreover, keeping women in a state of self-induced adolescence entails a percentage of self-destruction. Fetishising her own decay, Winehouse warned us when she sang “I told you that I was trouble, You know that I’m no good”. In Boys on Film, Winehouse’s lyrics are blurred with Emily’s words “my mum said she didn’t raise her boys any different from her daughter”. The work lays out clearly the impossibilities still at play for the decolonisation of the young girl. Boys on Film, captures a time, a state of mind and a problem that needs to be overcome, imaginably towards a new mode of sentimental education and radical love.

Even so, as you know, boys will be boys.

Mariana Lemos is a curator based in London researching feminist methodologies and is a friend of Emily Perry.

Emily Perry lives and works in London. She studied at Goldsmiths, graduating in 2018 and recent exhibitions include A Performance Affair, (2018) in Brussels with Seventeen,  and Woman with Salad at Focal Point Gallery (2019).

[2] Tiqqun is the name of a French philosophical journal founded in 1999 and its collective of writers.

[4] Rather than the act of overcoming vulnerability. Vulnerability in Resistance (2016) Judith Butler, Duke University Press.

[5] Following Guy Debord’s use of the word Spectacle in The society of the spectacle (1994) Guy Debord, New York: Zone Books. 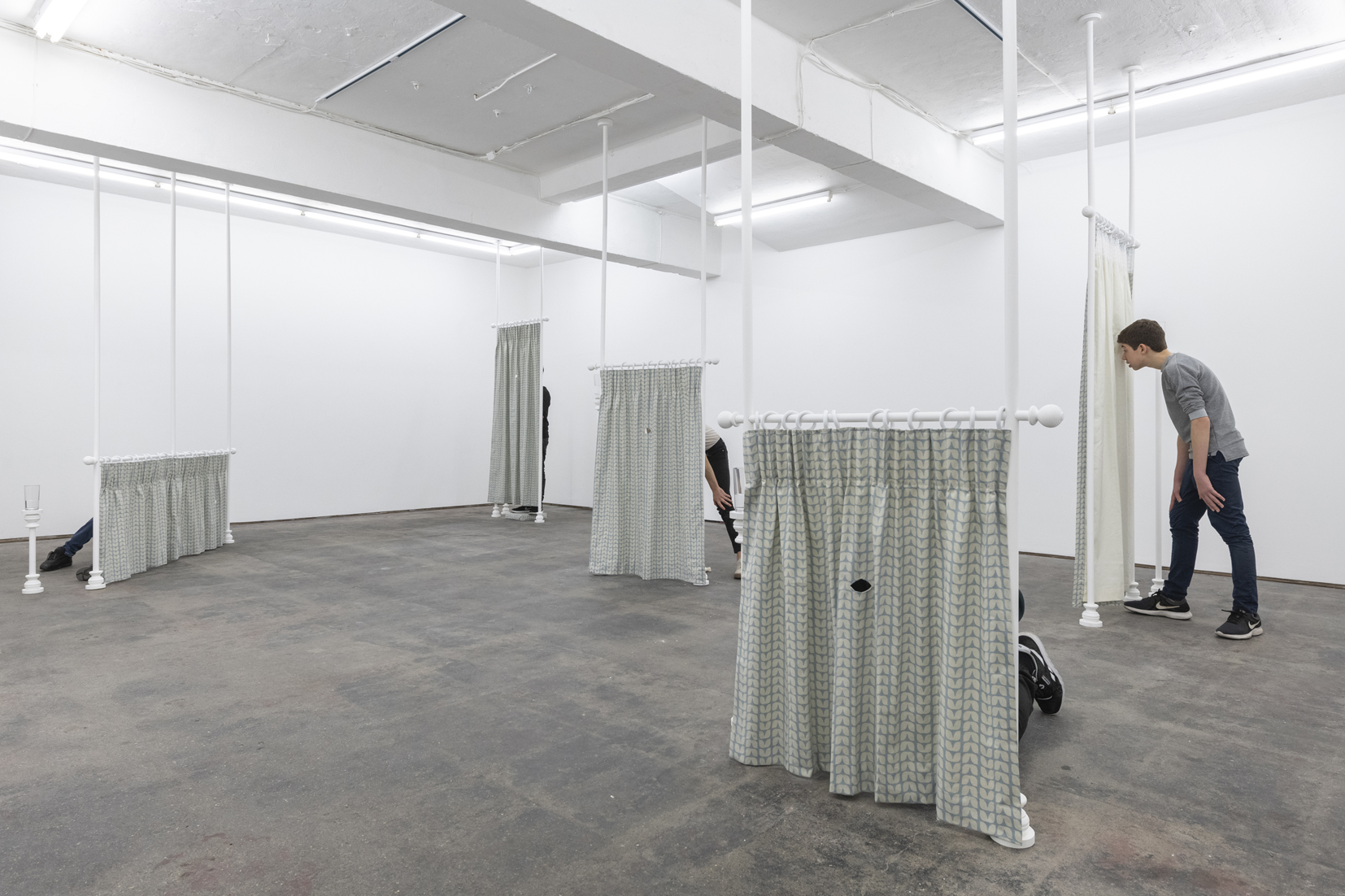 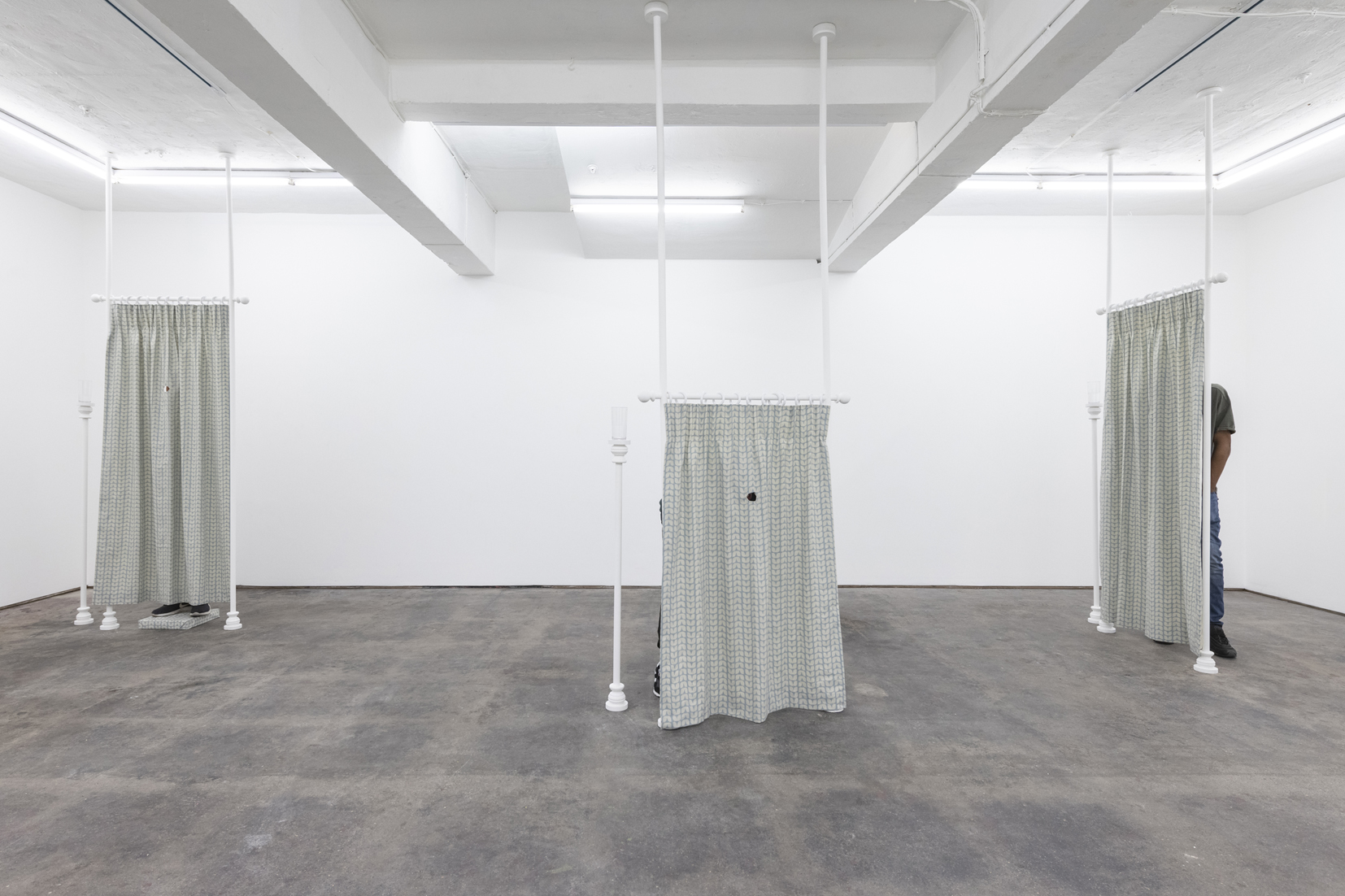 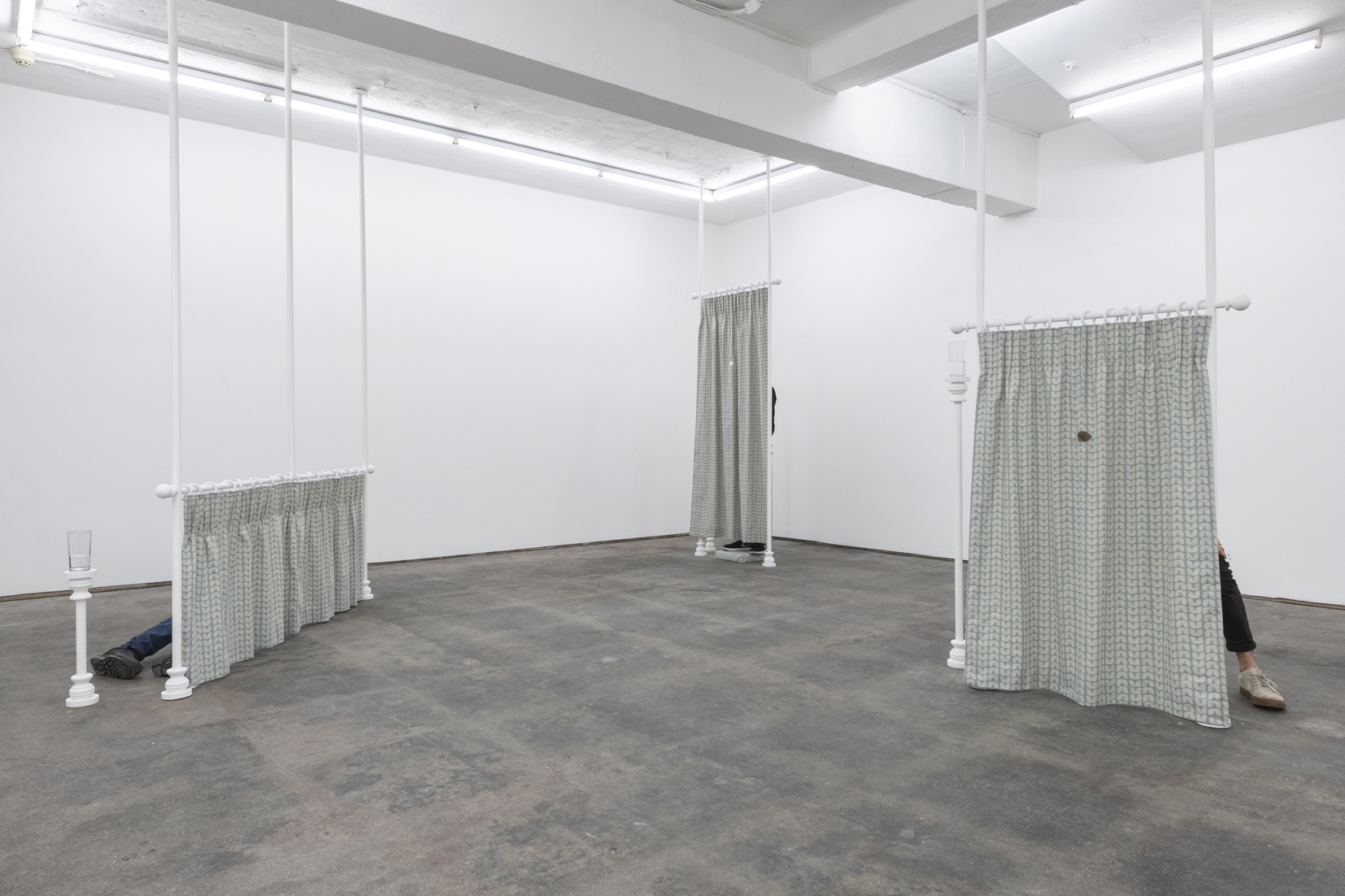 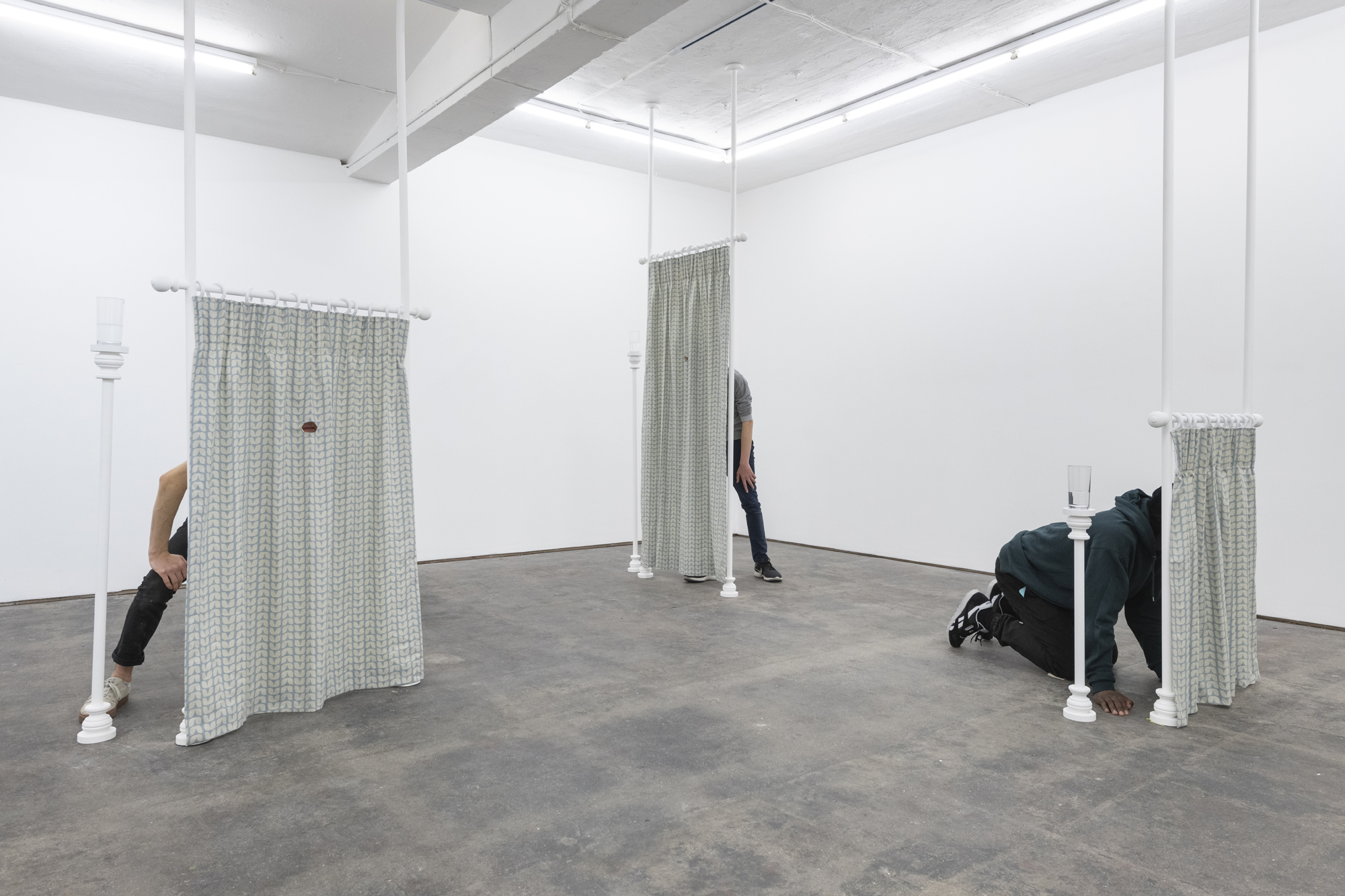 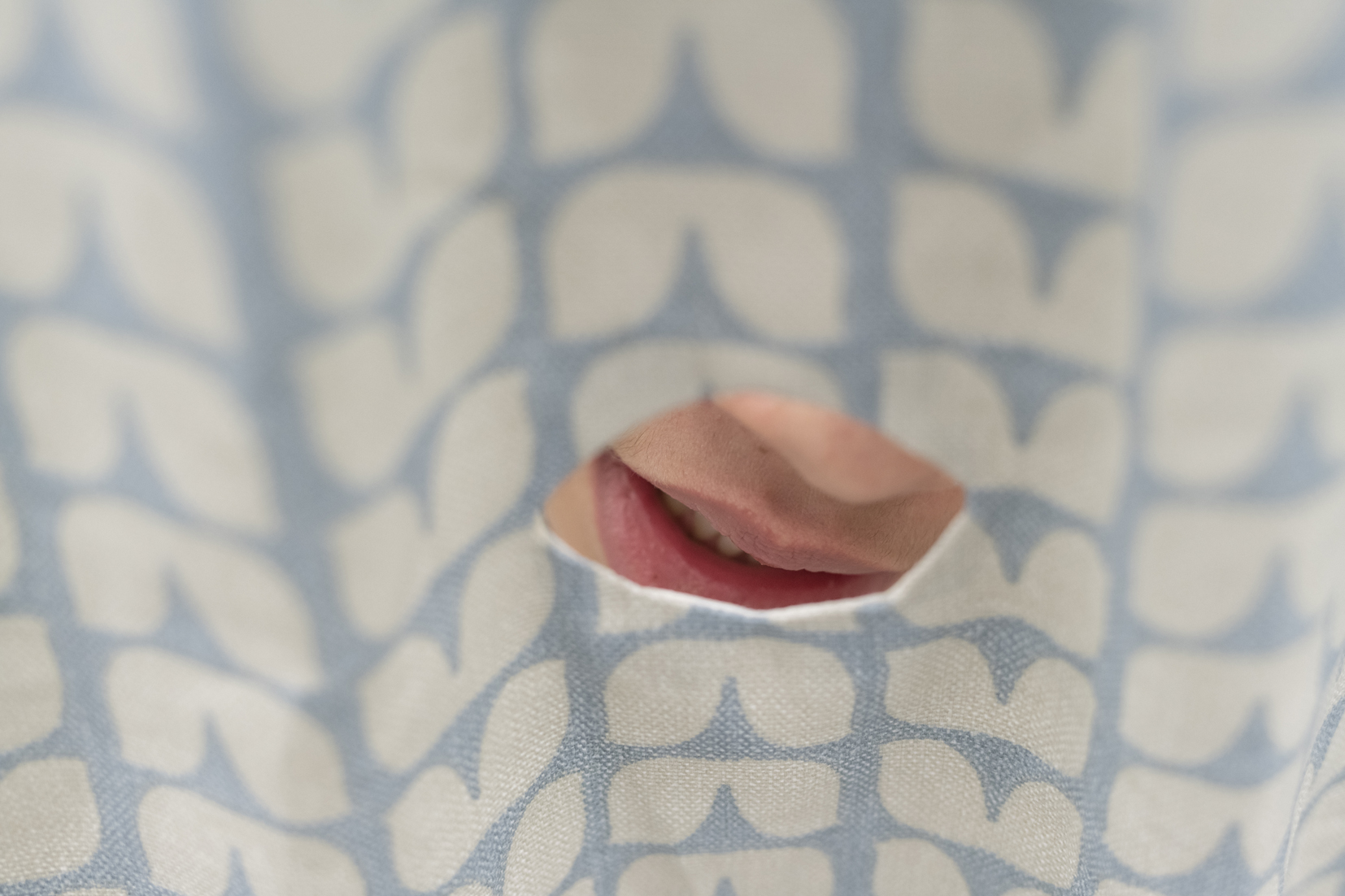 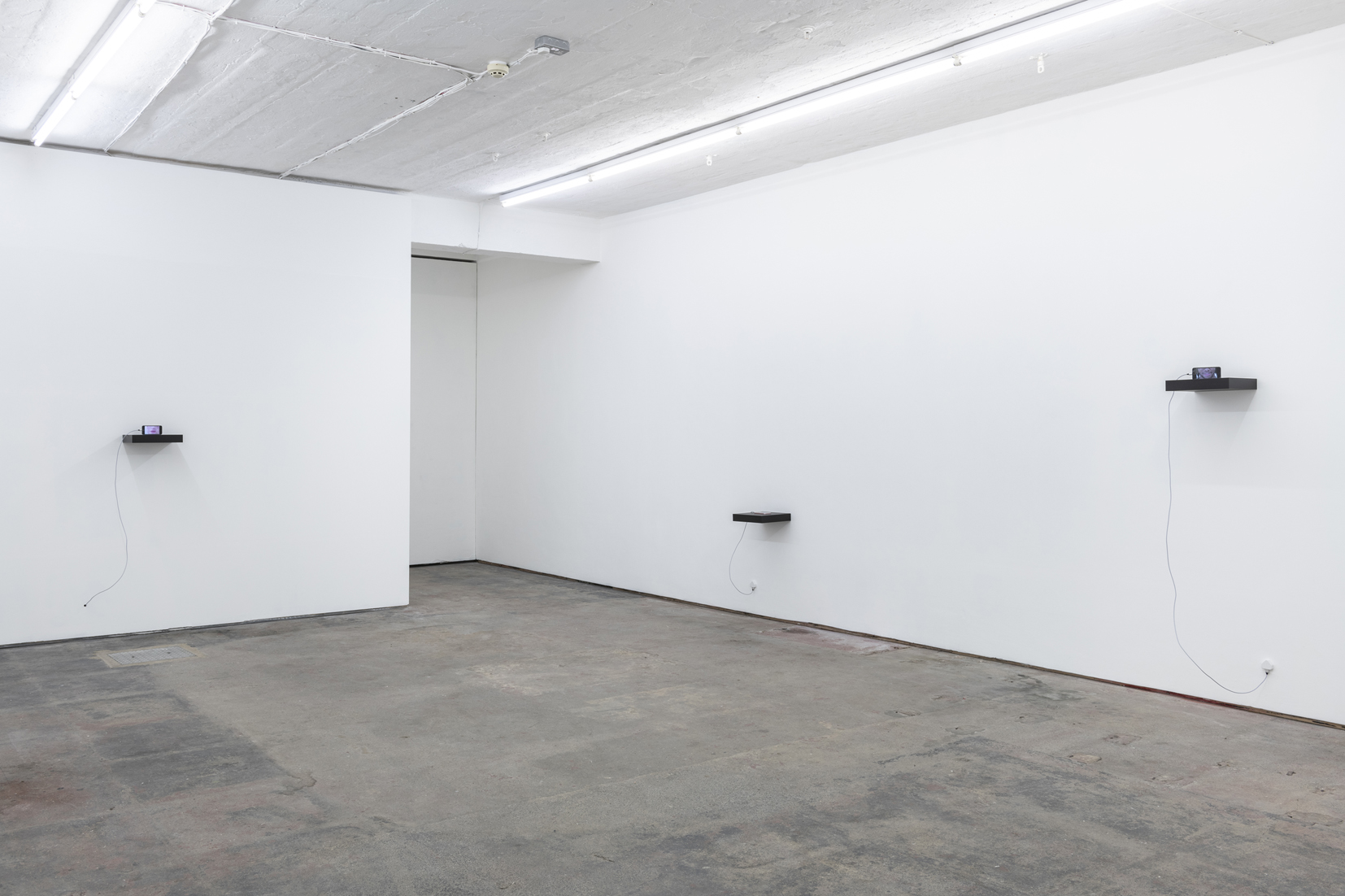 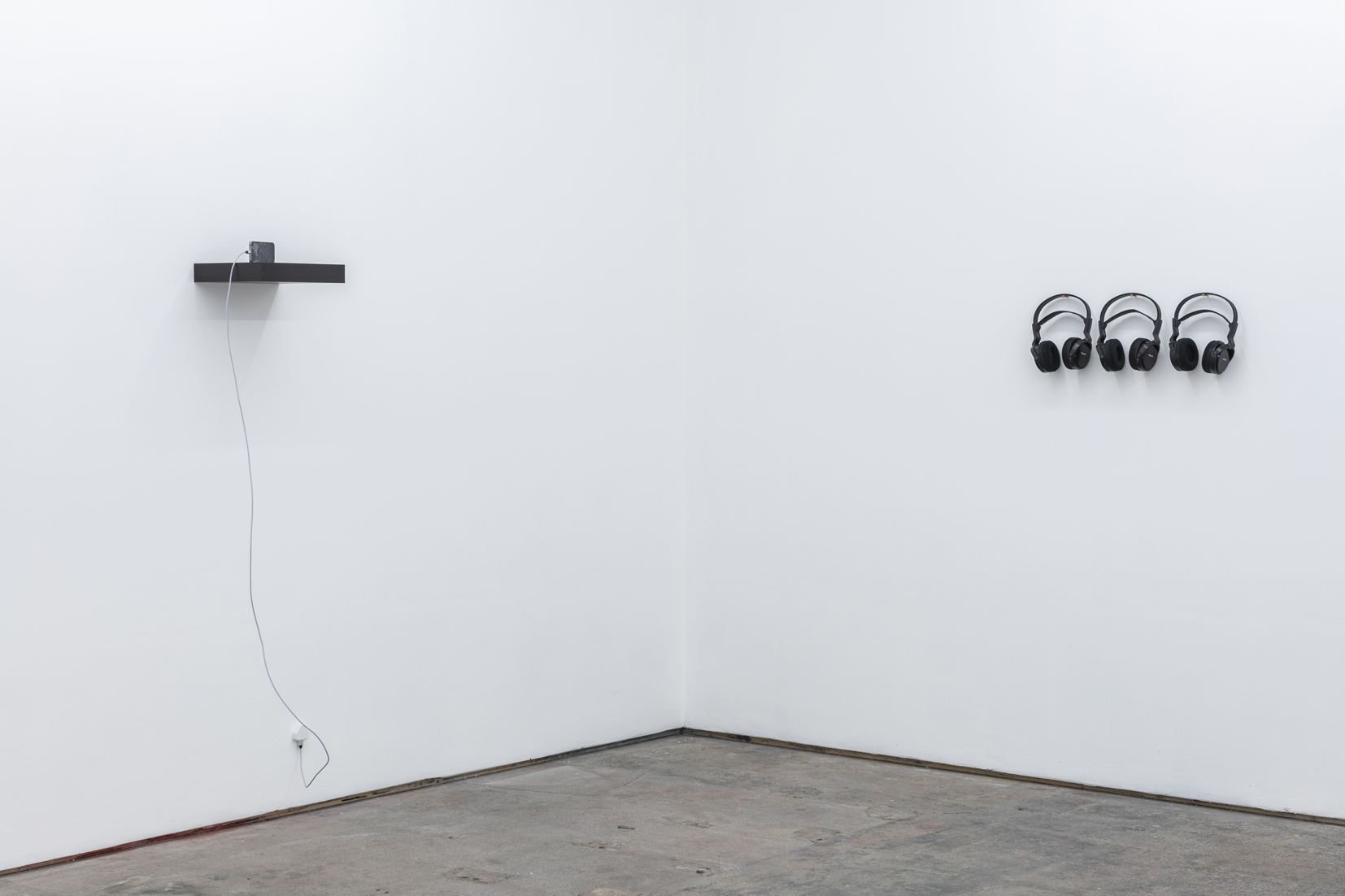 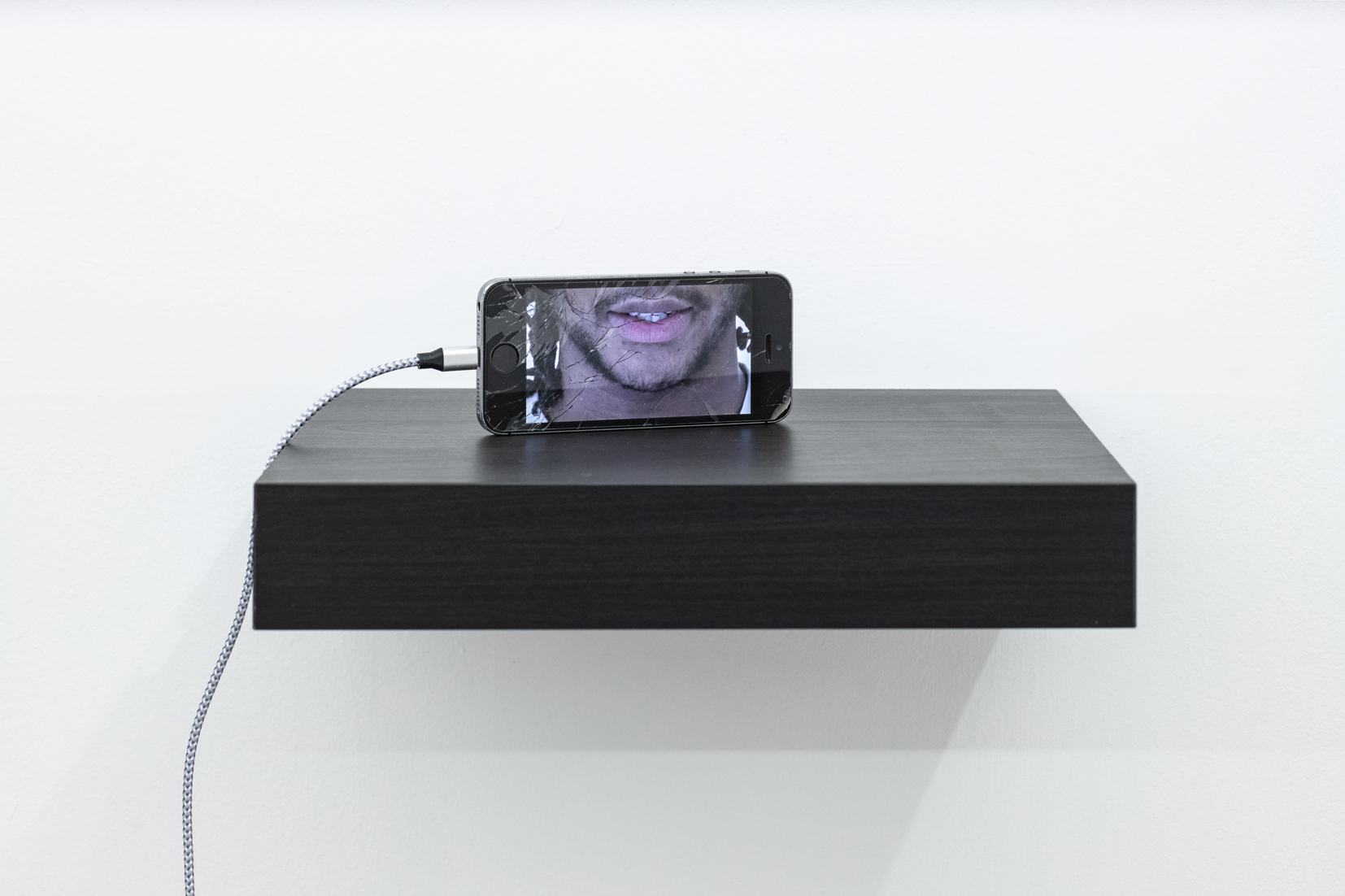 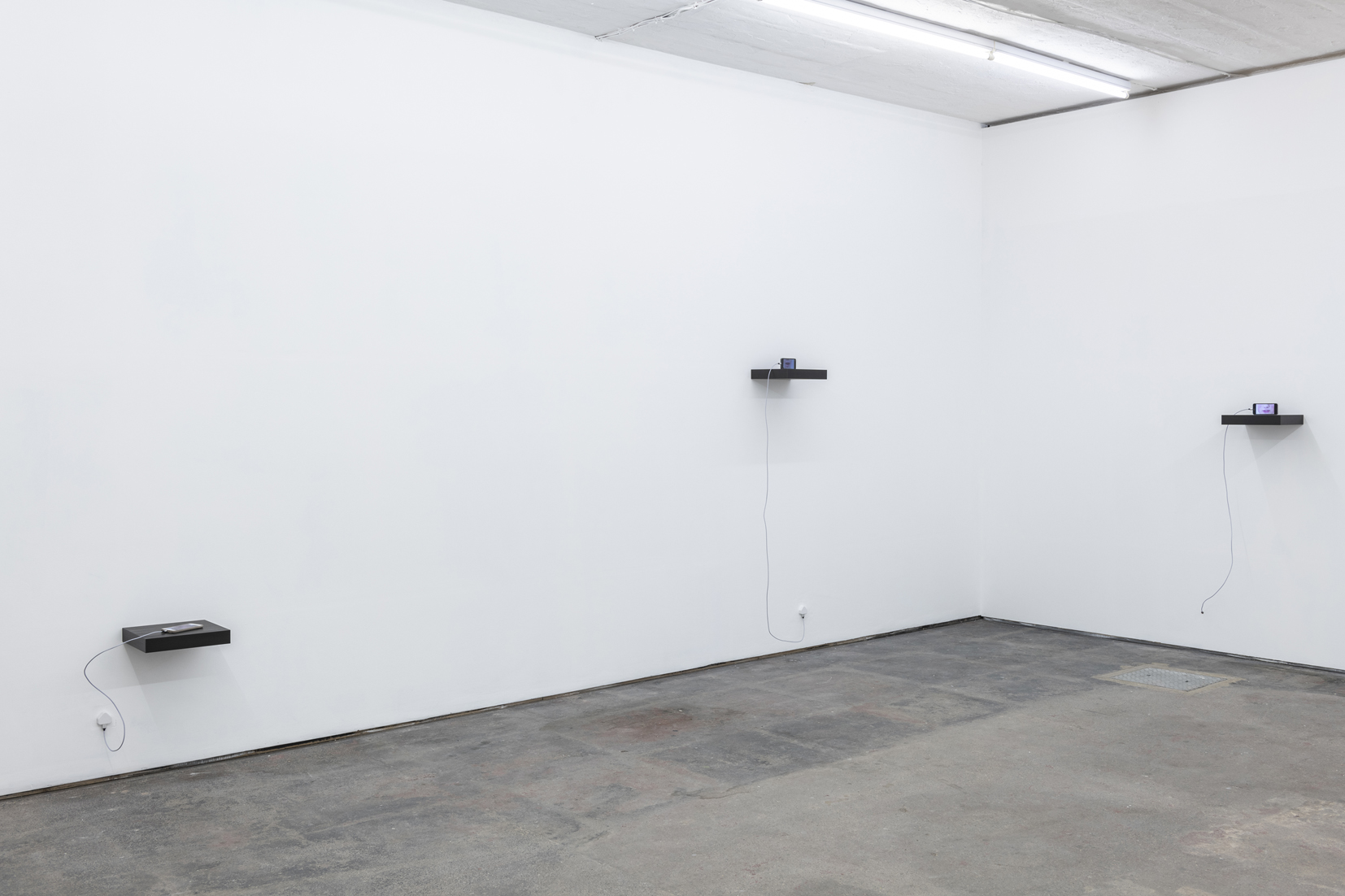 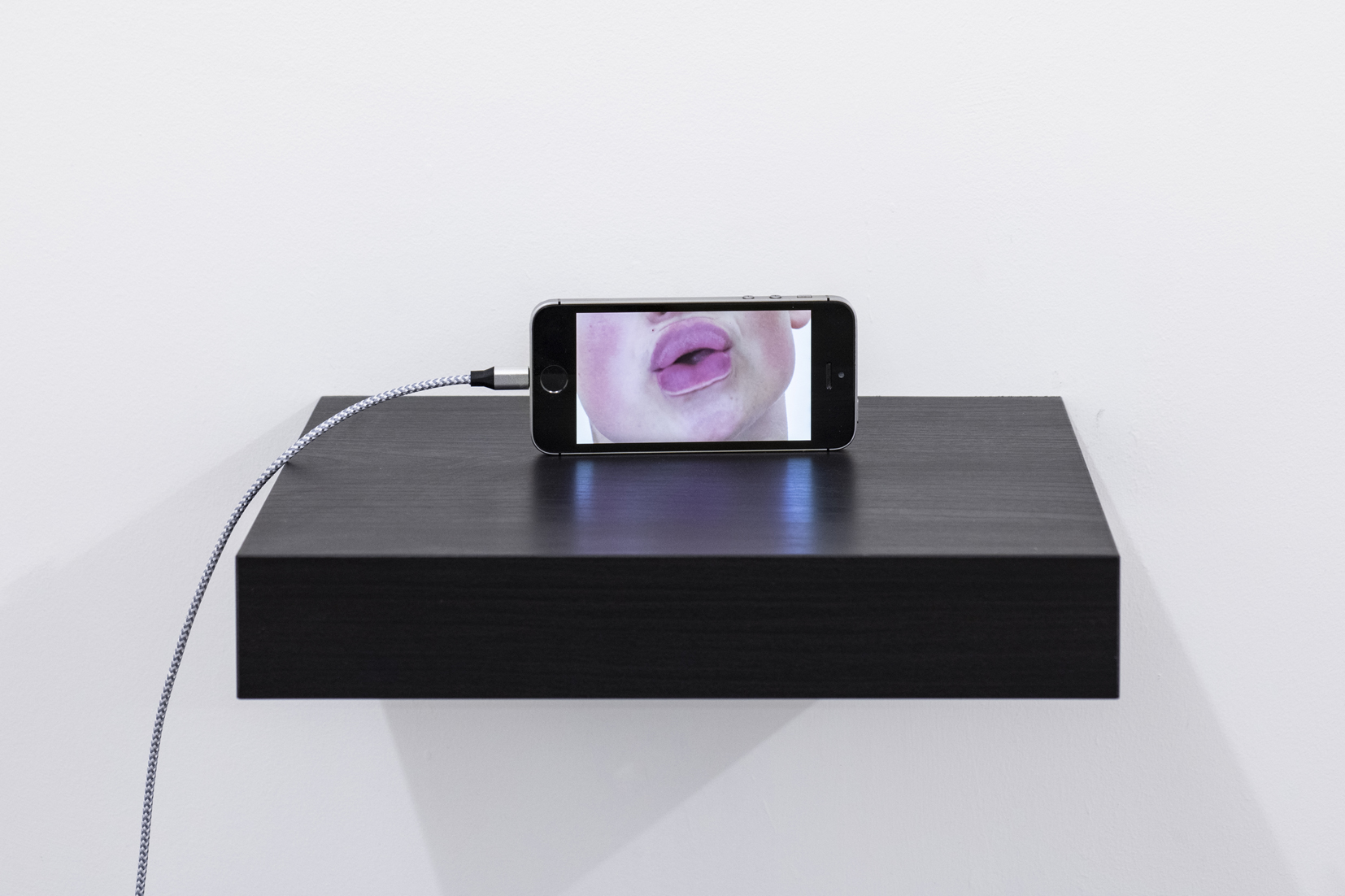 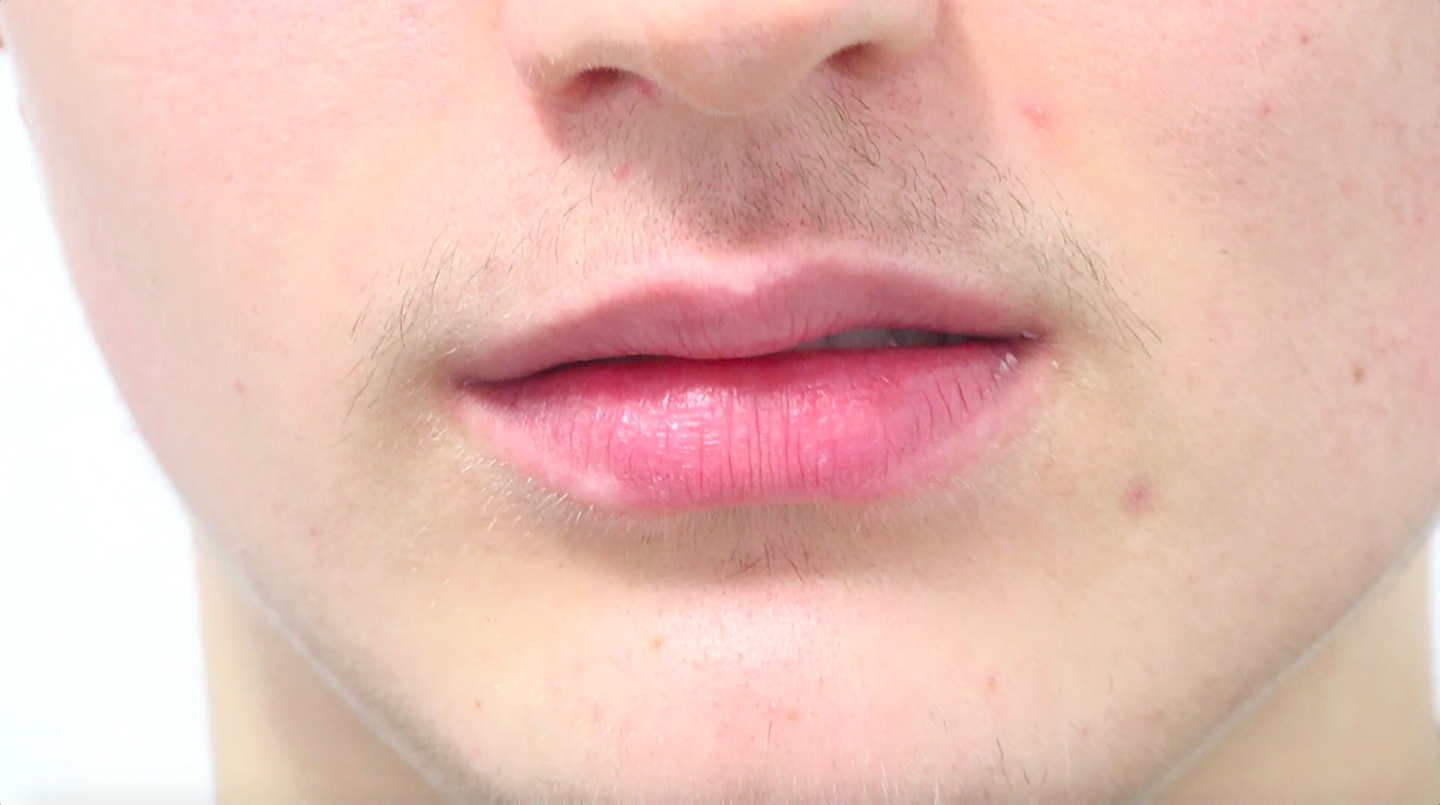