Dan Shaw-Town’s first solo-show with the gallery is an arrangement of four wall and floor based pieces. Each work contains a composition of graphite and spray paint covered paper, which has been heavily worked, creased and manipulated, or folded over on itself repeatedly.

The works employ conflicting elements. On the one hand, Shaw-Town demonstrates personal gesture in the dense build up of hand worked graphite. At the same time he alludes to the language of manufacture; wall works are of standardised size and nailed up using metal grommets, large areas of paper have been sectioned off and systematically sprayed with paint and floor based works are supported by rubber sheeting or industrial steel. The covering of graphite is gestural but also impersonal. It describes the exhaustive and repetitive series of actions to build up the surface, but the hand of the artist obliterates itself in repetition.

It also occupies a space somewhere between drawing and sculpture, concerned simultaneously with the pictorial and material. Wall works can be read as formally minimal compositions, but the folded floor based pieces hide the majority of their surface. Shaw-Town combines the materials graphite, paint and paper, to produce a new substance, a new material, a process that isn’t accurately described by the familiar moniker of graphite on paper. 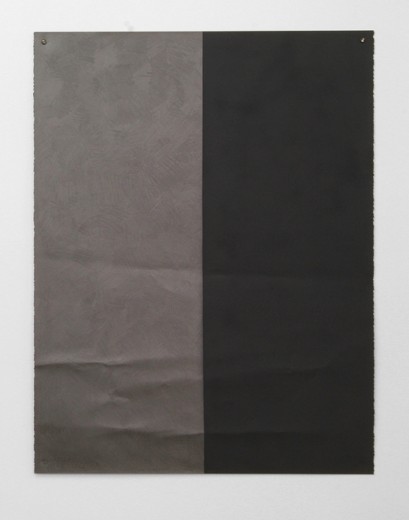 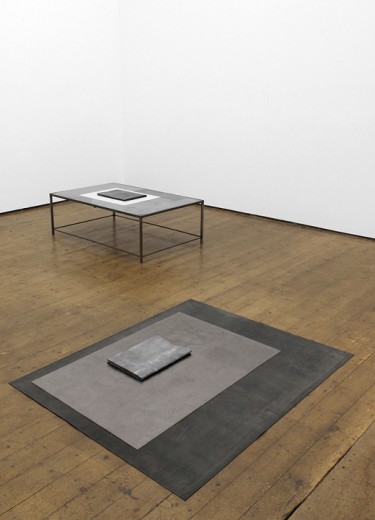 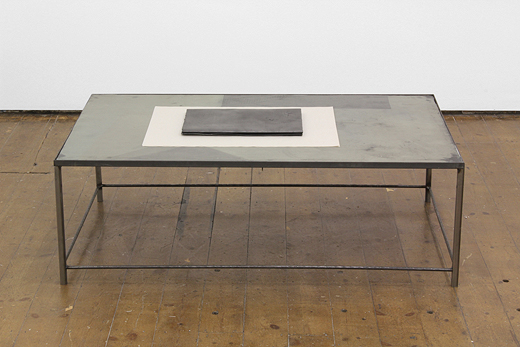 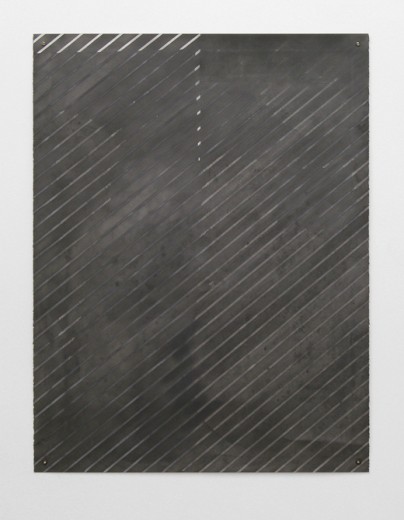